One of the most striking things about the pandemic is the fact that the veneer of technological advancement that’s been hovering over the past decade or so has revealed itself to be mostly useless. Newly-unemployed people are struggling to get their calls to unemployment insurance centers answered, and all the iPads in the world aren’t going to be enough to adequately educate children confined to their homes. This crisis has conjured the bizarre sense that everyone has been thrown back in time to much more fraught era, a sensation that has been compounded by the recent resurgence of drive-in theaters.

Because people are cooped up with their families and desperately seeking entertainment that doesn’t involve the home, cars have proven to be extensions of social distancing for parents and children who wish to watch movies out in the open. Huge surges in ticket sales at drive-in theaters have been seen in locations as wide-ranging as Central Florida, Germany and South Korea. Across Germany, a number of drive-in theaters are in development, while some, such as Theater an der Niebuhrg in Oberhausen, are adapting the concept for live theatrical performances. To account for distancing regulations, only two artists appear for each performance; meanwhile viewers are limited to a maximum of two adults per car.

Some businesses and organizations have also been making use of the idea of drive-in viewing. During Easter services, churches used drive-in movie theater stages in order to preach to their audiences from safe distances, and musicians have similarly been performing on the premises of places of worship while spectators watch from their cars. In San Antonio, Mission Park Funeral Chapels and Cemeteries recently announced plans to open up a drive-in theater so that mourners could potentially watch funerals on projected screens while also maintaining social distancing guidelines.

So for the time being, when it comes to movies, dance, theater, church services, rock shows and everything in between, a return to the days of drive-ins might be the way of the future. 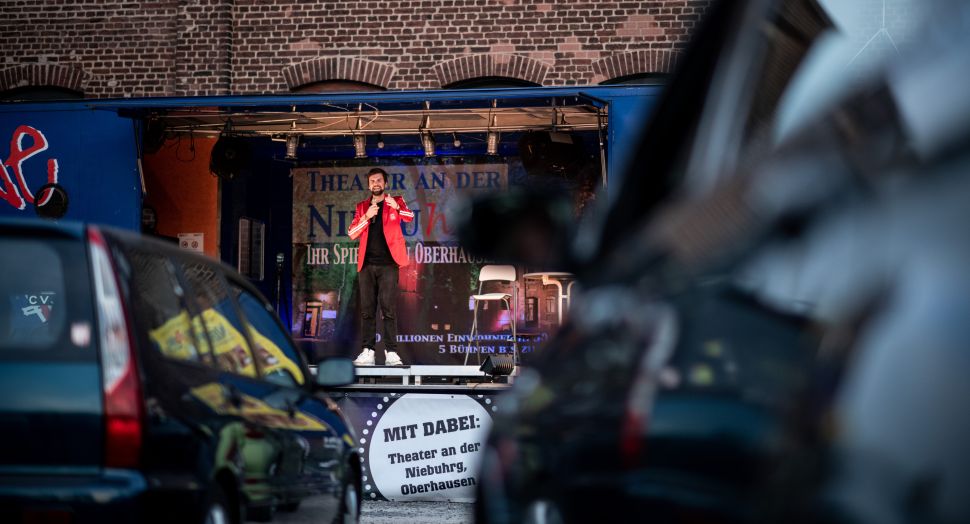