In the middle of a pandemic that has forced countless businesses into bankruptcy and left tens of millions of Americans jobless probably for good, Tesla CEO Elon Musk is about see the best payday in his life.

The billionaire futurist is set to receive $750 million worth of Tesla stock, if the electric carmaker’s soaring stock can hold past its first-quarter earnings release on Wednesday afternoon.

SEE ALSO: Tesla Seems Immune to Coronavirus’ Blow to Automobile Sales—But Is It?

In March 2018, Tesla’s board approved an unprecedented compensation package that would pay Musk $56 billion worth of stock options over the course of ten years, on the condition that he meets a set of lofty performance and operational goals, including growing Tesla’s market value to $650 billion by 2028 at a steady pace of a $50 billion increase every 10 months.

That target sounded simply impossible at the time, when Tesla was worth just $60 billion at $250 per share. But after two rounds of wild stock rally—one in January 2020 following Tesla’s strong 2019 results and the other this past month—pushed the electric carmaker’s share price to nearly $800, valuing the company at $145 billion, the goal suddenly seems a lot more attainable.

All it takes is for Tesla to rise a little bit more on the stock market and reach a six-month average market cap of $100 billion, which would then trigger the first tranche of Musk’s pay package to materialize, allowing him to buy up to 1.69 million Tesla shares at $350 apiece. If Musk were to exercise those options in full and sell the stock on open market at today’s price of $786, he would profit around $750 million instantly.

Musk stood a good chance of receiving that gigantic bonus in early March when Tesla shares hit a record high of nearly $900. But the stock had quickly plummeted to below $350 by mid-March as the broader U.S. market tumbled on the coronavirus outbreak.

Musk’s gigantic compensation plan consists of 12 tranches throughout 2028. If fully paid out, Musk will be the highest-paid business executive in U.S. history.

Tesla’s U.S. factories in California and New York have been closed for over a month due to local shelter-in-place orders in response to COVID-19. As some states begin loosening pandemic restrictions this week, Musk is growing impatient.

Tesla will announce first-quarter earnings after the market closes on Wednesday. Investors will be closely watching delivery numbers, revenue and profits, as well as what the company has to say about the coronavirus’ long-term impact on its business. 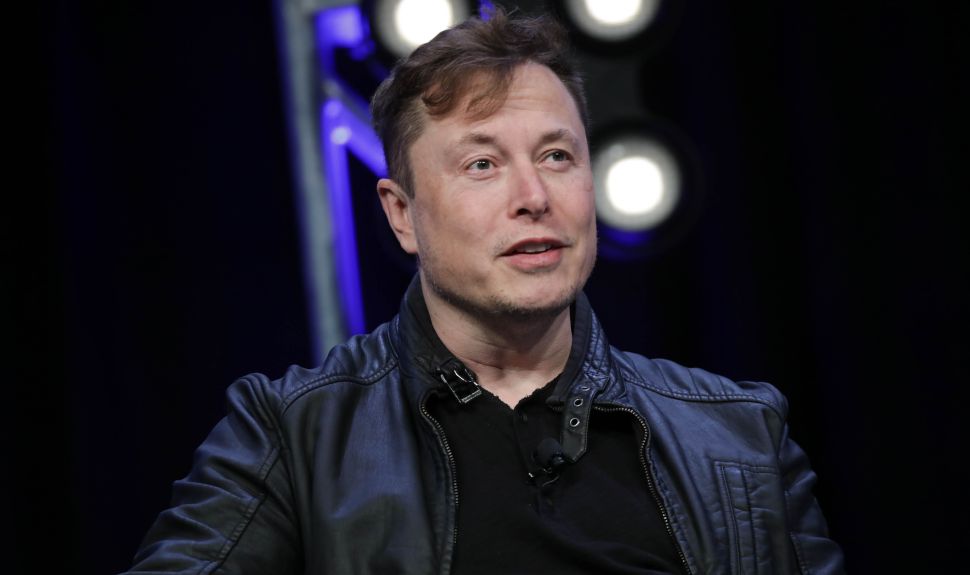