On April 1, one-third of Americans failed to pay rent due to the financial impact of COVID-19. The commercial real estate world barely did better. Even America’s most deep-pocketed tech unicorns, such as Tesla, are struggling to catch up on their monthly payments.

As part of a slew of drastic cost saving measures in response to the pandemic, Tesla recently notified its landlords—who own Tesla’s offices, service centers and retail locations—that it would not be able to pay monthly rent in full “effectively immediately,” The Wall Street Journal reported on Monday.

“The rapid world pandemic that is now affecting our country has led Tesla to make strategic decisions to ensure the company’s long-term success and growth,” the electric carmaker said in an email sent to landlords seen by the Journal. “As a result of the increasing restrictions on our ability to conduct business, we would like to inform you that we will be reducing our monthly rent obligations effective immediately.”

Tesla said that it would like to discuss options with landlords “so we can continue to partner and work together to ensure a continued and mutually beneficial relationship.”

Last month, Tesla was forced to halt production at its California and New York factories due to local shelter-in-place orders. Workforce at its only other U.S. facility, the Nevada Gigafactory, which produces electric motors and battery packs for Model 3 sedans, was slashed by 75 percent, too, after Tesla battery partner Panasonic said it would scale down operations at the Nevada facility.

And yet, Wall Street analysts in general believe that Tesla has enough cash to weather at least a few months of uncertainty. In February, just before the coronavirus outbreak in the U.S., Tesla raised $2.3 billion in cash on top of its already strong cash position of over $6 billion at that time.

Due to the coronavirus impact, Tesla is expected to sell 21 percent fewer electric vehicles in 2020 (about 75,000 units) than previously forecasted.

Tesla isn’t the only company breaking bad news to landlords in April. Embattled workspace-sharing giant WeWork skipped some of its rent payment on April 1; movie theatre chain AMC told landlords on Monday that it would stop paying rent starting this month; and The Cheesecake Factory said as early as last month that it wouldn’t be able to pay April rent for any of its 220 restaurants in the U.S. 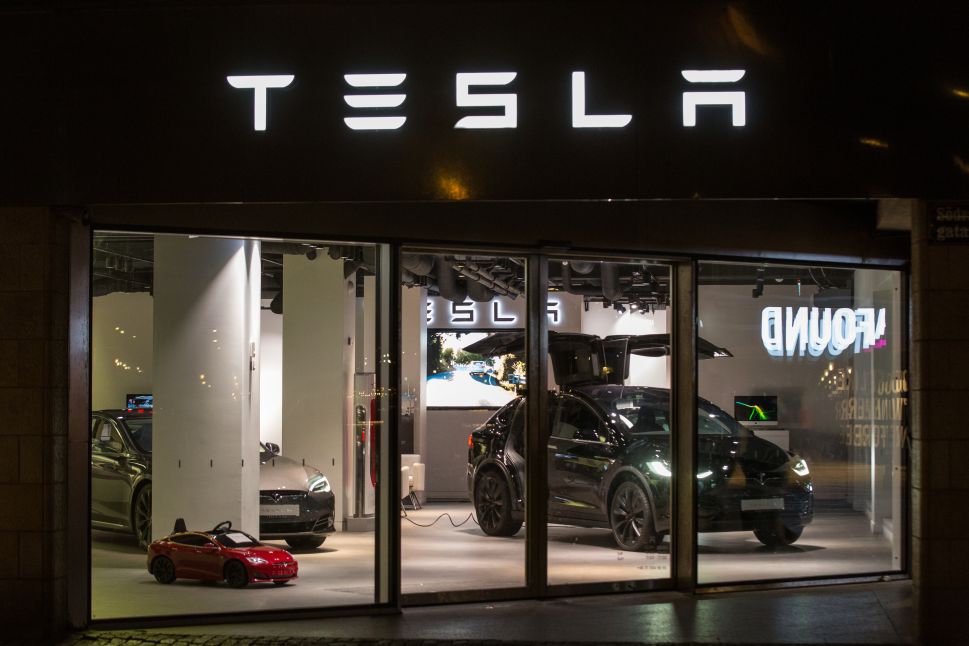