We may have to postpone welcoming a woman into the White House as commander in chief until another election cycle, but a wave of female leadership at art institutions across Texas promises a hope for the country’s lack of women-led art establishments. Assuming their posts amidst the unprecedented social and financial turmoil that COVID-19 has imposed onto the non-profit sector, four art professionals are currently using their time to process and assess the shifts awaiting art institutions this year and into the next.

Carolina Alvarez-Mathies joined Dallas Contemporary as the deputy director at the tail end of 2019, after cutting her teeth at two of New York’s beloved establishments—she was formerly the director of external affairs at Creative Time and as well as head of communications at El Museo del Barrio. Alvarez-Mathies spoke with Observer over the phone on a busy day when Dallas Contemporary had just announced a collaboration with Yoshitomo Nara on a print to benefit the institution, ahead of the artist’s exhibition in the fall.

She noted that the institution’s kunsthalle model gratefully allowed the museum some flexibility with regard to changing their upcoming programming during the shutdown. “We are a non-collecting museum with free admission, and as of now, have carried our programming to online and launched an engaging digital platform for the Dallas-Fort Worth area,” she said. A new digital initiative, Checking in on Our Neighbors, connects regional artists with the public through interviews about their current studio lives. Alvarez-Mathies counts Texas as one of her early stomping grounds, having studied at Texas Christian University. She credits much of the state’s rich art scene to the philanthropy that exists within it: “If the rest of the world had the committed and civic-minded patrons [as we have] here, the art world would be a different place.”

For Houston native Elyse A. Gonzales, joining San Antonio’s relatively new institution Ruby City as the director following her long-term post at the Art, Design & Architecture Museum at the University of California, Santa Barbara, is a true homecoming. The pink-hued David Adjaye-designed building closed its doors three weeks after Gonzales started in mid-February, but she feels fortunate to have personally met a large portion of the city’s arts community before the hiatus. “I had mapped out both administrative and personal goals to explore San Antonio and the workings of the institution as the first step into my job, and I am glad to have achieved that before we all started to forge the future from home,” she told Observer.

From its name to its starting point (based on a surreal building that appeared to its founder artist and philanthropist Linda Pace in a dream), Ruby City is a different museum. Gonzales uses the word “cautious” in her plans to carry on the legacy, which she describes as “maintaining and furthering the flavor and spirit of a museum embedded both in locality and worldliness.” During her 11 years at the Art, Design & Architecture Museum, Gonzales climbed her way up from a curatorial position to becoming assistant director, and finally the acting director, a journey she believes solidified her curiosity for art. After the gratification of observing the immediate fruits of her efforts at a smaller institution, she feels energized about helping a larger establishment shape its future and heartened by the burgeoning female leadership—especially for those of color—in the state, which, she notes, has always had great women leaders in the arts. 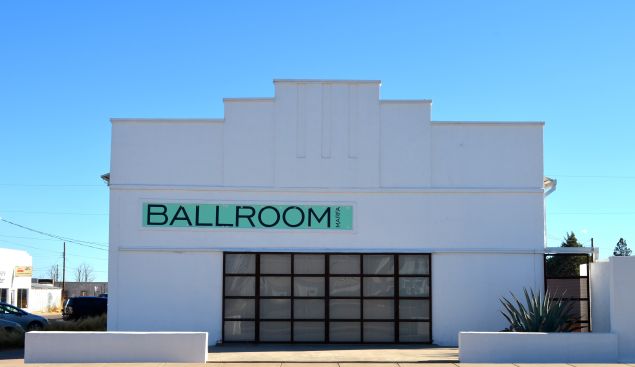 West Texas’s small desert city Marfa has a population of no more than 2,000, but the dense cultural tradition Donald Judd and his Minimalist peers seeded in the 1970s attracts pilgrims of art from all over the country and the world. Two cultural pillars of the sleepy town, the Chinati Foundation and Ballroom Marfa, have both recently welcomed new members to their teams. A hub of cultural tourism with its classic arid landscape, Marfa has always resonated with those seeking isolation, historically serving as a refuge for city-dwellers journeying here to distance themselves from the urban chaos. “How do we still benefit from these notions that make Marfa unique during this time?” is the question Laura Creed has been pondering in her new post as director of Ballroom Marfa. She points to the legacy of the town’s iconic art installation Prada Marfa by Scandinavian artist duo Elmgreen & Dragset, who placed the faux Prada store sculpture on the Highway 90 in 2005, before social media and selfie culture redefined our understanding of cultural capital.

This underlining of the town’s particular texture for experiencing art in isolation is transferred online, where the institution will soon launch a conversation between a show host from Marfa Public Radio and Elmgreen & Dragset about the Texan landscape and rituals of art viewing now and then. Creed joins Ballroom Marfa, an institution known for exhibiting avant-garde, immersive installations heavy in texture and process, after serving as director of development at L.A.’s non-profit LAXART. Spearheading the digitization of an institution associated with serenity and contemplation has been her first task since she joined the team this month, but her future plans on the horizon are even more ambitious. “In a Freudian twist, I plan to kill the father,” Creed said, jokingly referring to Judd, one of her favorite artists and the patriarch of Marfa’s creative reputation, which has been shaped largely through works by white male artists. “Instead of a correction or reaction to the past, I envision an inclusive program for women, artists of color and various gender expressions,” Creed said of her plans. 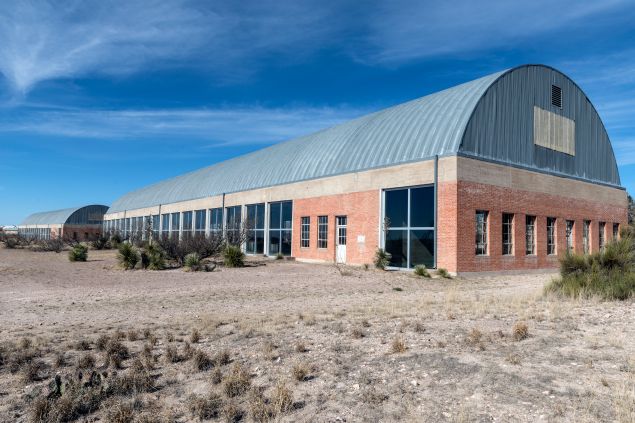 A similar sentiment echoes at the neighboring Chinati Foundation, founded by Judd a decade before his death in 1994 with a mission to foster long term or permanent installations made by him, as well as John Chamberlain and Dan Flavin. Ingrid Schaffner, a seasoned curator who held the chief post at the Institute of Contemporary Arts Philadelphia for 15 years and organized the most recent Carnegie International, spent two months in Marfa in early 2020, immersing herself into the earthy blend of art and nature before starting her role as the curator at the Chinati, led by another woman visionary, Jenny Moore. “Sensitivity to the surrounding is paramount, whether curating at a traditional white cube or in response to Texan landscape,” Schaffner explained about molding her institutional experience to the region. The perception of the foundation as solely being home to permanent installations is a notion Schaffner plans to challenge, emphasizing Judd’s vision to use the grounds as an incubator of contemporary art and artistic production.

However, it’s also time to “open the Chinati up,” she said, noting, similar to Creed, that the work on view needs to go towards encapsulating diverse statements, which may still stem from the visual and theoretical cues of Minimalism. Solange, for example, approached the Foundation to shoot a music video on site in 2017, and she eventually performed by Judd’s 15 untitled works in concrete during the Chinati Weekend in October of the same year. Humanizing the myth around Judd, Schaffner believes, will organically evolve as they introduce the public to different channels of his vision, particularly the humor in his work, which is rarely noted.

Among these leaders is a shared desire to prioritize inclusivity and reevaluate the ingrained notions around their institutions as they lead them forward. They acknowledge the challenges and rewards of working within their state, one that is at turns conservative, generous, proud of its local culture and expansive both in its landscape and the mindsets that exist within it. While the toll the coronavirus has taken on woman-led nations remains comparatively low, Texas seems willing to mirror the example across its art institutions.