Clint Eastwood tricking the bad guy into shooting at his protected chest in Sergio Leone’s Fistful of Dollars. Bruce Willis leaping, bloodied and bruised, from the top of Nakatomi Plaza in John McTiernan’s Die Hard. Arnold Schwarzenegger blasting away at the unstoppable T-1000 in James Cameron’s Terminator 2: Judgment Day. Everyone has their favorite action scene. A rare moment of pure kinetic and cinematic energy can make you fall in love with blockbuster entertainment. But not everyone knows the grueling and complicated work required for these special moments to come to life.

Brad Pitt earned himself a justified round of applause at February’s Oscars when he implored the Academy to begin recognizing the stunt performers and coordinators that orchestrate our high-octane movies. Sadly, the physical feats of filmmaking often go unnoticed. Audiences might remain unaware that the 60-second fight scene they just watched actually took weeks of planning, rehearsal and filming to complete.

SEE ALSO: ‘Tiger King’ Is an Even Bigger Netflix Hit Than You Thought

So instead of ranking our own favorite action scenes from entertainment history, we went out and talked to real stunt performers, coordinators, and directors for a more authentic breakdown. Here are their favorite scenes—from both their own careers and in general—and the legwork that went into bringing them to the big screen.

Favorite Action Scene: One of my favorites is the opening fight scene from Captain America: Civil War. It’s well-executed, well shot, and the visual effects aren’t so overpowering that it takes away from what the stunt doubles and actors performed practically. A sequence like that takes weeks of prep and rehearsal. First, there would be a discussion about what should be done practically and what would be handed over to the visual effects team. There’s the fight choreography, wire tests and making sure your actors are dialed in with the pieces of the fight that they’ll be performing.

Stunt Work She’s Most Proud Of: In Jumanji: The Next Level, we did a really intricate wire sequence that entailed the five main characters navigating a maze of suspended bridges. It was challenging, but also really fun to run up these suspended bridges and be launched into the air. I really love the team of people that I work with on the Jumanji franchise: my fellow stunt doubles, the cast, our director, and the producers. We have a blast making those movies.

Epic Stunts Seen In: The Call of the Wild, Back to the Future Trilogy, Who Framed Roger Rabbit?, Life of Pie, Dawn of the Planet of the Apes

Favorite Action Scene: I think it was Stagecoach and then on Indiana Jones. Yakima Canutt was an old, old, old stunt guy long before me, long before Terry Leonard or that generation. [In Stagecoach,] he’s knocked onto a horse, there’s a stagecoach that’s being drawn, and he transfers along the horses all the way to the front. Then he falls down underneath, and he travels underneath on the ground—but he’s hanging onto the underside of the horses and the underside of the stagecoach—and he climbs back up on the back end of it and then takes up and throws the driver off and he takes the stagecoach over.

So Terry reenacted that for Indiana Jones when Harrison Ford is fighting with the guy in the truck. He ends up going through the windshield, he’s hanging off of the radiator cap, he goes down underneath the truck, he goes all the way out the back, he uses his whip to grab the bumper and climbs up back on the truck and ends up getting into a fight with the guy. It’s stunts like those because those were real stunts. There was no CG involved in those things; it was all practical, and that’s much, much more dangerous than a lot of things that we do nowadays. We still do a lot of dangerous stuff, but those kinds of gags. I would say probably Indiana Jones, the thing that Terry did for Harrison, that was a pretty spectacular stunt.

Stunt Work He’s Most Proud Of: One of my favorite experiences are the Back to the Future movies. When it came to the hoverboard work, I could skate, I was a skater, so the first one wasn’t as challenging as when it came to how are we going to fly these hoverboards?

Michael Lantieri, the special effects guy, and I went over to Disney, we crawled around in their attic until we found the box that said flying harnesses on it. We pulled those harnesses out, we went back and tested one, I put one on and hung from it, and it was a torturous experience. What happens is, when you’re hanging, they’re not crotchless so that’s a big problem, but it also cuts off circulation from your waist down. Your circulation is cut off, so you could only hang there for thirty seconds maybe. When Mike and I tried it on, I said this isn’t going to work—we have to come up with something else.

So that was a bit of a process, designing an apparatus that you could hang in for an extended period of time without being tortured by it. You had to be as comfortable as you possibly could be. That process of developing that whole new way of flying, and then the process of flying, no one had ever flown before, so we had to figure out, well, how do you fly?

Favorite Scene: Mad Max: Fury Road. The chase in the desert scene is massive and so many things are happening. I’ve watched the behind-the-scenes of this scene and loved it even more because of the creativity from rigging, performers, drivers; and the incredible execution of camera.

A scene of this magnitude required the expertise of so many. The stunt team took what is written in the script and made it a reality on screen, through the director’s vision. The director, George Miller, really wanted to do everything practically, so pulling pieces from the script and discussing the logistics of how to set up these stunts safely require tons of testing and rehearsing to create things that had never been seen before, especially with so many moving parts. These tests were designed with the help of an incredible rigging team and specialty stunt performers who are the best at what they do, like professional motocross riders, drivers, and even Cirque Du Soleil performers. Rehearsing these gags start from a standstill, to slowly moving these elaborate wire rigs and vehicles, to full speed execution of the action on camera flying across the desert at high speeds. Hats off to the stunt coordinator and his amazing stunt team for one of the most exciting scenes ever filmed.

Stunt Work He’s Most Proud Of: This is a tough question. I’ve had so many favorites, but if I had to pick one it would be my car turnover on Outcast. [In terms of favorite project,] fighting with Jackie Chan in Rush Hour 3 and getting to play Kato in The Green Hornet. Portraying my heroes and getting the opportunity to actually fight with the action stars I grew up watching was incredible.

Favorite Action Scene: For me, what changed everything was the opening sequence in Once Upon a Time in the West. It’s a six-and-a-half minute setup with those three bad guys. Each one incredibly characterized. Six minutes Sergio Leone—the director—made us fucking wait. Six fucking minutes for that train. And every little frame, every shot—the composition, the isolation, the field, the music, the dripping, everything. By the time that train arrives and drops off Charles Bronson, all that lead up gives us that one quickdraw contest where he shoots three guys after saying ‘Oh, you brought two horses too many.’ Great line, great comedy, great build-up.

Years later, I still remember that. So that tells you how memorable that scene is and how it made me feel tells you everything you need to know about action. I watch that scene at least once a week just to remind myself of what action is really supposed to do as a storytelling mechanism. That’s what it’s about. It can galvanize your entire opinion of a film. As a spectator, you’re thinking about how it makes you feel and you’ve locked that moment into your memory. That’s what an action scene should do. That’s what a moment should do. It’s about creating that memorable connection through the audience in that moment they can go, “Holy shit. That just changed my life.”

Stunt Work He’s Most Proud Of: Some for different reasons, some for just being part of it. I was a big part of The Crow which I’m very proud of despite Brandon [Lee’s] accident. I’m just proud to be apart of anything he’s a part of. Unfortunately, a very tragic moment but I’m proud to be part of that legacy.

I’ve been very fortunate. I was part of Zack Snyder’s 300 and you know the way we brought back true graphic novel filmmaking is very cool. I was proud to be part of the creative process on that. I’m extremely proud to be part of the Matrix trilogy, obviously. Incredibly proud of everything we did on the first Matrix and you know, gotta be honest, I’m incredibly proud of working with Keanu [Reeves] on all the John Wick films. Just working with somebody I love to work with. I love working with Halle Berry and Keanu and all my dogs [in John Wick 3]. The fact that I can take five dogs, train them to attack some guys, and not a single person got hurt…work with animals and people and my stunt team and choreograph and do martial arts. That didn’t suck.

Comments have been edited for length and clarity. 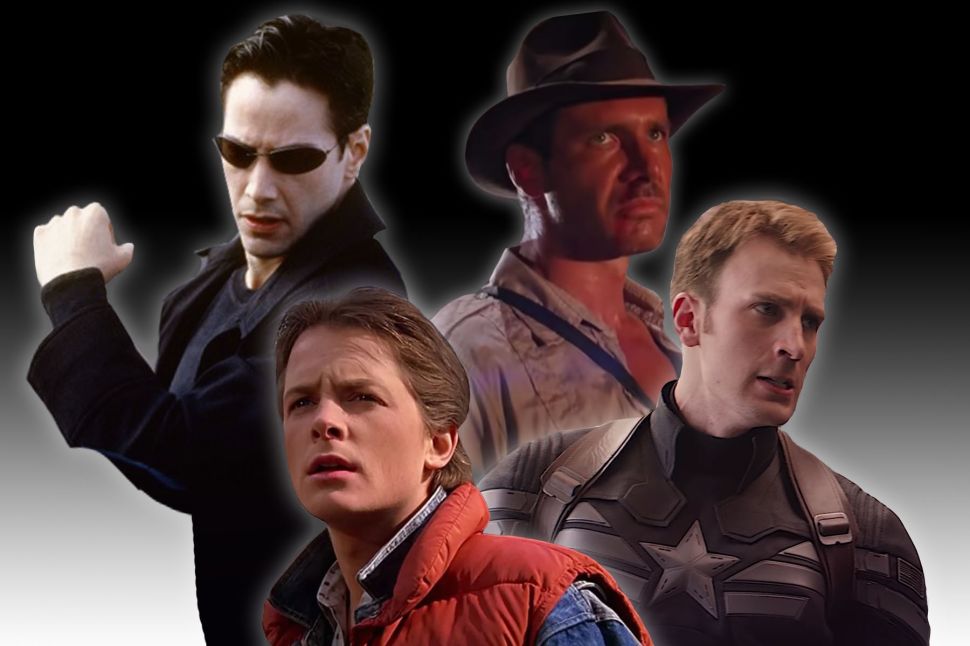