If he wasn’t the most famous athlete in the world, it’d be easy to assume Michael Jordan were dead.

The Last Dance, the 10-part ESPN/Netflix documentary series about the Chicago Bulls’ six championship run through the 1990s, serves as both history lesson and hagiography. Utilizing footage from the era and sit-down interviews conducted two decades later, the doc begins back in the early ’80s and weaves through the lean years and then glory days of the NBA’s most dominant dynasty. Jordan serves as the natural centerpiece of the series, which showcases his talent and accomplishments with extreme reverence and adheres to his framing of the story; throughout interviews interspersed throughout, Jordan, now 57-years-old and just the slightest bit paunchy, sits in a polished white room and offers practiced commentary and insight on his life and career.

The old footage of his playing days reminds us why he’s an iconic superstar. The doc begins with a triumphant trip to Paris in 1997, and the global pandemonium greeted MJ’s every move there. But it’s the present-day packaging and presentation of The Last Dance that allows us to understand why he’s such a legend. What makes Michael Jordan a singular entity, transcending basketball to a now impossible-to-replicate celebrity, is the fact that once each installment is over, he all but disappears.

With no live sports to discuss, ESPN has built its weekend programming around the series, airing live recaps on Sunday evenings after new episodes premiere. Reporters and former NBA stars, including some of Jordan’s Bulls teammates, wax poetic about his greatness and tell old locker room stories that border on sounding like tall tales due to Jordan’s absence.

Generally, when the subject of such a fawning documentary is still alive and in the public eye, they make the rounds to different media outlets, appearing on talk shows to hype up the film, answer questions about salacious moments, and offer extra anecdotes that may have been left on the cutting room floor. But other than a short interview with Good Morning America, which shares a corporate parent with ESPN, Jordan has been fully MIA throughout the entire publicity process, to the point that ESPN republished a magazine story that first appeared in 1998 to package alongside its online coverage. A short video interview Jordan gave six years ago to the NBA 2K YouTube channel has been making the rounds again as well, with aggregated headlines suggesting it was suddenly newsworthy.

Though alive and well, able to gulp down pricey tequila and play golf while quietly running the NBA’s Charlotte Hornets, Jordan now exists to the public more as an idea and entity than actual person. He answers questions pertaining to the Hornets—that’s his duty as an owner—but otherwise doesn’t grant many interviews or make appearances. His only ostensible social media presence belongs to the Jordan brand, which is much like the Walt Disney Company of athletic wear in that it posts the occasional old photo of its namesake while focusing largely on current stars and sponsorees. His brand’s Instagram page does host its own Live recap after every episode of The Last Dance, but it’s hosted by a rotation of characters, including Carmelo Anthony, Mark Wahlberg (a noted Boston Celtics fan), Chris Paul and Fat Joe (a diehard Knicks fan!), to name a few.

The social media era has seen athletes become media entrepreneurs—LeBron James has his own production company, for example—and nearly every notable NBA player has a sizable social media audience. They’ve become skilled at controlling the message, or at least injecting their own voice into the media cacophony, by embracing the technology native to their generation. They post goofy videos, make major announcements, and stoke feuds with rivals and teammates, offering more access than anything sports beat writers could ever provide, and on their terms.

And in 2020, the coronavirus quarantine has turned social media into both a lifeline to the public and a glimpse into the future. Modern stars have been posting from home and providing public services, such as Golden State Warriors guard Steph Curry’s Instagram Live session with Anthony Fauci, the director of the National Institute of Allergy and Infectious Diseases, in late March.

Offering unfiltered access and media investment allows players to build their personal brands now and prepare for life after basketball, which begins its rapid approach from the moment a player is drafted. Even retired players are active on Twitter and Instagram, extending their relevance into a new era. Michael Jordan, however, does none of these things. He does not need to inject himself into the conversation; he decides when the conversation begins. In fact, The Last Dance only exists because Jordan finally decided to allow it to do so. The documentary is built on intimate footage captured by a camera crew with unprecedented access to the Bulls throughout the 1997-98 season, which was granted on the condition that Jordan alone could decide when it left the vault. It took different producers nearly 15 years of trying to convince him that the time was right for the world to see what was always going to be flattering footage of a championship run.

Today, there is almost no choice; players have to take fans on the ride every step of the way, reacting to the world they share in real-time. LeBron and his fellow athletes are outspoken on political issues and active in the new battle for civil rights, while Jordan, who came up in an era of Reaganomics and neoliberal policy, reportedly once explained his political reticence with the glib line: “Republicans buy sneakers, too.”

Jordan later denied saying that, but whether or not those words actually came from his lips is almost irrelevant, because he operated according to that principle. Jordan famously declined in 1990 to endorse Harvey Gantt, the black Democratic candidate running for the US Senate against renowned racist Jesse Helms in North Carolina, despite many pleas from other athletes and leaders. Back then, it did little to hurt Jordan’s power as a celebrity (it helped that he went on the first of his NBA championships in 1991), so he stayed quiet. It took until 2015 for Jordan to come out and condemn the epidemic of black teenagers being killed by police around the country.

Michael Jordan was an otherworldly basketball talent, someone who would be an absolute superstar in any era. He lent his name to advertisements for everything from underwear and batteries to hot dogs and Gatorade. But that wasn’t the real Michael Jordan; he shot those commercials on soundstages, far away from the adoring crowds he kept at arm’s length. If he were playing today, the privacy and control he’s always sought would be incompatible with modern celebrity.

The Last Dance airs uncensored on ESPN Sunday nights at 9pm ET, while censored episodes air on ESPN2. Netflix is releasing them each week for international subscribers and will make them available to US subscribers on July 19.

This piece has been updated with more details on the rotation of Instagram hosts recapping the show. 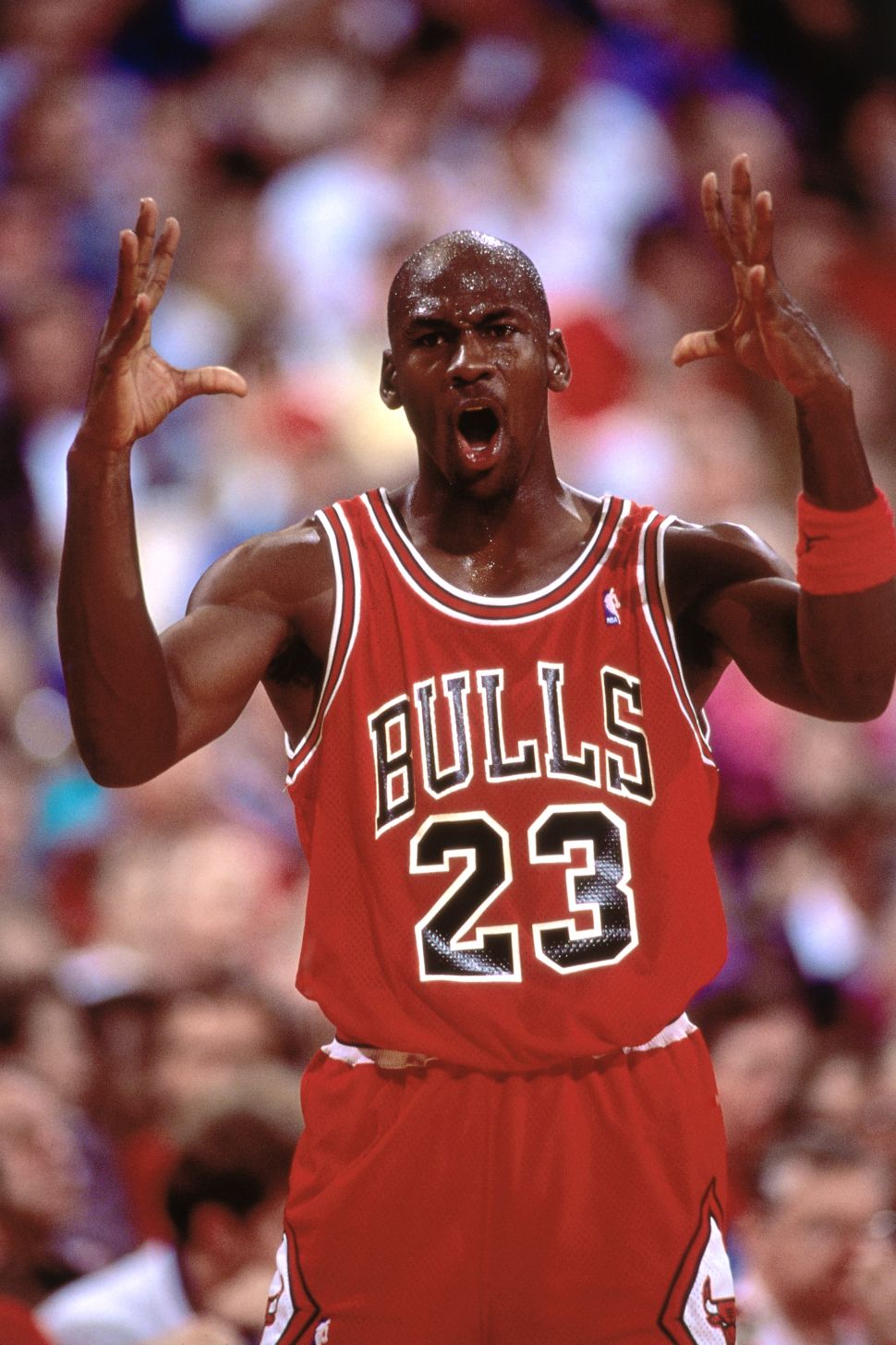