ESPN and Netflix’s The Last Dance is already a certified hit. In linear ratings here in America, the series drew a total of 5.9 million viewers across its third and fourth episodes Sunday on ESPN, only a slight downtick from its premiere episodes, which scored 6.1 million. That marked it as the biggest ESPN documentary debut of all time (and comparable with Fox’s most-watched scripted series this season). Outside of the U.S., where Netflix houses The Last Dance, it has raced to popularity like a prime Jordan thundering down the lane toward the basket.

The highly anticipated series featuring never before seen footage of Michael Jordan’s final season with the Chicago Bulls has quickly become the most in-demand documentary series in the world, according to global demand data leader Parrot Analytics.

Parrot Analytics has also found the show was the fastest growing TV series in the US and global top 200 during the week of April 19th-25th. Demand for The Last Dance grew 1,227 percent in the US and 2,299 percent globally compared to the previous week. Just as Michael Jordan was a worldwide phenomenon during his playing days, he remains an international influence today. 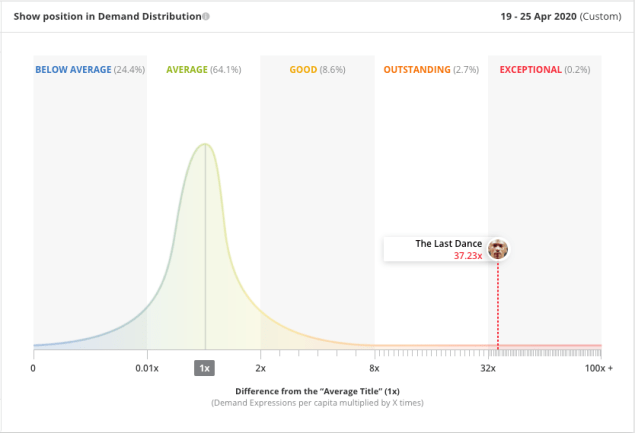 “The worldwide popularity of The Last Dance mirrors the global sports and pop culture appeal of Michael Jordan and the Chicago Bulls of the 1990s,” said Steve Langdon, Partnerships Director, Parrot Analytics. “We are tracking a rise in demand for sports documentaries during the coronavirus pandemic, as well as a rise in demand for ‘familiar fare’ such as The Office, Mad Men, and even The Late Show with David Letterman. This series provides the perfect outlet during the coronavirus lockdown, as it bridges the gap for both viewers missing live sports — particularly the NBA Playoffs which would normally be happening right now — and those seeking nostalgic comfort viewing.”

The loss of live sports amid the coronavirus pandemic has completely altered ESPN’s content model, leaving them without hours of planned programming and at a loss with angry advertisers. The last full week ESPN housed live sports, its main network averaged more than 1.04 million viewers in prime time, according to Nielsen data provided to The Wall Street Journal. According to a Bloomberg study that ran up to April 12, ESPN has shed 60 percent of its primetime audience. In late March, ESPN announced that the release of The Last Dance was being moved up from June to April and the results more than justify that decision. Overall, the four episodes are reportedly the four most-viewed original content broadcasts on ESPN networks since 2004.

Netflix, meanwhile, has been riding high during the COVID-19 outbreak. The streamer nearly doubled expectations by adding 15.8 million new subscribers in Q1 and is enjoying record traffic. As one of the few steady providers of fresh content during times of self-isolation and production shutdowns, Netflix has benefitted greatly overseas from The Last Dance. 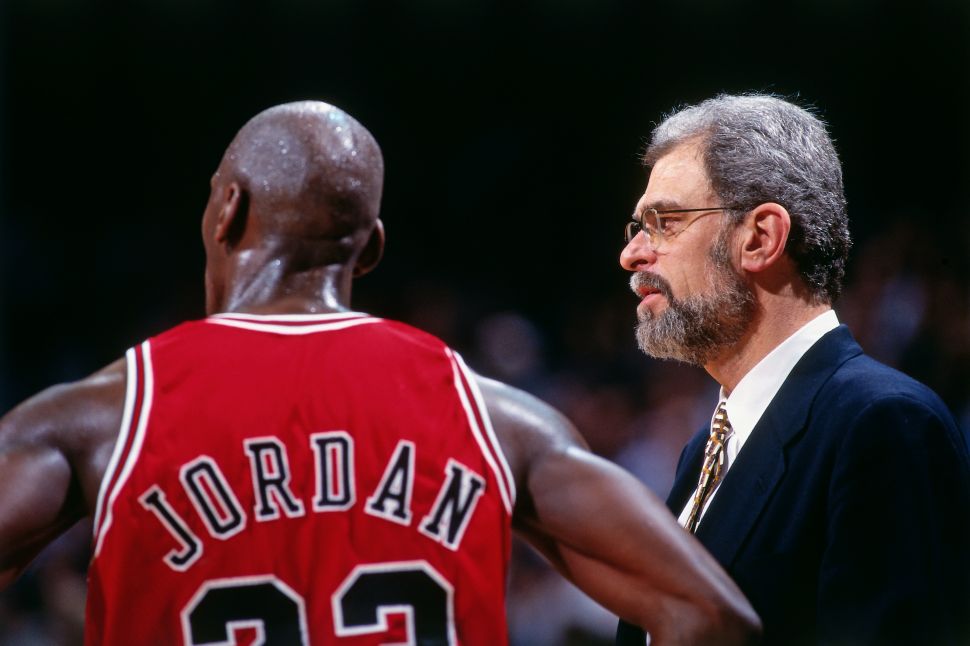