It has been less than three weeks since Tom Brady officially signed a $50 million, two-year deal with the Tampa Bay Buccaneers, but he’s already settling into his new city. The erstwhile New England Patriots quarterback and his wife, supermodel Gisele Bündchen, relocated to Tampa with their children about two weeks ago, and they don’t have to worry about furnishing a new home just yet. Instead, Brady and Bündchen have unpacked at Derek Jeter’s palatial Davis Islands compound, which has been nicknamed “St. Jetersburg” by locals.

Brady and Bündchen are renting the legendary retired New York Yankee star’s seven-bedroom, nine-bathroom estate, which spans over 30,000 square feet. Brady seems quite content with the current arrangement, as he explained on Howard Stern’s Sirius XM show this morning.

Brady said he’s going to “stay here for awhile…I had to get here on really short notice,” and that Jeter is a pal who helped him out. Brady said it’s “nice to rent,” and you “get all of the benefits with none of the responsibility,” and joked that if anything breaks, he can just “call and I bitch to him and he gets it fixed!”

The six-time Super Bowl champion does take issue with one aspect of the home—namely, the privacy, or lack thereof.

Brady and Bündchen’s former mansion in Brookline, Massachusetts was ultra private, and couldn’t be directly reached by fans. At Jeter’s Tampa Bay abode, however, boats can pull right up to the backyard, and people can crowd around the streets, per TMZ. Brady did say that Jeter did a good job of screening the house, though.

It’s not clear precisely how much Brady is paying Jeter to rent out the waterfront property, but the Tampa Bay Times previously reported it could be more than $75,000-a-month. It’s not like Jeter is going to need the home back anytime soon, as he relocated to Miami a few years ago, now that he’s a co-owner of the Marlins.

Brady and Bündchen already own a multimillion-dollar collection of homes, including a Costa Rica getaway, a Montana getaway and a sleek New York apartment in Tribeca. They’re currently attempting to part with the aforementioned Brookline residence, which is now on the market for a hefty $33.9 million. 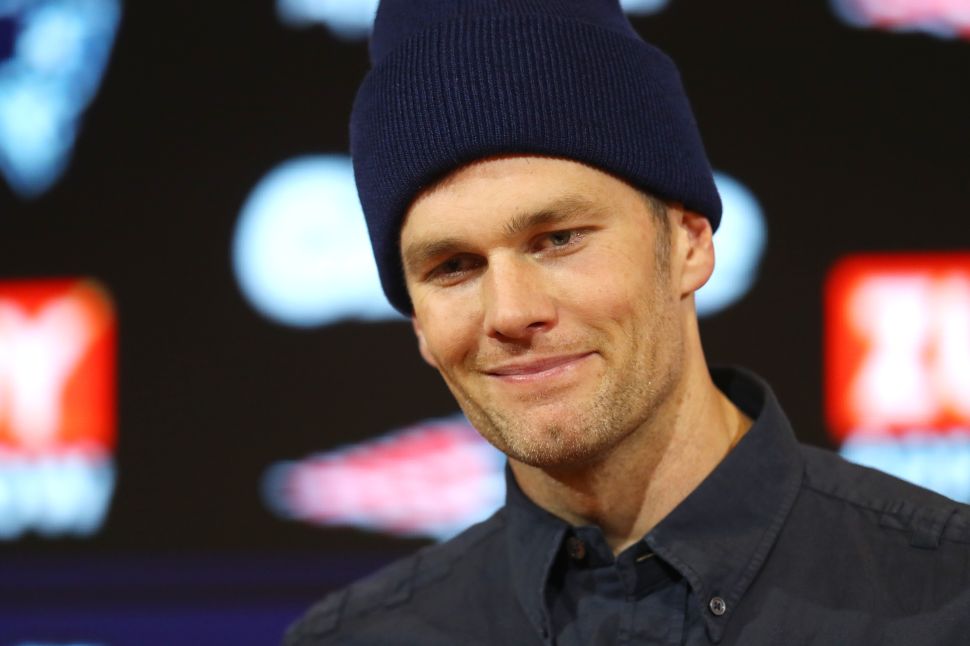