As a premise, I’m here for it. It’s bold, to make a 21st-century reality TV show with Catholic principles: zero sex, plenty of guilt. Completely by chance, the conceit is also eerily prescient in the time of a global pandemic: stuck at home with little to do but stare at screens, the locked-down population will gladly get a vicarious tan by watching contestants sunbathe, and many of them will also know exactly how it feels to be denied sex right now. On Too Hot to Handle it’s the producers doing the cockblocking; in real life it’s the government and a virus.

We meet the contestants, and they include people who say things like “What I’m most proud of is my penis,” “I’m not the brightest spark in the book” and “I’ve often joked about spreading my seed and just kind of rolling the dice of my genetic build with different women and races around the world.” Ah, excellent, we think. We’re going to hate these people. It’s that kind of show.

If you like being suspended in a state of minor arousal for long periods of time, you’ll enjoy the eight episodes. Without exception, the multi-national, scantily clad, Instagram-famous contestants are extraordinarily attractive: the guys are sculpted bulges, the women are svelte and busty beacons. After watching five episodes full of men who stop working out only to talk, have sex or go to the toilet, I look at my body in the mirror and wonder if someone has shrunk it without my realizing.

Other than functioning as eye candy, however, the show tends to be a confusing, boring mess. The aim, communicated via a conical white device called Lana, is to help the shallow participants form meaningful connections. Couples who get sexual are fined every time but from the outset we’re never told: is the jackpot for everyone or for one winner? There’s a huge difference between $100,000 split ten ways, and $100,000 split one way, and the show doesn’t reveal the answer (it’s basically the latter) until the penultimate episode. This is like watching a basketball match and not being able to see the scoreboard.

For company we have Chloe from Essex, who provides all of the show’s funniest moments (“I’m sure I can keep my legs closed for 100K”); Kelz, who is gloriously uptight about other people breaking the rules; Haley, who doesn’t know what language her own tattoo is in; and a few other, less interesting people. Much—too much? Yes, too much—of the show focuses on Francesca, an Instagram model with 675,000 followers, and Harry, a 23-year-old Australian who seems to be there just because he’s tall. Harry lies to everyone about Francesca; she forgives him. He matures and proves himself faithful to her; she goes on a date with a guy who’s just been shipped onto the island. Like pinballs the contestants bounce between one another—with the exception of Irish Nicole, who does not have a single love story, and Matthew, the bearded source of the “seed” quote above, who seems too vapid to seduce anyone. (Given his competition, this is impressive.)

There’s not a great deal of logic to be found in the show’s mechanics. When a couple has formed a meaningful bond, their “reward” is a night in a private suite together, where any infraction will send the jackpot money spiralling down. If they resist temptation? No reward. There’s fun to be had in some scenes, but essentially you’re just desperate for everyone to bang, bringing the cash down to $0 so that they lose and at least you see some action. And, unfortunately, there’s nothing entertaining about watching people slowly fumble toward self-acceptance, however worthy a goal it may be.

It’s funny that shows like this are still bracketed under “reality” TV, as there is—whisper it, because I think it’s still a secret—virtually nothing real about them. Prodded by producers, contestants make decisions that make absolutely no sense whatsoever. Most jarring of all, no expression quite fits the words it is supposed to be reacting to; none of the conversational timing resembles any dialogue that occurs in real life.

But listen to me. I’m bemoaning a lack of realism in a show about Instagram models being forced to be celibate on a tropical island for hundreds of thousands of dollars. This is just the world we live in now, isn’t it. And that’s fine—if you like that sort of thing. 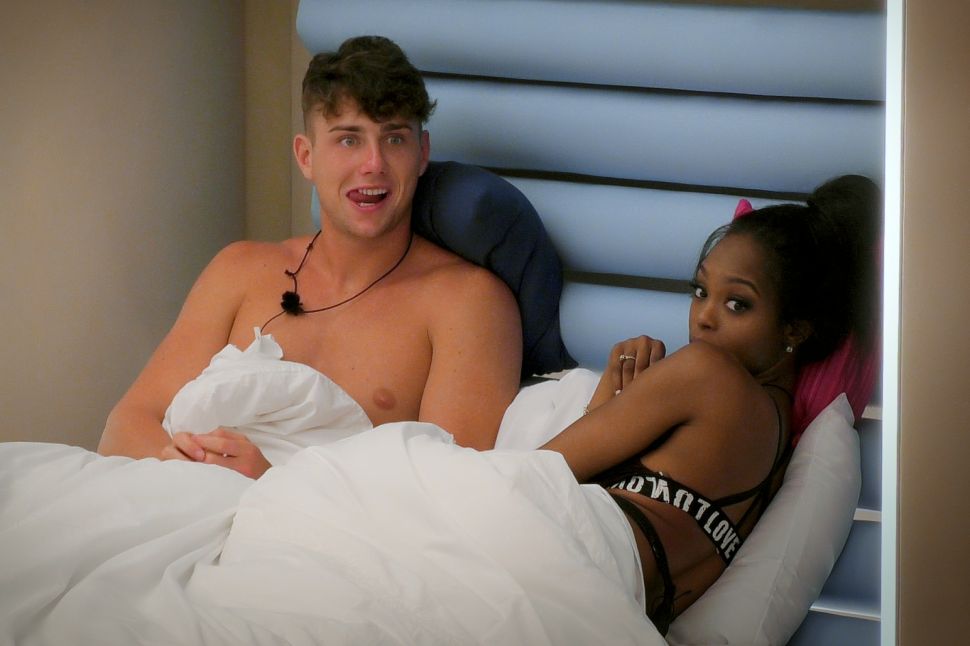