In order to cope with the surging demand of household products and a reduced workforce amid the coronavirus quarantine, state governments and major retailers have prioritized production and delivery for a narrow category of “essential goods and services” and delayed handling time for others to up to a month. Unfortunately, not all retailers (including Amazon) include birth control products in their “essential” category, and that’s creating a problem for those who urgently need them.

“More time together, spells more sex,” Bruce Weiss, head of marketing for Trojan, one of the world’s largest sellers of condoms and sexual lubricants, said in a statement on Wednesday. Believing that condoms are just as imperative as toilet paper and kitchen towels to everyday life, the company advocates that its products should be listed as essential goods by all retailers.

SEE ALSO: Coronavirus Has Wiped Out Some Billionaires—But Not Those on the Very Top

“Trojan believes that condoms are essential to avoid sexually transmitted infections (STIs) and unintended pregnancies that can be avoided with their use,” Weiss said. “Condoms are more important than ever before and should be considered essential products amid the COVID-19 outbreak.”

Apparently, Trojan has the New York City Health Department on its side. In a press release on Wednesday, the government agency said that “consistent and correct use of condoms are highly effective in preventing the sexual transmission of HIV and other STIs and unintended pregnancies” and that it “urges couples to ensure they have effective forms of birth control at home for the coming weeks as they shelter in place.”

In New Jersey, where Trojan’s parent company, Church & Dwight Company, is based, manufacturing personal health products is still allowed under the state’s shelter-in-home order that took effect on March 22. Trojan said it’s working with retail partners “at a fast and furious speed to keep condoms on shelves and supply the increased demand.”

“We urge online retailers to consider reclassifying condoms as ‘essential’ and speed delivery to all during this unprecedented time.”

Trojan isn’t the only condom seller that has seen a spike in demand since the coronavirus quarantine. Sex product retailer Promescent, for example, saw a 54 percent increase in condom sales in March. “In times of uncertainty and isolation, it’s natural to seek physical and emotional intimacy,” the retailer’s CEO Jeff Abraham said in a tweet last month. 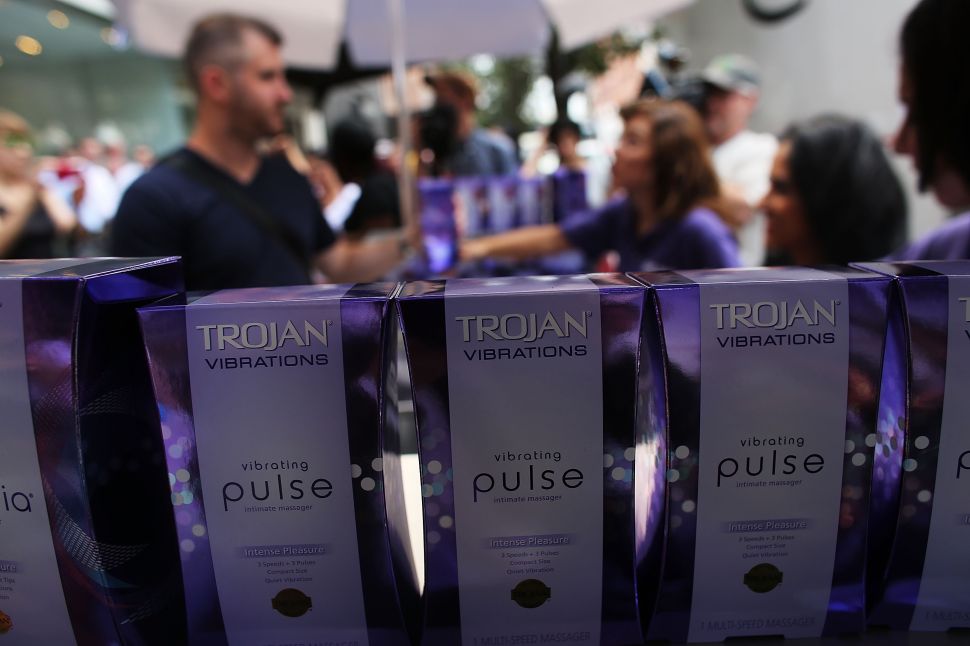