“Nothing you are about to see is true.”

The joke, one of very few in the movie, is not just a play on the film’s title; it’s a raspberry blown at the entire Australian continent, where the foundational myth of Ned Kelly and his band of outlaws has played an outsized role in defining the national identity. You can regularly spot Kelly’s Brooklyn-bartender beard (absent from the film) or bucket-head armor on t-shirts in Australia, where Kelly tourism remains a cottage industry. Ned has been played on screen before by performers as varied as Heath Ledger, Mick Jagger and an Aussie rules football star named Bob Chitty. The very first known dramatic feature length film was 1906’s The Story of the Kelly Gang.

So what does the latest telling bring to the already crowded table? Vitality, for starters. Kurzel’s film doesn’t simply show us the shattered masculinity and class rage that fueled Kelly’s infamous late 19th-century crime spree, it shoots that energy outward like sparks from a forge.

Spanning Kelly’s early childhood through to the mythologizing that followed his death, the film rescues him from those who would frame him singularly as an anti-colonial champion of social justice while stopping short of handing Kelly over to the other camp, who see the bushranger as little more than a well-marketed, cop-killing hoodlum.

Instead, Kelly, played as a child by Orlando Schwerdt and as an adult by 1917‘s remarkable George MacKay, is shown as entirely too human. He is less a champion of his own destiny than someone whose fate is thrust upon him. This version of Kelly is not only bereft of opportunity—a truth conveyed by Kurzel with sweeping shots of the barren Victoria landscape—but confused as to his purpose and identity following his father’s death, a situation that attracts suitors to his mother who “close around her like yellow dingos on a chained up bitch.”

These men of ill-repute—most notably a jowly Russell Crowe as the notorious highwayman Harry Power, who teaches Ned the way of the bushranger after purchasing him from his mother—give ample opportunity for several members of the talented cast to shine. Charlie Hunnam and Nicholas Hoult stand out as a pair of profoundly corrupt law enforcement officers from two separate periods of Kelly’s life. Following the lead of Carey’s novel, the film gives Kelly a love interest not found in the historical record, a furtive and shy conscripted prostitute played by Jojo Rabbit’s Thomasin McKenzie, who finds less purchase in her supporting role than her male counterparts.

More than an exercise in reframing Australian history, the film serves as a platform for its pair of ferociously talented leads. MacKay brings a raw physicality and sense of rage to Ned Kelly that only barely hides a heart broken by a lost childhood. But the film belongs to the remarkable Essie Davis—so good in both The Babadook and on television in Miss Fisher’s Murder Mysteries. Davis brings both vulnerability and unbreakable, ferocious strength as Kelly’s mother Ellen, who unlike in most past tellings of this legend, becomes a central part of this story. Her performance is terrifying and unpredictable and you can’t take your eyes off of her.

The film loses quite a bit of steam after the famous armored showdown in Glenrowan, which supposedly took place at a hotel but as shown in the film seems to have occurred at a rundown graffiti-covered rock club. Indeed, aided greatly by a jarring score from Jed Kurzel, the director’s brother and longtime collaborator, the movie pulsates with a punk energy that is so deeply tied into its characters’ desperation that it never registers as anachronistic.

Instead, the movie shows that, true or not, in the right hands and with the right actors, this oft-told tale—like the Western genre itself—can course with the kind of venturesomeness that makes cinema so exciting no matter the circumstances under which we watch it.

True History of the Kelly Gang is available on digital streaming services and on demand April 24. 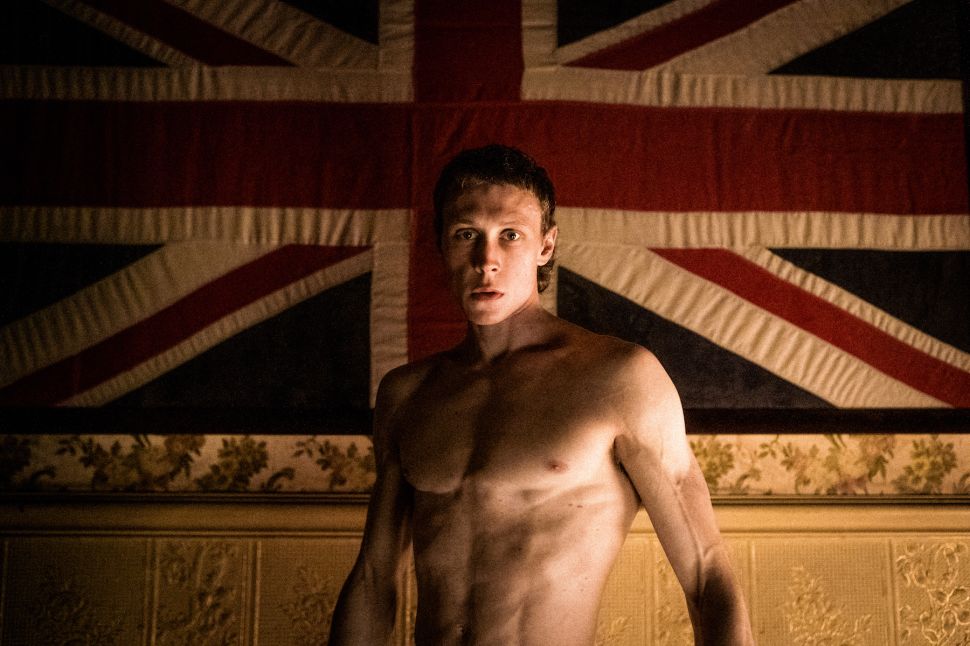