Cinemark, the nation’s third-largest movie theater chain behind AMC and Regal, is looking to re-open its doors on July 1. Is that wishful thinking or a realistic goal for exhibitors?

On Thursday, President Trump unveiled a new plan—”Opening Up America Again”—to jumpstart the U.S. economy. With Hollywood losing millions of dollars every day, the entertainment industry took particular note of his guidelines for communal events such as movie theaters.

If states and major metropolitan regions can meet these benchmarks within a 14-day period, the federal program suggests moving to the first phase of re-opening, which still includes physical distancing protocols for movie theaters, sporting events and restaurants. However, Phase One also suggests avoiding groups of 10 or more, which doesn’t leave much leeway for multiplexes.

Exhibitors and Hollywood studios are hoping to re-open movie theaters in mid-to-late summer. However, as expected, theaters will likely be required to operate at reduced capacity to maintain social distancing. Even with theaters open again, however, Hollywood is expecting a warm-up period as the public slowly regains confidence in communal events. So even if Cinemark and other major exhibitors throw open their doors on July 1, further delays of major blockbusters could be in store as studios are reluctant to release big budget tentpoles in a period of depressed foot traffic. In this era of franchise filmmaking, a series installment that massively underperforms at the box office can do serious damage to the brand (see: MonsterVerse’s Godzilla: King of the Monsters).

All 70,000 theaters in China remain closed and may continue to do so through October.

More in-depth news from China about how cinemas there might not re-open until October. https://t.co/QYCLLziuzu

On the other hand, exhibitors are desperate to begin generating revenue once again. Battling against the prospect of bankruptcy, AMC Entertainment—which boasts more than 8,200 screens in 661 theaters in the United States—has introduced new plans to raise $500 million in new debt to help in the short-term, Variety reports. The funds will need to be repaid in 2025, but should enable the chain to float until mid-summer, according to AMC’s filing.

In the filing, AMC warned that theater closures may extend beyond June. 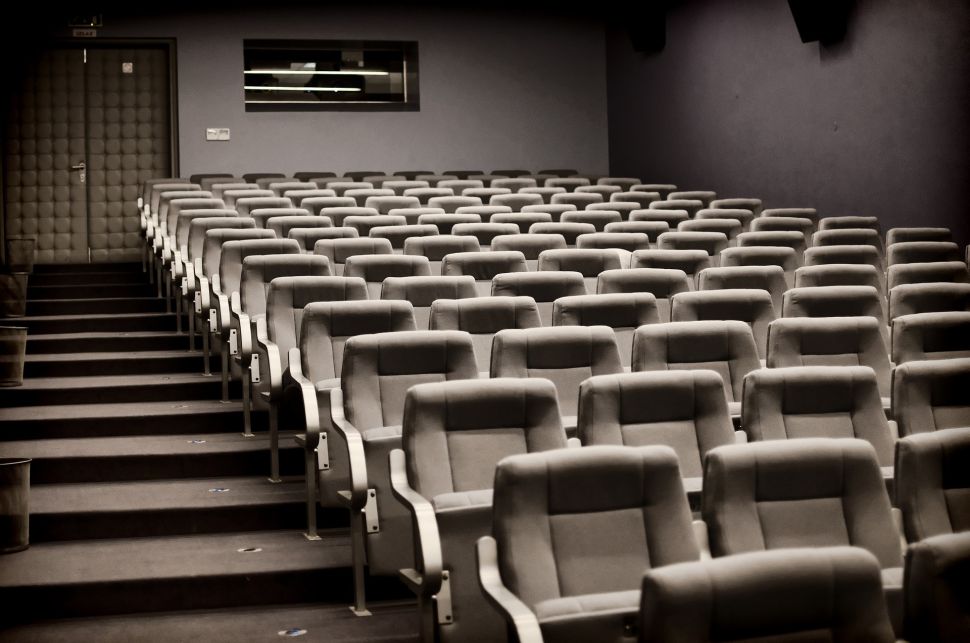