With shelter-at-home lockdown orders keeping Americans stuck inside, the demand for ride-hailing services has crashed over the last two months. And while delivery services have seen an uptick in performance since the country virtually shut down in March, the industry leaders in gig-economy driving apps are hitting a brick wall.

On Tuesday, The Information reported that Uber is mulling plans to let go up to 5,400 employees, or 20 percent of its workforce, after global ride bookings plummeted 80 percent in March as compared to March 2019. Although delivery services including Uber Eats, Uber Direct, and Uber Connect saw an uptick during the quarantine, they were far from enough to offset losses in the company’s core ride-hailing business.

According to an SEC filing on Tuesday, Uber’s longtime chief technology officer, Thuan Pham, has already submitted resignation (effective May 16) for reasons unrelated to COVID-19, a significant change that may put the company’s 3,800-person engineering team at risk of severe downsizing. The Information estimated that Uber could slash up to 3,000 engineering positions in the coming weeks.

Uber didn’t confirm any of the reported layoff numbers. A spokesperson said the company “is looking at every possible scenario to ensure we get to the other side of this crisis in a stronger position than ever.”

Its ride-hailing rival, Lyft, is likely facing similar sales impact. In an SEC filing on Wednesday, the company said it’s laying off nearly 1,000 employees, or 17 percent of the total workforce. An additional 288 people will be furloughed, while salaried employees are set to take pay cuts up to 30 percent, the filing said. Lyft didn’t disclose exactly how much business had fallen since the coronavirus outbreak.

Still, corporate cutbacks barely reflect the true impact of the pandemic. Many Uber and Lyft drivers have run out of work for weeks. But since the millions of gig workers are not counted as full-time employees, they don’t qualify for unemployment benefits or even a mention in regulatory filings. Meanwhile, Uber investors are taking issues with CEO Dara Khosrowshahi’s $42.4 million pay package amid a company crisis, which is expected to be a key item to discuss at Uber’s upcoming shareholders meeting.

Coronavirus and the national quarantine has halted all transportation, not just on-demand taxi cabs. Uber’s and Lyft’s smaller transportation peers (and often targets of acquisition) are scrambling to deal with plummeting road traffic as well. Electric scooter startup Bird, for example, slashed 30 percent of its workforce in late March as the pandemic pushed scooters out of major cities. Its scooter-sharing rival, Lime, is planning to lay off over 100 employees, adding to a 14 percent downsize just two months ago.

On Thursday, fresh data from the Labor Department showed that another 3.8 million Americans had lost jobs in the past week, pushing the total headcount of coronavirus-induced unemployment past 30 million over the six weeks of national quarantine. 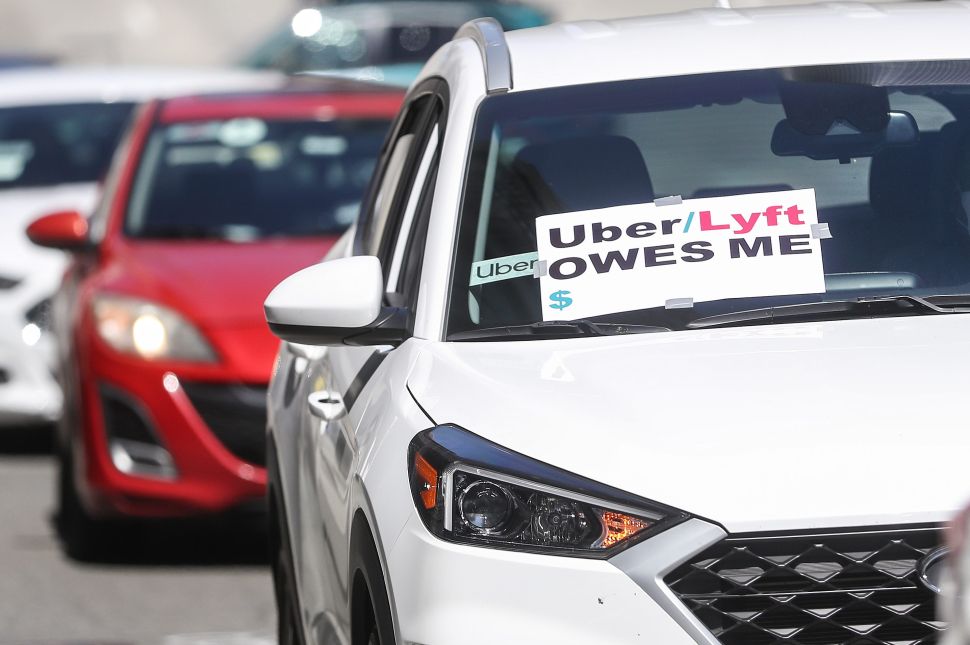