Over the four weeks of coronavirus shutdown, more than 17 million Americans working in retail, transportation and other service-related industries lost their jobs. And, as much as we’d like to deny it, “a lot of” those jobs are “gone for good,” said entrepreneur and former Democratic presidential candidate Andrew Yang.

Speaking at an Axios virtual event on Wednesday, Yang warned that businesses that laid off workers may not be able to hire them back even after the pandemic is over.

SEE ALSO: Even Tesla Can’t Afford to Pay Rent Due to COVID-19 Blow

“Macy’s just furloughed the vast majority of their 130,000 employees. How many of those employees do you think they are going to rehire [after the pandemic]?” He asked, rhetorically. “Do we really think every Macy’s is going to suddenly reopen and be back at 100 percent capacity?”

“We are at unprecedented levels of joblessness,” he added. “…So we need to make very dramatic moves to allow millions of Americans to have the dollars that they can feed their families with in the days to come.”

Early Wednesday morning, Yang proposed on Twitter that the federal government should give every American a monthly stimulus check of $2,000 “for the duration of this crisis,” highlighting the fact that the onetime $1,200 payment the government has started handing out isn’t going to be enough to cover basic living expenses if the pandemic drags into May or even the second half of the year.

I’m for $2,000 for every American adult for the duration of this crisis. #MoneyForThePeople

To make the stimulus check bigger and a monthly payment, it means trillions of dollars of additional government assistance on top of what Congress has already signed off.

“This, to me, is a necessary investment,” Yang explained his tweet during the Axios call. “When your house is on fire, you don’t worry that much about the you are using to put it out. We have an equivalent of a $21 trillion fire on our hands, and we have to do everything we can do help people get through this.”

On Wednesday, fresh data from the Census Bureau showed that U.S. retail sales plummeted 8.7 percent in March from a year ago. It was twice as much as the worst fall during the 2008 financial crisis and the largest monthly decline on the Census Bureau’s record since 1992.

Almost every retail category, except grocery stores and other “essential” businesses, saw a major decline due to business closure. Clothing and accessories stores, for example, saw sales plunge 50 percent in March; the furniture and home furnishing category was down 26.8 percent; sporting goods fell 23.3 percent; and electronics and appliance declined 15 percent. 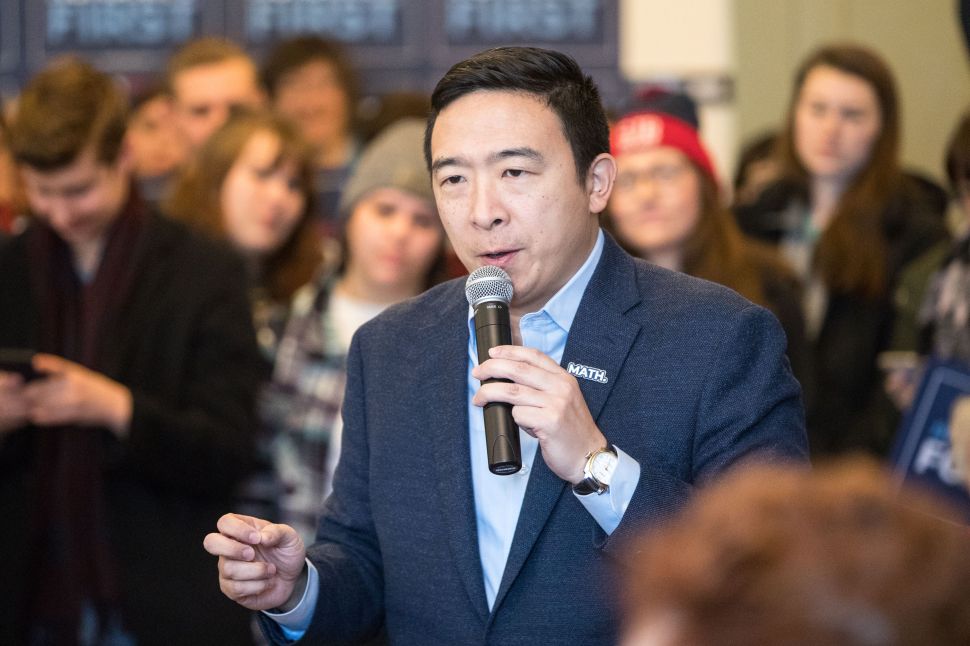