The U.S. Postal Service has been a financially struggling business for years. And the coronavirus pandemic might accelerate its collapse, unless the federal government bails it out.

Over the week of March 29 to April 4, the USPS saw mail volume drop 24.2 percent from a year ago due to a sharp decline of commercial activities, the federal agency said in a presentation to members of Congress last week. The rate of mail volume decline grew to 30 percent in the first half of last week, according to the presentation. Postmaster General Megan Brennan warned that the postal service could run out of cash by October and is set to record $23 billion in increased losses over the next 18 months, if mail decline continues.

As a federal government agency, the USPS is obliged to deliver mail to every corner of America for rates only dependent on distances. That includes some unprofitable rural routes that purely commercial delivery services probably won’t cover. And yet, the USPS doesn’t receive direct funding from the government. And since it maxed out the $15 billion lifetime federal loan it was eligible for in 2012, the only hope for it to stay afloat in the long run is either fresh capital injection or new government lending programs.

Politicians on both sides of the aisle support direct funding, Yahoo News reported, citing an aide to the Senate Homeland Security and Governmental Affairs Committee, which has jurisdiction over the USPS. But the $2 trillion coronavirus stimulus package passed in late March only gave the postal service a $10 billion borrowing limit from the Treasury Department.

The Treasury Department has yet to approve the loan. And representatives of USPS workers doubt it ever will. Ronnie Stutts, the president of the National Rural Letter Carriers Association, a union representing the USPS’ rural letter carriers, told Yahoo News that the loan promise was just the administration’s way to “push their privatization agenda.”

“Right now it’s approximately $11 billion that we’ve defaulted [on retirement benefits payment and it’s about 5.5 billion each year to pre-fund retirement. We just don’t have the money,” Stutts said. “It’s not going to be paid back. And if we borrowed $10 billion, it’s just going to put us further in debt.”

Neither the Treasury Department nor the White House has confirmed talks of privatizing the USPS. But speculations have already emerged about Amazon or Walmart possibly taking an interest in the deal.

An Amazon acquisition would make a lot of sense, in particular considering how many packages the USPS delivers for the e-commerce giant (let alone the fact that Amazon has recently suspended its in-house delivery program due to the coronavirus shutdown) and Jeff Bezos’ well-known appetite for consolidating businesses within Amazon’s reach.

Over the past 20 years, Amazon has acquired nearly 100 companies. Deals that played an important role in its expansion include the $55 million acquisition of IMDb, the $300 billion buyout of Audible in 2008 and the $13.7 billion Whole Foods deal in 2017. 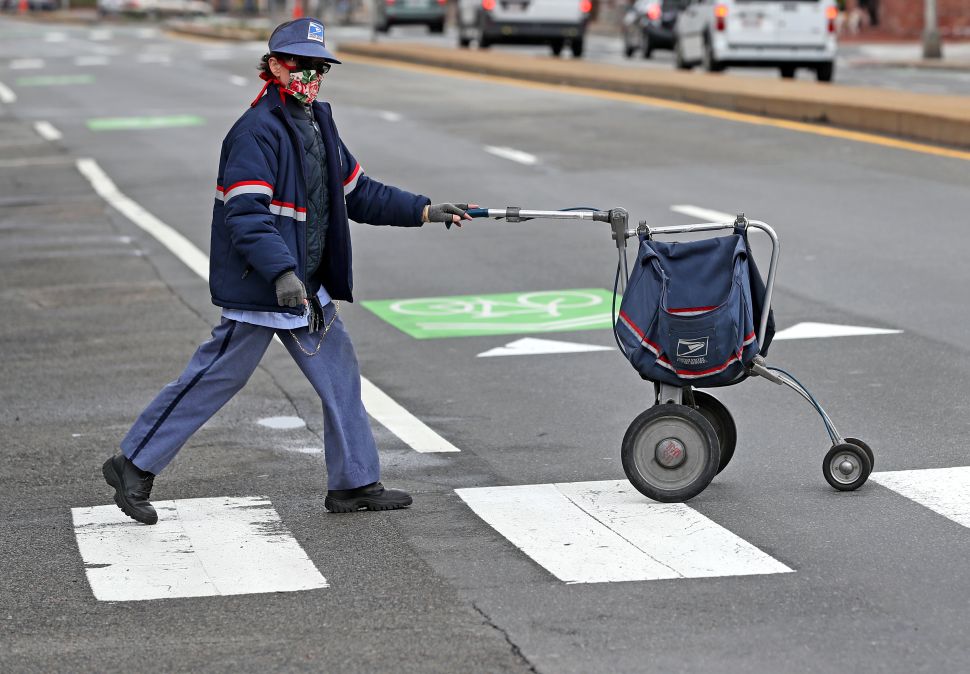