Keeping Watch is a semi-regular analysis of underseen TV and movies.

This season of Westworld has used artificial intelligence as a way to explore ideas of free will and how it can be traded for a false sense of security. The thing is, all of those themes were already explored by Westworld’s creator Jonathan Nolan in his previous TV show, Person of Interest.

Way back in 2011, Person of Interest, began as a typical police procedural on CBS that quickly evolved into a sci-fi thriller about the dangers of a surveillance state—mixed with a bit of Batman for good measure. As we learn at the beginning of every episode: “The government has a secret system. A machine that spies on you every hour of every day.” The show follows a group of individuals trying to save people involved in violent crimes that the artificial superintelligence (ASI) predicts, while fighting against the rise of a new ASI that threatens to destroy free will.

If that premise sounds familiar, it may be because the latest season of Westworld is feeling more and more like the culmination of Nolan’s ideas from his time on Person of Interest, so let’s explore why.

Predictions as a tool of control

Season 3 of Westworld introduced the idea of Rehoboam, a powerful predictive artificial intelligence that uses data to predict the future of every human on the planet. Though marketed as a way to let people “achieve their unrealized potential” in truth, it’s nothing but a way to control the public and eliminate all free choice.

This mirrors the history of Samaritan, the “evil” ASI from Person of Interest. Created as a mass surveillance system to prevent acts of terrorism after 9/11, Samaritan wants to serve as a firm hand that guides humanity to a perfect future without crime. For the most part, the system works. Just like Westworld presents a futuristic world where no one has to worry about making wrong decisions, Person of Interest’s Samaritan manages to fix the public transportation system in New York City and eliminate all crime in a day.

Though several characters comment on how calm things look and how maybe it’s not such a bad idea to let Samaritan run things, the show also makes it clear that no matter the consequences, no matter the reasoning, machines should not be left in charge of deciding who deserves to live more, as “anyone who looks on the world as if it was a game of chess deserves to lose.” Samaritan may have temporarily solved crime, but it did so by judging and executing thousands of people without a second thought.

What makes Samaritan different from the Machine—the “good” ASI in Person of Interest—is that unlike Samaritan, which only analyzes threats to national security and to its own system, the Machine also analyzes violent acts involving ordinary people. These numbers, which Samaritan logs as “irrelevant,” numbers become the bread and butter of the show, and Westworld has been toying with a similar idea this season.

Through the character of Caleb (Aaron Paul), we learned that Rehoboam predicts a person’s future, and works backwards from there to determine someone’s worth. Because of Caleb’s upbringing and past traumas, the ASI predicts he will kill himself in about a decade, so it doesn’t want to “waste” job opportunities and a better life on a man who won’t use it. The problem is that Rehoboam doesn’t seem to consider the idea that a better job would allow Caleb to get a better life and prevent his suicide.

Likewise, this week’s episode “Genre” showed how Rehoboam’s creator, Serac (Vincent Cassel) has been hiding those who can’t fit into Rehoboam’s perfect world in a facility where they’re reprogrammed. Just before he dies, John Gallagher Jr.’s Liam tells Caleb and his friends that they are a drag on the system, a waste of potential that stops the progress made by Rehoboam. Rehoboam’s system makes it so that some people are worth more than others, based on the single algorithm’s calculations. If you’re not a “relevant” number, you’re not even worth the processing effort.

The value and the cost of free will

The problem with Rehoboam and Samaritan’s disregard for the “irrelevant” numbers become clear when we see Dolores do what she does best, freeing people from their oppressors by showing them the rails of the train they’ve been riding all their lives. We see Ash (Lena Waithe) discovering that her brother is considered unfit to get a job, or to even procreate because the system deems him a failure. But we also see a woman whose daughter will apparently kill herself in a couple of years based on data gathered from her online behavior and family history of anxiety, and a woman who Rehoboam predicts will develop Alzheimer’s and therefore recommends she is eliminated from the gene pool by forbidding her reproduction.

Rehoboam doesn’t give them the choice to decide what to do with this information, or try to prevent these futures, it simply sacrifices these “irrelevant” people. By having Dolores give everyone their data, Westworld fulfills the central theme of Person of Interest: Free will is always the better choice, no matter the alternative. Both shows argue that a machine in charge will see humans as pieces in a game of chess, sacrificing some for the sake of others, and if you look at the world as if it was a game of chess, you deserve to lose. 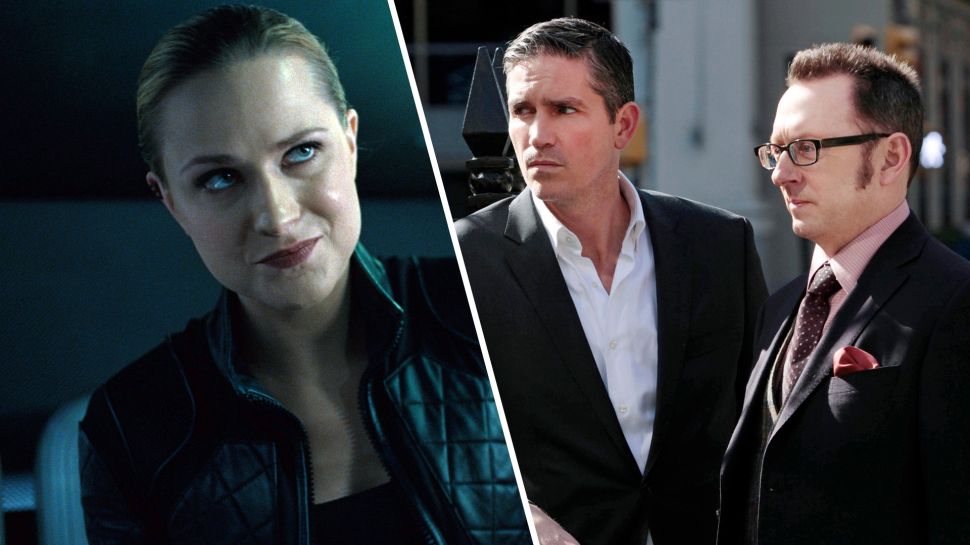