“Mayudi, I want to tell you a story,” says Maya Shanbhag Lang’s mother at the beginning of the author’s memoir, What We Carry. Lang has recently given birth to her daughter, Zoe, and she’s living in Seattle, where her mother has generously come to visit from the East Coast. The story her mother tells is about a woman in a river, holding her son in her arms, trying, like so many mothers, not to drown. In the end, she faces an almost-impossible decision: she must choose whether to save herself or save her son.

To Lang, as well as to the reader, the answer is self-evident. In a society where abortion is restricted, mothers are shamed no matter what they do, and women in general are expected to give endlessly, there can only be one answer, and Lang knows it. “Mom,” she says. “Obviously, she sacrifices herself. That’s how all these stories go.”

SEE ALSO: ‘Fracture’ Is an Ambitious, Multi-Narrator Account of a Hiroshima Survivor’s Life

But not this one, apparently. This one is different. Lang’s mother doesn’t share what the woman ultimately does, opting instead to say that whatever she chooses, “We must not judge… We cannot know the weight of other women’s burdens.”

It’s a good thing she warned us early, because as the story goes on, judging the woman in the river becomes an increasingly tempting option. As motherhood proves even more difficult than the author bargained for, and as daughterhood proves even harder than that, Lang makes decisions that lend themselves to criticism—until one realizes the impossibility of the positions in which she’s placed. Sometimes, there just isn’t such a thing as a right answer.

Throughout the book, there’s a constant disconnect between how Lang feels and how she thinks she’s supposed to feel based on societal mom-shaming and literal shaming from her own mom. As if it’s not bad enough when the nurse tells her she had an easy delivery and doesn’t need rest, or when people ask her husband if he’s nervous but not her, the narrator’s mother puts a lot of pressure on her, too.

An immigrant who had children while in medical school, Lang’s mother makes her feel inadequate as a parent, regaling her with tales of how easy she found motherhood. “You and your brother slept through the night,” Lang’s mother tells her. Giving birth “did not hurt,” she adds. The author reflects, “I never saw her double over with menstrual cramps, never even heard her pass gas,” expressing her view of her mother as the perfect, selfless woman she can never be. What the author will later find is that her mother, once submerged in a river of her own, has made decisions for which she also does not want to be judged.

What We Carry is told in short sentences and present tense verbs, making for an almost journalistic style that lends itself to Lang’s introspective tone. But sometimes, like when the author writes about depression, the book seems to lose track of its subject, and introspection gives way to the kind of language more commonly found in self-help books. Also notable is that most chapters are only about a couple of short pages long, and while that makes for a quicker reading experience, it sometimes prevents the writer from deepening her points. But a book with such a brave message certainly deserves praise, if only for saying something that many would find repulsive—“the woman chooses herself.” 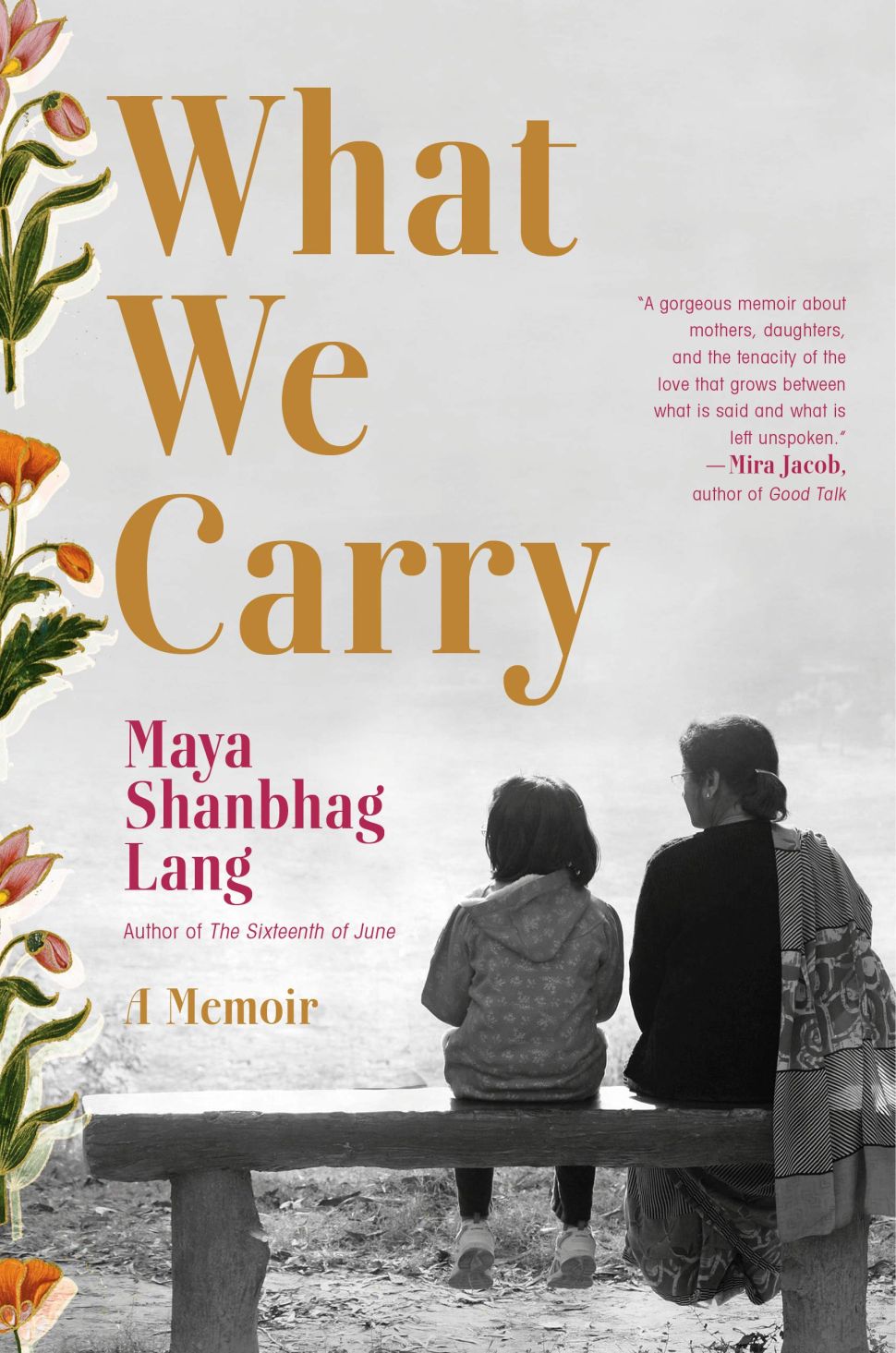