In any other year, AMC would be popping champagne and excitedly discussing their summer schedule over shrimp cocktails and caviar (that’s what fancy people do, right?). But, unfortunately, it isn’t any other year. Last Sunday was meant to see the Season 10 finale of The Walking Dead arrive and serve as a lead-in to AMC’s splashy new spinoff series The Walking Dead: World Beyond. But thanks to the coronavirus pandemic, production shutdowns have left the finale and subsequent premiere in limbo.

As we await clarification for the future of the franchise, now is a good time to look back on its past. Though The Walking Dead and its companions may be among the most popular shows on television, not everyone is as gung-ho about the zombie apocalypse. Viewer complaints lodged against the series to the Federal Communications Commission, the government agency responsible for regulating broadcast TV, reveal what people hate most about the series.

SEE ALSO: Why ‘Matrix 4’ and ‘John Wick 4’ Should Debut on the Same Date

“It is incredibly offensive, disturbing and downright troubling and gruesome. Is there some way to make this stop,” one Texas individual complained to the FCC in February, 2019, according to 28 pages of documents obtained by Observer through a Freedom of Information Act request filed earlier this year. Many of the complaints understandably reference the show’s violent content. Some promote petitions to stop AMC, while many others compare The Walking Dead to Satanic texts. You know, normal stuff.

Observer’s request covered complaints filed from January 1, 2017 to February 1, 2020, as the Commission is not required to maintain informal complaints and related correspondence for more than three years after the case is closed. The FCC sent us the documents with its standard disclaimer that “a complaint or comment does not necessarily indicate any wrongdoing,” and, in most instances, the complaints do not lead to any actionable recourse from the FCC.

So, would you like to read what angry Americans are shouting into the void about The Walking Dead? Of course you would. 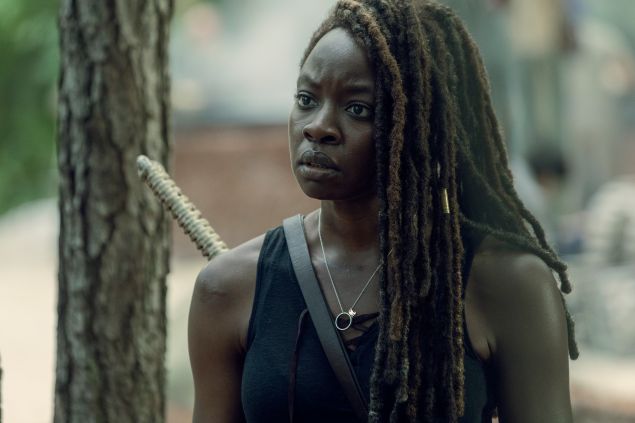 The Walking Dead is too violent

While the FCC does hold a modicum of regulatory power over basic cable, networks such as AMC are still granted far more freedom when it comes to content than the broadcast networks. As such, shows like The Walking Dead include a fair amount of violence, which doesn’t seem to sit well with many viewers.

“How is such violent (and sexual) content allowed on tv?,” another Texas viewer complained. They then went on a rambling and homophobic comparison to Alfred Hitchcock’s Psycho. “For example, the original psycho [sic] movie didn’t show such violence, especially the shower scene. There’s no reason to see him actually stabbing the man in the shower. Which had homosexual undertones as well because in the movie it’s a woman that is killed. Not a naked man in the shower killed by man.” I’m not quite sure what this person is trying to say, but I have a feeling they would get along well with Norman Bates.

One Florida individual took particular exception to the infamous Season 7 premiere, which established Negan (Jeffrey Dean Morgan) as a main villain when he dispatched beloved members of our merry band of zombie hunters. “Watching human beings bashed over the head with a [sic] barbwired basball bat over and over is just plain gore. Here I am days later and still freaked out rom what I saw and can’t erase the image from my memory. It was that horrific.” You could just, y’know, change the channel.

A Georgia resident chimed in with their own plan of action against the show, if only they knew how to get it off the ground. “If I knew the process to file a lawsuit and had the funds I would do so. This kind of violence has no place in this country.” We patiently await The Walking Dead‘s day in court. 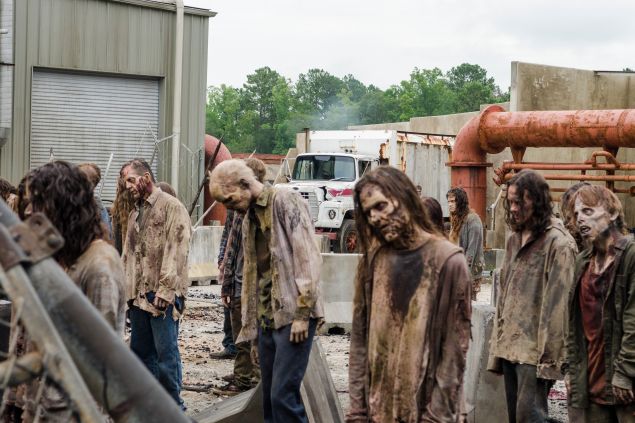 The Walking Dead zombies look too real, and its commercial killed my vibe

The Walking Dead has been celebrated for its exceptional makeup and hair team that design the look of the “walkers,” or zombies. But the realism has clearly struck a nerve with the TV-viewing public, especially for a commercial that began airing last year.

One complaint filed in North Carolina last year focused on an ad airing on CMT for The Walking Dead that depicted “a man cutting, sewing and wearing the skin of another human as a mask.” Apparently, this individual was “watching Princess Diaries 2 for goodness sakes, and now I have that vivid sickening image in my mind! I couldn’t get to the remote quick enough to change the channel before it was over.” Hey, it’s not like the monarchy in Genovia came to be without a touch of bloodshed.

“I suddenly see nonstop ads for AMC’s The Walking Dead on other channels, specifically, the Hallmark channel,” wrote in another Texas viewer. “It is a wholesome, clean channel, but these advertisements void that. They show people making gruesome masks made out of what appears to be rotting human skin. I do NOT want to see this or be exposed to it at all.” This particular audience member then went on to say that they are “ready to completely stop watching TV because of this.” Hallmark will miss you.

Yet another Texas viewer with impeccable taste also took umbrage with the commercial in question. “While watching the Food Network’s ‘The Pioneer Woman’ at 8am on Sunday (2/10/19), they showed the walking dead [sic] commercial of a person sewing a mask made out of a human head. I changed the channel to TV Land so I wouldn’t have to see it but then on TV Land while watching The Golden Girls, they showed that commercial, too. It’s a gross, disgusting depiction that I believe is inappropriate for morning shows. I’m glad I wasn’t eating my breakfast at the time.” What would Blanche say?

One Ohio resident was more succinct in their complaint, writing: “Walking dead….showed a moron sewing a face of another as a mask. Fucking filth…..” 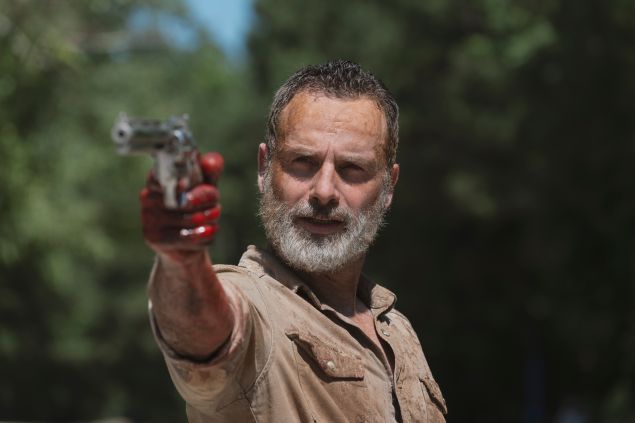 The Walking Dead has a potty mouth

Apparently, some television consumers can’t handle the occasional cuss word. Driving in traffic with them must be a breeze.

One Missouri resident conceded that they “understood the world was changing,” but couldn’t wrap their heads around why TV had to change with it. “On the episode of the Fear The Walking Dead they allowed the use of the word fuck on a regular tv station program. Kids watch this show, it’s supposed to be a scary show not pornography show.” What kind of pornography is this person watching?

Another complaint from 2017 shared the sentiment, but drastically underestimated the reach of television and/or the population of the human race. “There must a restriction of some words such as(f**k) that was used on Fear the Dead at 9:00 pm on Sunday October 15th. This show is viewed by hundreds of people of all ages, surely I’m not the only one to complain.” If Fear the Walking Dead is only drawing in “hundreds of people,” AMC is in serious trouble.

One Michigan complainer had the decency to specify the naughty words they took issue with. “With the introduction of Negan, words such as; dick, dickhead, balls, prick, ass are too common on this program.” 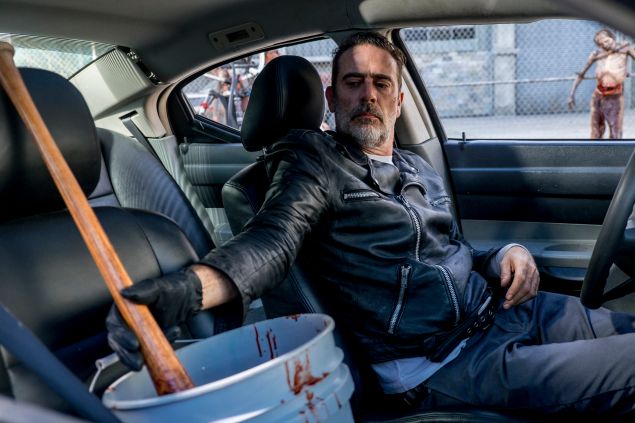 A popular motif appears to be linking The Walking Dead with Satanism, as one is clearly wont to do.

“AMC seems to be a satanic tv network and I believe this is a free channel, not a paid channel,” that same homophobic complainant wrote to conclude their world class FCC missive.

Another complaint, sent from Georgia in 2017, touched on similar themes. “I am filing a huge complaint against the violence that was on display in the walking dead over the past year. The show has crossed a line into satanic over the top violence,” the complainant wrote.

“You should all be ashamed and may go [sic] have mercy on your souls.”

Read the full complaints provided by the FCC here. 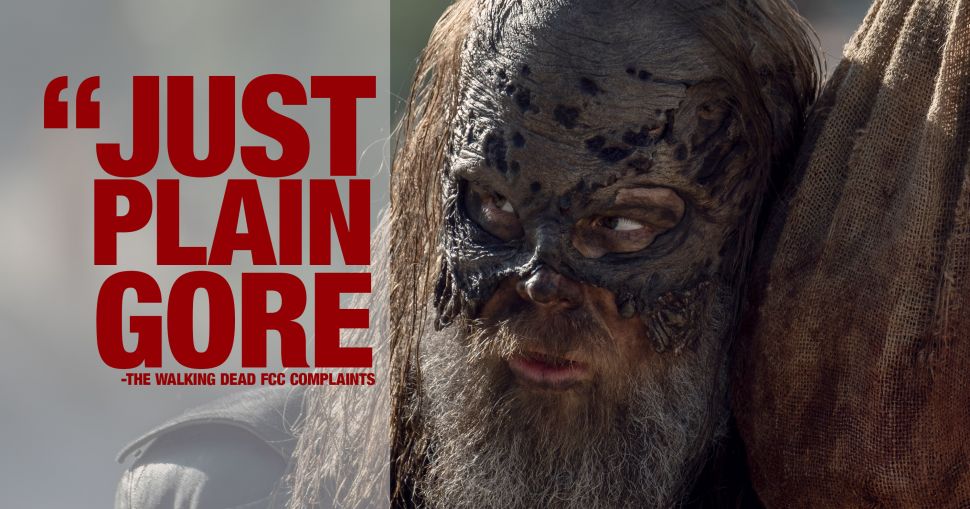