Are we alone? For centuries upon centuries, most of us who have looked at the clear night sky have pondered about this simple, yet universal question. It doesn’t matter if we’re scientists or craftsmen, scholars or artists, kids or adults. It’s one of those questions that never seems to fade in the excitement it can elicit. One of the reasons surely is: We haven’t found an answer yet.

Kevin Peter Hand has been seeking precisely that for over two decades. The astrobiologist and planetary scientist works at the Jet Propulsion Laboratory (JPL) in Pasadena, California. The JPL is closely connected to NASA and develops as well as builds space missions for the US agency.

SEE ALSO: ‘Shortlisted’ Is the Story of 9 Women Who Would Have Changed the Supreme Court

As with most people who dedicate vast stretches of their career to a few key endeavors only, Hand fell for this passion when he was still a boy: “I grew up in a small town in the green mountains of Vermont. I was captivated by a clear night sky. When one is exposed to the stars, especially at a young age, your imagination can’t help but get captured by the questions whether or not we’re alone and whether or not life exists beyond Earth,” he told Observer. That led him to studies in physics, astronomy and psychology.

Today, he’s one of the lead scientists at NASA. In his new book Alien Oceans: The Search for Life in the Depths of Space (Princeton University Press) he tells us about the origins of life on Earth and in outer space, explains, how Goldilocks fits into the equation and indicates what searching for “life as we know it from Earth” might look like outside our own galaxy—up to 1.4 billion kilometers away.

Finding signs of life—or biosignatures, as the science community puts it—is most likely going to be successful where you find liquid . Space missions, which Hands also covers in great detail, have found that there are a number of so-called ocean worlds out there—terrestrial-like bodies with large amounts of liquid . “The three most compelling ocean worlds when it comes to the prospect of finding life beyond Earth,” Hand writes, “are the Jovian ice moon Europa as well as the Saturnian moons Titan and Enceladus.”

What about Mars, though? Isn’t the Curiosity Rover roaming over the surface of the red planet as we speak? Yes, but “when it comes to the search for extraterrestrial life within these alien oceans, we are talking about the search for life that is alive today. On Mars, in contrast, we’re largely searching for remnants of life. If we found fossilized evidence of life on Mars with the Curiosity Rover tomorrow, that’d be revolutionary. But with those fossils, we would not be able to understand its genetic make-up, its biochemistry,” Hand said.

Even though Hand is a master of putting things simply while remaining scientifically accurate, Alien Oceans is not your typical nightstand read. You wouldn’t open his 304 pages to wind down after an exhausting day of work. You certainly need to have the  inclination to pick it up. But Hand makes it easy for you to develop just that.

Every now and again, he sprinkles anecdotes from his experiences as a researcher into the narrative, for example what it was like when he dove down 10,000 feet in a tiny submersible, to the bottom of the Atlantic Ocean, because renowned director James Cameron asked to join him on an expedition. At first Hand was hesitant to join Cameron. After all, the young researcher was in the middle of his PhD. But, he recalls now, “if you ever get the chance to go to the bottom of the ocean, take it. Don’t think twice; just say yes. Your brain will be changed forever.”

So will your perception of life after you’ve read Hand’s book, which is a historical account of groundbreaking missions in the past here on Earth and far beyond as well a glimpse into the future. He explains how spacecrafts Galileo and Cassini were able to discover liquid oceans. Oceans that are not only located outside our own solar system but also hidden under icy crusts several miles in thickness.

Over the course of his book, he gets into the nitty-gritty details of science, genetics, astrobiology, chemistry, history and, yes, even philosophy at times. But he does it in a way that you as a reader don’t have to take classes at Oxford, Cambridge or Princeton before being able to make sense of what he talks about.

Speaking of making sense… you might want to ask the question (which of course we did): Why spend hundreds of millions of dollars to look for life beyond Earth in the first place? Isn’t there more pressing things to deal with? “I always get confounded when people ask ‘Why bother looking for life?’ We don’t seem to have an issue when it comes to the importance of physics, chemistry or geology beyond Earth,” Hand said. “Yet, when it comes to biology, we get this weird preciousness. But we’re talking about understanding the fourth fundamental science. When it comes to biology, we’ve yet to make that leap to see that it works beyond earth.” That’s what he’s after.

And he’s right. Not only from a philosophical perspective. Finding life beyond Earth—and by that most likely discovering a second independent origin of life (because these icy moons are too far away to have accidentally been seeded by life on Earth)—is closely connected to understanding life right here on our planet. Right now, Hand argues, we don’t really know how and where life on Earth came to be.

There is, to be fair, quite a stretch in the book where a beginner’s knowledge of chemistry and physics will help, but if you work your way through it, you’ll be rewarded with the experience of putting this newfound knowledge to use in the concrete scenarios he outlines towards the end. There, Hand talks about what landing and exploratory missions might look like (something that he himself has been working on since 2006) and how autonomous vehicles can melt their way through an icy shell, launch a mini submersible and dive into unchartered waters. It feels like reading the script of a sci-fi-movie, only that it’s real. Or at least, has the potential to become reality one day in the more or less distant future—sometime within the next 20 to 40 years. The first vehicles are being built and tested right now.

Well, let’s assume those rovers find something; then what? “The discovery of life beyond Earth isn’t going to change the way you make your coffee in the morning or shorten your daily commute. It won’t provide a cure for cancer or stop climate change. But it will most likely spark a revolution in biology.”

And that, I guess we all agree, can only be a good thing. 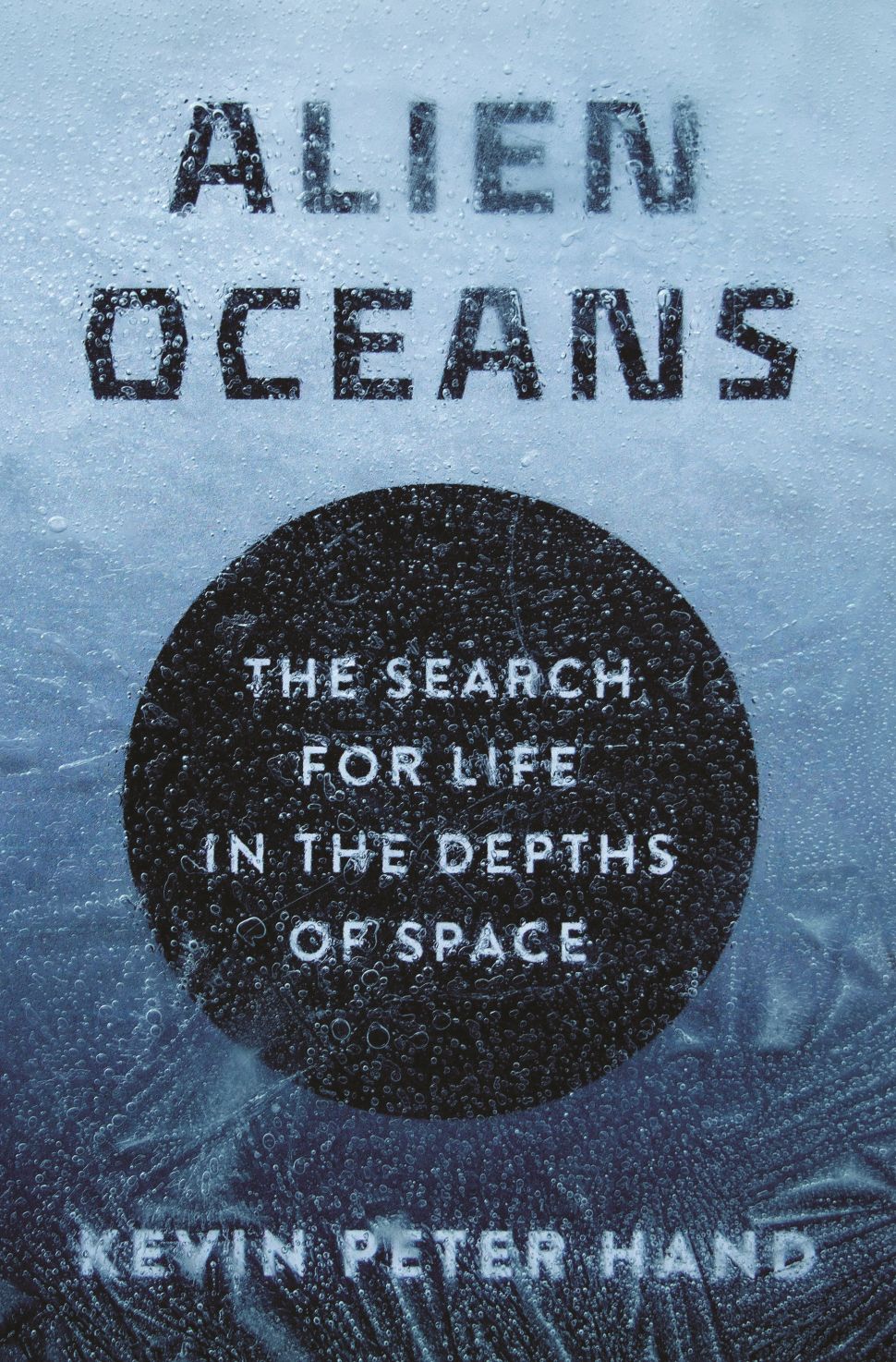