Last weekend, it was reported that Amazon had potentially held buyout talks with AMC Entertainment as the struggling movie theater chain continues to try and stave off bankruptcy amid the coronavirus pandemic. As the world’s largest exhibitor, AMC has seen its company value plummet nearly 50 percent over the last six months. As the global theater shutdown remains largely in effect, concerns about the chain’s survivability have mounted.

The mere idea of Amazon—which is looking to grow its Prime Video service—stepping in has been something of a lifeline for the struggling company. AMC stock surged 30 percent earlier this week to $5.32, closing at its highest value since March 4. However, such an acquisition would not address Amazon’s core streaming needs.

“Direct-to-consumer streaming networks have displaced cinemas in recent years, as blockbusters are increasingly produced and released by the likes of Netflix, which is gaining control of the entire industry value chain,” said Danyaal Rashid, thematic analyst at GlobalData. “Despite this, streaming firms are struggling to get their content into cinemas for theatrical releases unless they agree to a three-month exclusivity window. Amazon could override this if it acquires AMC, allowing it to simultaneously release blockbusters through its Prime Video service and in theaters. However, despite the fanfare associated with a theatrical release, it is unclear how lucrative cinema offerings will be for Amazon, considering the decline in cinema traffic.”

SEE ALSO: 40 Years Ago, Yoda Showed Us the Truth of the Force in ‘Empire’

Under normal circumstances, annual theatrical ticket sales still outpace the averages of the 1990s and ’80s, yet the movie-going audience has been shrinking rather steadily since 2002. Amazon is well aware of this phenomenon as the studio has struggled to cultivate hits at the box office.

After mostly adhering to the traditional theatrical model with 70-90 day exclusive windows for years, studio head Jennifer Salke pivoted in late 2019 to a case-by-case basis. For example, high-profile films such as Adam Driver’s The Report played in select theaters for a few weeks before being made available via Amazon Prime Video, a strategy Salke hinted would become more prevalent moving forward. The cost-benefit equation just hasn’t been in Amazon’s favor when it comes to theatrical distribution. Now, as COVID-19 devastates cinema attendances, the company is interested in the costly brick-and-mortar operation that is losing ground to streaming? It doesn’t add up.

“COVID-19 has forced the closure of cinemas across the world indefinitely, meaning it will take even longer for Amazon to see a return on its investment,” Rashid said. “This has caused a huge cash-crunch in the industry. In April, AMC raised $500m in debt to help it ride out the crisis. As of market close on May 13, its market cap was just $479.5m. This would allow Amazon to acquire AMC at a cut-price price, but Amazon’s money may be better spent elsewhere, possibly investing in a studio or ad-based streaming service to complement its existing offerings.”

To that last point, Hulu generates more than 75 percent of its revenue from its ad-supported model while analysts have argued that Netflix has already peaked unless it adjusts its business model. Perhaps a studio pipeline of content or a lower-priced ad-supported option is an attractive alternative for Amazon.

Then again, not everyone agrees. In a note to clients, analyst Eric Wold at B. Riley FBR argued that the acquisition of large exhibitor would provide Amazon with an “incremental earnings stream from its own films” as well as an “attractive marketing vehicle to drive additional subscribers being exposed to the studio’s films.”

We’ll simply have to wait and see if Amazon begins to position itself for a major nine-figure acquisition. 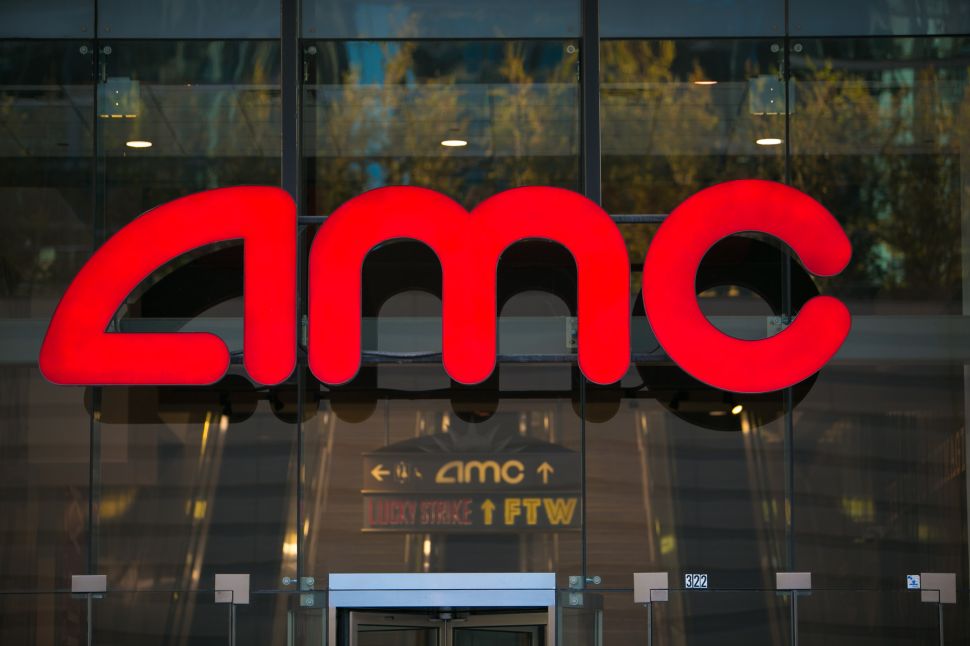