A male employee working at an Amazon fulfillment center in Staten Island, New York, has died of the novel coronavirus, The Verge reported on Tuesday.

Several Amazon managers notified workers of the death on Monday, which is believed to be first COVID-19 death at the facility, known as JFK8, since an employee walkout in protest of unsafe work conditions in late March.

Amazon told The Verge that the dead employee was last seen on site on April 5 and tested positive for COVID-19 on April 11. He was then placed in quarantine.

“We are deeply saddened by the loss of an associate at our site in Staten Island, NY. His family and loved ones are in our thoughts, and we are supporting his fellow colleagues,” Amazon said in a statement on Tuesday.

On March 30, shortly after a COVID-19 case was reported out of JFK8, about 100 warehouse workers staged a walkout outside the facility protesting Amazon’s decision of keeping the fulfillment center open. Christian Smalls, a warehouse assistant manager leading the protest, was fired and reportedly the subject of a planned smear campaign by the company.

Amazon insisted on keeping most fulfillment centers open even after the protest, but agreed to put in place a series of safety measures at warehouses across the country, including taking employees’ temperature upon entry and mandating social distancing at work. Yet, the coronavirus seemed to continue spreading among Amazon workers, prompting protests at more facilities and senior employees quitting over corporate’s decision to fire activist workers.

Last week, Tim Bray, a senior engineer at Amazon’s web services unit, announced his resignation in an angry blog post, saying he “quit in dismay at Amazon firing whistleblowers who were making noise about warehouse employees frightened of Covid-19.” Bray said the move would cost him $1 million in salary and stock.

Amazon hasn’t officially disclosed how many employees have contracted COVID-19. Media reports since the outbreak suggest that there are more than 130 cases across various facilities. JFK8 alone has at least 29, according to internal documents reviewed by The Verge. 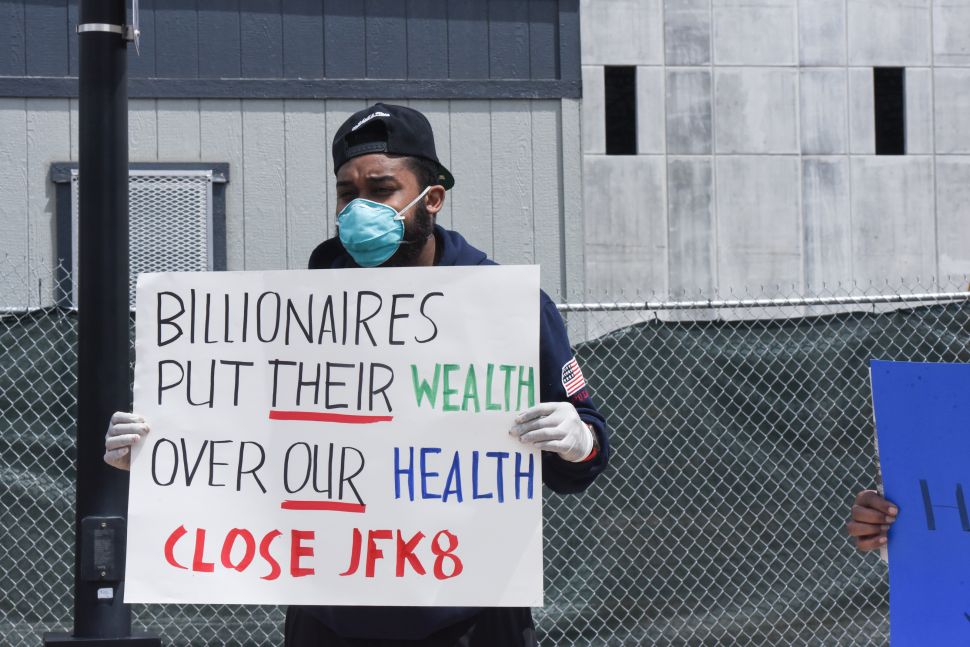