The prospect of a live classical music concert feels especially far away during the quarantine, since its abrupt halting of tours, concerts and festivals. Amid emptied halls, there’s a creative surge online, via streamed concerts, virtual galas and archival gems. In the United States, internet performances seem the only sure option for the foreseeable future.

Not so in Taiwan. On Sunday May 24, its National Symphony Orchestra performed to a live audience of 450, the first concert of its kind since lockdown. As many worldwide still shelter in place, Taiwan’s NSO performs again May 30 and June 12; the latter welcomes more than 1,000 attendees. (The hall fits 2,000).

SEE ALSO: Even When Broadway Reopens, New Yorkers Say Distrust of Others Will Keep Them Away

“We’ve been expecting this day for a while, and we are very lucky and grateful that Taiwan is currently in a safe stage,” symphony orchestra executive director Lydia Kuo told Observer. The Central Epidemic Command Center announced that if there are no new cases by June 7, performances can unfold with a full audience. They hope to lead global returning efforts. “As for advice [to other institutions], we think that following expert guidance is extremely important,” Kuo said, adding they’re relying on CECC cues.

In parts of Europe also rocked by earlier coronavirus waves, classical music is resurfacing. On May 1, the Berlin Philharmonic began livestreaming concerts, to an audience of zero, with reduced performers and masked stagehands. June brings more: The Vienna Philharmonic will perform a shorter live concert, with no intermission, to a smaller audience. The Italian government will permit performance spaces to open June 15, limiting to 200 for audiences indoors. Among the first concerts are an open-air one at the Ravenna festival, which will instate staggered seat access.

“We’re watching very closely as friends and colleagues in Europe and Asia in particular reemerge,” said Philadelphia Orchestra president and CEO Matías Tarnopolsky. March 12 saw the orchestra’s last live concert, mirroring cancellations at the Los Angeles Philharmonic and later the New York Philharmonic. As Tarnopolsky looks ahead, he sees safe distancing protocols as likely standards in US concert halls, plus a gradual increase in audience size. Guiding most strategies is the desire to bring fans as meaningfully close to the music as possible. “As we look at models of reemergence, we’re getting a lot of information and inspiration from what we’re seeing colleagues around the world doing. The first priority is safety. But, within that context it’s clear there’s so much that can be done,” Tarnopolsky said.

The Philadelphia Orchestra is exploring convening small groups of musicians as soon as July. Another possibility is innovating indoor and outdoor spaces around Philadelphia, potentially allowing listeners to walk around.

This is where each institution will have unique strategies, based on particular resources and local health mandates. At the Kennedy Center in Washington, D.C., a venue that comprises several performance spaces of varying sizes, the National Symphony Orchestra has a breadth of options. This could mean multiple ways of welcoming audiences safely, said Gary Ginstling, NSO executive director. He added they’re also considering shorter concerts.

“We have to be cognizant that, if social distancing requirements are in place, it doesn’t only impact our audience, it also impacts our musicians,” said Ginstling. “And so we have to envision utilizing the space in new ways and making sure our musicians are socially distancing. So that reduces the number of players, which will impact repertoire choices. All of those things are being looked at.”

Ginstling said each institution’s return will look different. Still, movements abroad are encouraging. “It’s inspiring to see performance has started again. We all have the same goal, right? To get our orchestras back in front of the public and allow people to experience live performances,” he said. “We’re excited to see that happening.” 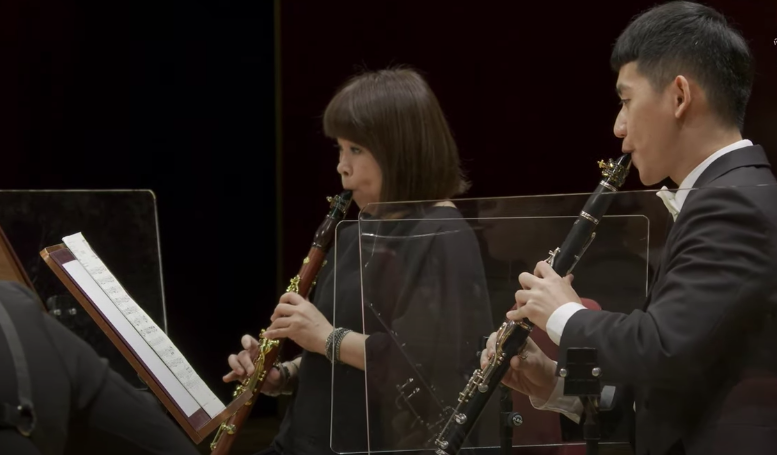