During the coronavirus pandemic and enforced social distancing, people around the world have been turning to the video game Animal Crossing as a source of entertainment and distraction while prevented from going outside. In Animal Crossing, you play as a tiny critter avatar who cultivates their adorable homestead, grows plants in their lush front yard and socializes with other critters in their neighborhood. It sounds simple, but creative types having been taking the ball and running with it. The Getty Museum in Los Angeles recently made 70,000 of their artworks available to be transposed into the digital Animal Crossing world, and a popular illustrator who goes by Kᴇɪɪᴅ on Twitter recently unveiled her humanoid interpretations of the Animal Crossing game’s most popular characters.

Other artists, like Shing Yin Khor, have also gotten a lot of traction and traffic on the internet for their creative interpretations or uses of the Animal Crossing platform. Khor transformed her Animal Crossing island into a digital approximation of an exhibition space. There, to the delight of her multitude of followers, Khor has recreated works by Barbara Kruger, Jeanne-Claude, Chris Burden and Marina Abramović.

omg tom nook looks like a hot dad i can't skdjskz, also flora has to be the prettiest thing ever omg i love her

Kᴇɪɪᴅ’s illustrations of the humanoid Animal Crossing characters play into a different artistic tradition, however. Whereas Khor is cribbing her in-game performance art from real-world contemporary artists, the popular Twitter illustrator is going for an effect that’s a bit more reminiscent of fan fiction or furry culture, the practice that centers around giving anthropomorphic animal characters humanoid characteristics and personalities. Frankly, there’s nothing wrong with either take on the Animal Crossing world. Giving that we’re all spending too much time indoors, it makes sense that after enough hours of playing a video game, even a cartoon raccoon would start to look vaguely like a handsome man. 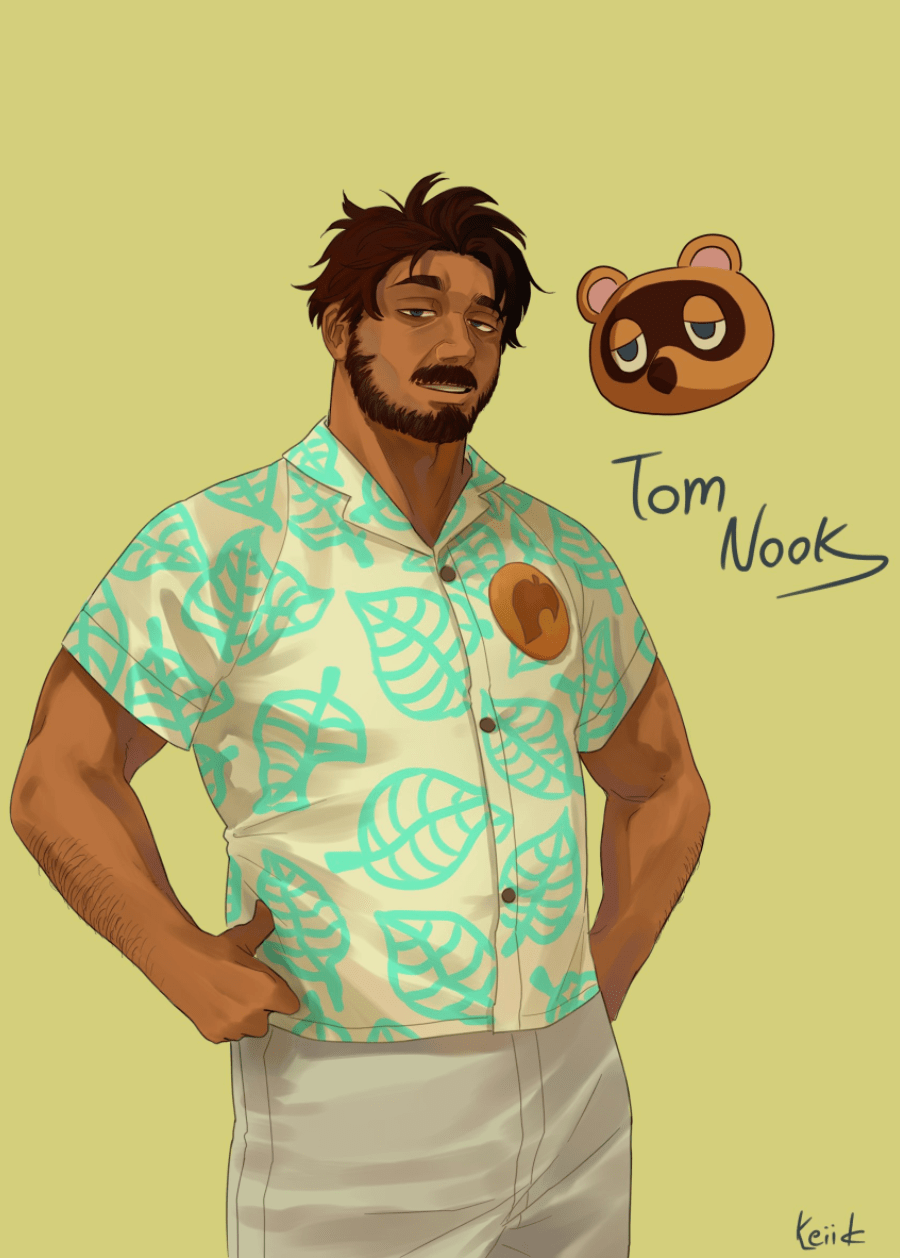