April was one of the most devastating months for workers in American history, fall out from the structural economy and commerce coming to a halt during the coronavirus quarantine. The Labor Department’s April jobs report, released Friday morning, just confirmed the extent of the historic economic carnage.

The April statistics, the first to capture the impact of a full month of lockdown on the labor market, showed that 20.5 million people lost their full-time jobs in April, pushing the unemployment rate to a record 14.7 percent, the highest level on the government’s record since 1948. The report does not count gig economy workers like Uber drivers, freelance writers, or contractors in other industries.

Almost all business sectors were affected by massive layoffs last month. But some industries were hit harder than others. And the impact was uneven among different racial groups, gender and kinds of jobs. Here are six of the most notable takeaways from Friday’s report.

Hospitality and retail are the hardest-hit industries.

The leisure and hospitality sector lost 7.7 million jobs in April, representing a 47 percent decline from a year ago. Almost three-quarters of the decrease occurred in restaurants and bar, with the rest occurring in hotels, arts and entertainment.

Employment in the retail sector fell by 2.1 million in April. A third of the decline occurred in clothing and accessories stores, led by layoffs and furloughs at Macy’s, Neiman Marcus, J.Crew and other major brands.

You might think that demand for health care workers would be surging during the pandemic as hospitals scramble to deal with high patient influx. However, the health services sector overall actually lost 1.4 million jobs in April. The decline was primarily driven by closures of dentists’ offices, physicians’ offices, offices of nurse practitioners and child day center services, the Labor Department said. Hospitals have also had to furlough workers who are involved in elective surgeries and procedures, which have largely been pushed back.

See Also: Everybody’s Hustling: How Americans Are Making Money at Home During the Pandemic

Nine in ten newly unemployed people were on temporary layoff.

About 88 percent of people who lost jobs in April reported that they were on temporary layoff. Total number of the temporary jobless jumped ten-fold from a year ago to 18.1 million in April. Slightly more than half a million people lost jobs permanently last month.

Hispanics workers were the most affected.

Among racial groups, the jobless rate increased the most for Hispanics in April, rising 12.9 percent from a year ago to an alarming 18.9 percent. About one in five working-age Hispanic Americans were unemployed at the end of April. The rates for white, African Americans and Asian Americans rose about 10 percent each. Jobless rates for these groups currently stand at 14.2 percent for whites, 14.5 percent for Asians and 16.7 percent for blacks.

In April, the number of part-time workers who would have preferred full-time work nearly doubled to 10.9 million from a year ago. Most of these people “were working part time because their hours had been reduced or they were unable to find full-time jobs,” the Labor Department said.

While tens of millions of Americans lost income sources, average wages for those who still had jobs increased 7.9 percent in April from a year ago. It was possibly a result of many low-wage workers leaving the workforce while more white-collar employees worked from home, according to The Wall Street Journal. 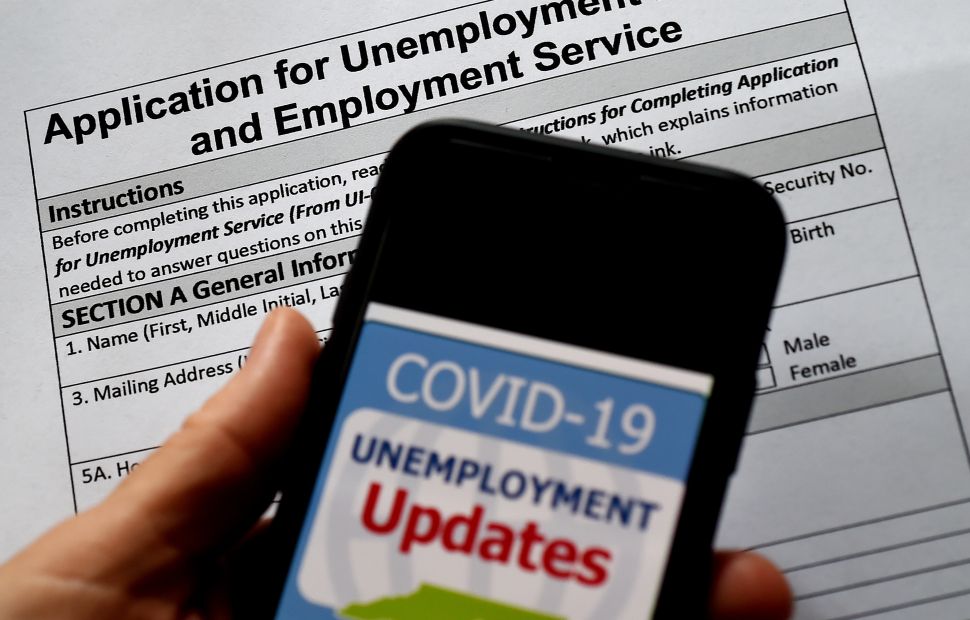