If the world had been as it should be and not this horrifying mess in which we find ourselves, Arkansas, the directorial debut from Hot Tub Time Machine star Clark Duke, would have made its debut in March at South by Southwest. No doubt its amiable mix of shuffle-footed philosophizing and chicken-fried crime shenanigans would have found an welcome home among the badge-wearing hipsters and the brisket.

Instead, it is available to be beamed into our stressed-out and cluttered living spaces as of May 5, and it arrives as a strange hybrid. At once, the film is a drive-in feature unspooling the tale of a couple of unambitious low-level dealers (Liam Hemsworth and Duke) stumbling ass backwards into a war with their unseen (by them) boss man, Frog (Vince Vaughn) and also a multigenerational, anthropological study of the inner workings of the drug trade in the Deep South, almost like a truncated AMC show.

Early on, the prospect of taking the film seriously is almost done in by a wink-wink, nudge-nudge self-awareness that’s poured over the dialogue like icing on a Cinnabon, calling attention to the artifice of the endeavor for no particular purpose other than ‘why not.’ There’s John Malkovich at his most preening and mannered (the bar is high) playing a middleman who fronts as a park ranger tasked with overseeing the bumbling pair. “The line is, ‘May you dream of offered tits,'” he says as a way of bidding the fellows goodnight, all the while practically jamming his elbow into your ribcage.

But as the film moves beyond its choppy first segment (like an extra large TV dinner, Arkansas is helpfully portioned into five chapters), it shakes off some of its early air quotes and discovers its own laconic rhythm.

The story slowly reveals itself as something of a corrective to the typical presentations of organized crime as run by ruthless Machiavellian masterminds. As it does, the characters emerge as more complicated and engaging than the initial setup would suggest they were capable. It is further aided by classic turns from star Hemsworth and, most pleasingly, Vaughn as his opposite number; the two handle the film’s dramatic heavy lifting and curious tone shifts with a deadly serious sense of purpose that is leavened with just the right dusting of irony.

From the get go—with its Elmore Leonard–styled setup and Kyle’s Linklater-esque voiceover through which he ruminates about his “philosophy of life”—Arkansas has the feel of an indie movie from one generation earlier. Its flashes of extreme violence, including a scene in which Malkovich is tortured by a Louisiana hayseed (played by Clark’s younger brother Chandler Duke), call to mind that era’s endless rush of dime store Tarantino knock-offs. Adding to this patina of ’90s nostalgia are the Flaming Lips, who provide songs for the soundtrack and make an appearance in the film as a bar band.

But there turns out to be something much more gentle and nuanced in the way Duke develops these characters and teases out their surprisingly rich and complex relationships. In fact, he pulls this trick off twice: once with the no-nonsense Kyle and the chain-smoking jokester Swin, and again in flashbacks that show how Frog went from knickknack salesman to drug lord right under the nose of his mentor Almond, played by The Wire‘s Michael Kenneth Williams, who lends the proceedings much-needed gravitas.

The first-time director also shows a knack for building tension within a scene, including one on a houseboat with Kill Bill mamba Vivica A. Fox. (Her character’s name in Arkansas is Her.) Eden Brolin also gives a lovely, layered performance as Johnna, a nurse who serves as a love interest for Duke’s character.

Overall, it is the performers that give the story life and allow Arkansas to rise above some of its shallower instincts, which include a garish costume design that seems to posit the idea that people from the South dress like rodeo clowns. Hemsworth in particular brings a truth and measured heartbreak to his portrayal of someone who has been forced to glimpse how the world works and deeply wished he hadn’t.

No matter the size of the screen or the corniness of dialogue, Arkansas proves that strong acting from game performers can make even the most harebrained of endeavors brim with vitality and necessity.

Arkansas is available to stream at Amazon Prime Video, Google Play and YouTube. 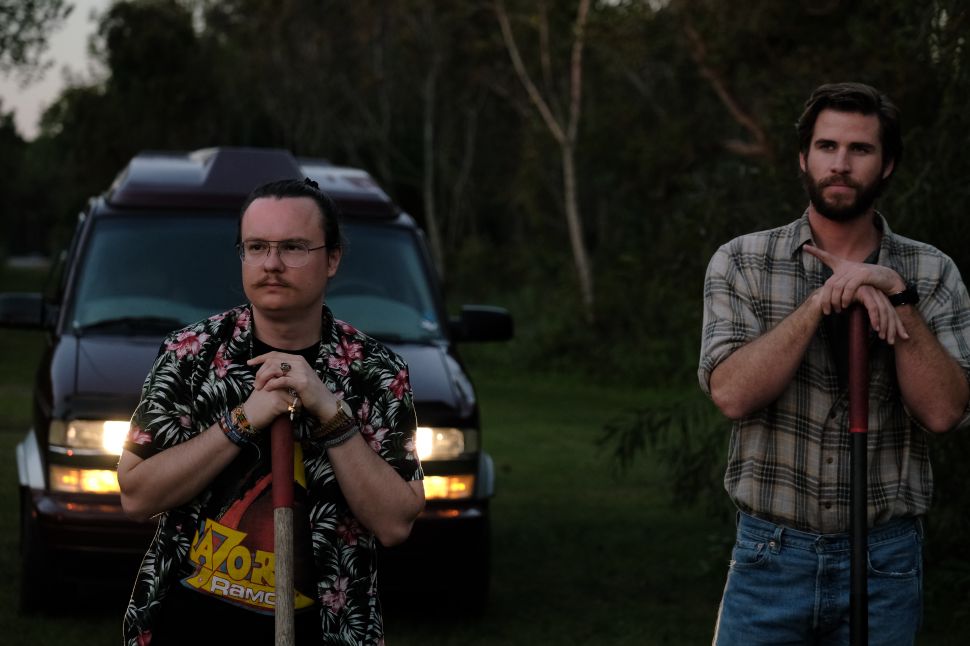