After six years of ownership, Ashton Kutcher and Mila Kunis are ready to bid farewell to their Beverly Hills mansion. The couple is listing the Los Angeles home for sale, with a nearly $14 million price tag attached.

Kutcher and Kunis, who have two children together, purchased the five-bedroom, 5.5-bathroom home for $10.22 million in April 2014, shortly after they announced their engagement, and they previously used it as their primary residence, according to Variety.

Kutcher and Kunis aren’t planning on staying in the 7,351-square-foot home anytime soon, though, as they’re also listing the property as  pricey $55,000 a month rental. The duo is quarantining at their Carpinteria beach retreat, which they purchased for just over $10 million three years ago.

The Beverly Hills home is located within the celeb-adored Hidden Valley gated community.

The house features oak floors throughout, as well as hand-crafted mouldings and plenty of French doors. The kitchen is equipped with white cabinetry, a large center island and a wood-topped breakfast bar with countertop seating. There’s also a breakfast nook with a built-in banquet, in addition to a formal dining room.

A step-down family room is centered around a marble-framed fireplace. There’s also a mahogany-paneled office area.

The master suite is outfitted with bay windows, a fireplace, two walk-in closets and a bathroom with a freestanding tub and picture windows, per the listing shared by Hilton & Hyland brokers Justin Paul Huchel and Drew Fenton.

The lower level of the home is set up with a temperature-controlled wine room, a sauna, a gym and a spare guest room.

Outside, there’s a pool and a covered outdoor patio space.

Kunis and Kutcher aren’t leaving Beverly Hills for good, though. According to Variety, they’re currently in the midst of building a massive, modern estate in the ritzy area. 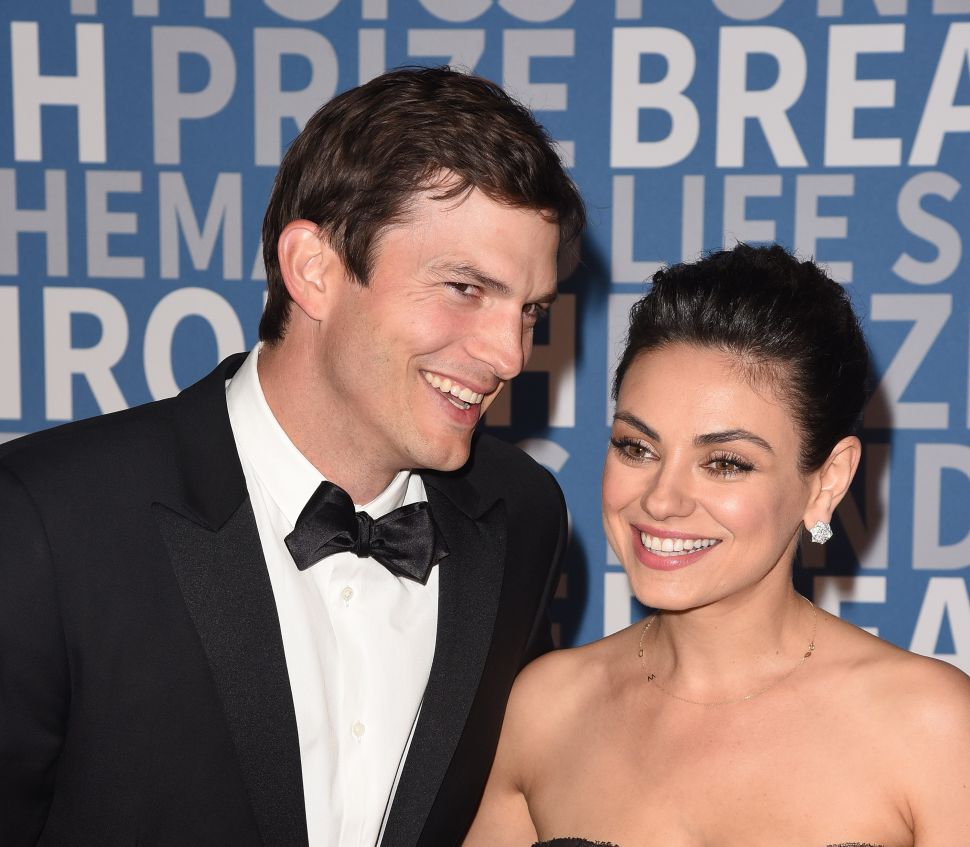