Disney+ launched in the United States six months ago and has already racked up more than 54 million subscribers. The only downside to its explosion of growth is that, by now, most users have probably powered through the Marvel movies, completed their Star Wars marathons, and polished off the live-action remakes. With the coronavirus pandemic still forcing most of us to stay at home and with the long Memorial Day Weekend at hand, fans need new options to stay busy. We can only Zoom and drink beer for so long.

Fortunately, Disney boasts a plethora of underrated gems that have become somewhat overlooked thanks to poor performances at the box office. By pouring over critic and viewer ratings across sites IMDb, Rotten Tomatoes, and Metacritic, Broad Band Choices has put together a list of the 10 best Disney flicks that flopped financially.

SEE ALSO: Your Memorial Day Weekend Guide to the Best Shows and Movies to Watch

It’s important to remember that studios only take home about 50 percent of domestic ticket sales and 25 percent overseas, with the rest going to the theaters. Generally speaking, studios like to triple the production budgets of their blockbuster films at the worldwide box office to cover marketing and ancillary costs and eventually turn a profit. That’s why a film can earn more than its budget, but still lose money.

Each title is linked to its Disney+ page, for your bingeing convenience.

Ricky Gervais, Tina Fey and Modern Family‘s Ty Burrell star in Muppets Most Wanted, which is a pretty solid foundation in my book. Also, has anyone else ever wondered who would win in a fight between Kermit the Frog and Elmo? Just me? I retract my previous question. Watch it on Disney+.

There’s something innately alluring about the concept of time travel, which is why it’s been such a popular topic throughout varying mediums for centuries. Meet the Robinsons follows Lewis, a brilliant young inventor, to find the family he never knew living in the fantastical world of 2037. Given everything that’s going on in the world right now, we all wouldn’t mind skipping forward to a happier time. Watch it on Disney+.

I’m no hater, but The Good Dinosaur probably deserves its “meh” reception from ticket buyers. It’s a subpar Disney product, especially among the vaunted Pixar library. Watch it on Disney+.

7. The Rescuers Down Under

I won’t lie to you, kind reader. I’ve never seen The Rescuers Down Under and my honor won’t allow me to pretend otherwise. [Eds. note: Dammit, Brandon.] According to Disney+, it’s about the world’s bravest mice, Bernard and Bianca, who race to Australia to save a boy and a rare golden eagle from a murderous poacher. So, you know, normal Disney stuff. Watch it on Disney+.

Treasure Planet and Atlantis: The Lost Empire—those are the live-action remakes we actually want, Disney! Listen to the people instead of making a sequel to the live-action Aladdin. Thank you for coming to my TED talk. Watch it on Disney+.

I love Disney as much as the next millennial. But it’s disappointing to see flavorless live-action remakes like The Lion King and Beauty and the Beast post billions at the box office while more soulful remakes like Pete’s Dragon toil in relative obscurity. *sigh* Watch it on Disney+.

I remember disliking Fantasia 2000 in theaters as a young child, but developing a much deeper appreciation for the fantastical display of musical imagery as an adult. Disney employs cutting-edge technological tools and beautiful visual language to produce an operatic symphony under-appreciated in its time. Watch it on Disney+.

Everyone loves dogs. Everyone should especially love dogs who believe that the TV show they star in is real and then don’t understand why they’re not actually a super powered canine when they become lost in New York City. We did you dirty, Bolt. Watch it on Disney+.

Picture this: a young mouse named Olivia is on a mission to unearth the truth of her father’s disappearance in 1897 London, so she enlists the help from famed Basil of Baker Street and his pals, Dr. Dawson and Toby. It’s basically Disney’s Sherlock Holmes. Solid option right here. Watch it on Disney+.

Arrogant emperor Kuzco is turned into a llama by a power-hungry adviser looking to steal his throne. In order for the once-mighty ruler to regain his position, he must form an unlikely alliance when a peasant offers to help. Humility and life-lessons ensue. Given the endless meme material The Emperor’s New Groove has provided in the modern day, I’m disappointed we let this one bomb back in 2000. Watch it on Disney+. 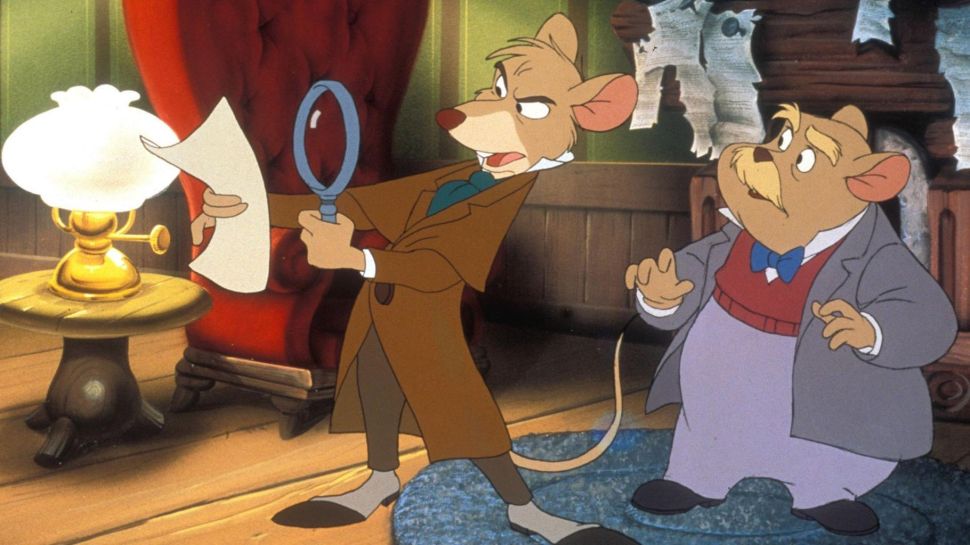