On March 14, Joe Tsai, the owner of the Brooklyn Nets, made a public promise to workers in the midst of a national economic breakdown. Tsai, the billionaire co-founder of Chinese e-commerce giant Alibaba and sole owner of the Nets and Barclays Center arena, promised to pay the workers that help the Barclays Center run on a daily basis even after the NBA suspended its season due to the coronavirus pandemic. In the statement, Tsai said the team would “work closely and expeditiously with our partners, including service contractors, event promoters and unions to implement this plan.”

The promise was to pay the employees through the end of May, unless the season resumed before that, but multiple sources tell Observer that at least 15 workers have not been compensated despite these promises.

“The bottom line is the Barclays Center is out there bragging to newspapers that they are taking care of their people and their people are being discovered that haven’t seen a dime,” Chelsey Hearn, who manages the arena’s jumbotron, tells Observer.

For Hearn, the lack of payment feels like a personal affront. She has been working at the Barclays Center since it opened, including the Nets’ very first game at the arena.

“I left my house with 4 feet of to come work the game after Superstorm Sandy,” Hearn says. “I am highly offended. I am a single mother and rely on this income.”

“The last time I was paid was for the first day of the Atlantic-10 Tournament. I haven’t been paid since,” scoreboard graphics operator Dave Katz tells Observer. The Atlantic-10 tournament, a college basketball event, began on March 11th before being canceled on the 12th. “We are directly with the team. We thought we were going to get paid.”

The unpaid workers are governed by multiple subcontractor agreements, complicating the situation and making it more difficult to unwind who owes money to whom. The Barclays Center holding company, BSE Global, works with a collection of contractors, subcontractors and vendors across the arena representing all different industries that make each game and event at Barclays Center come to life. BSE Global contracts AEG worldwide to manage the arena. Their affiliated company, ASM Global, contracts out to the Massachusetts-based Green Line Group, which then contracts Connecticut-based Barry Fialk Inc. to conduct the daily hires for arena production jobs.

Barry Fialk Inc. hires camera operators, replay operators, audio technicians, technical directors, and graphics operators at the Barclays Center in coordination with the local union group IATSE Local 100 on a daily basis. The crew is under the direct supervision of BSE Global.

The first breakdown seems to have occurred between Barclays and Green Line, with the two sides offering very different stories. The Nets told Observer that it paid Green Line in a statement made late Tuesday.

“When we made the decision to continue paying thousands of Barclays Center hourly workers during the COVID-19 pandemic, we focused on those who are either on our payroll or work most, if not all, events at Barclays Center,” the statement said. “This far-reaching net captured arena employees including guest services personnel, concessionaires, housekeeping staff, security, maintenance crews, box office staff, lighting personnel, electricians and many others who support our venue day in and day out.

“Green Line has dozens of clients in the city, and they are a third party subcontractor hired by another one of our contractors for a handful of individuals to provide technical audio-visual support during select events,” the statement continues. “In that regard, Green Line is one of the hundreds of vendors that services Barclays Center. Just last week, we paid Green Line a six-figure check for their services performed. It is the responsibility of Green Line to take care of its own employees.”

Green Line Group confirmed that BSE paid crew through services rendered but told Observer that there were no funds to cover the timeframe noted in the March 14th statement.

Meanwhile, Barry Fialk, who operates his namesake company, defended not paying some workers by saying that these subcontractors are compensated on a daily rate rather than hourly. Hearn disputes that claim: “We are hourly workers. We are under supervision by Brooklyn Sports Entertainment [BSE] when we work your games,” Hearn said. Observer can independently confirm these contractors are paid hourly.

The contractor workers who have not been paid, Fialk also suggested, are not the ones most in need of assistance at this time.

“The press articles citing Barclays’ intention to continue to pay hourly workers reference the workers as ‘the people who park cars, scan tickets, sell hot dogs and beer, pick up trash, and clean bathrooms,'” Fialk said in a statement given to Observer. “While we all face economic uncertainty and challenges, the hourly frontline arena workers are seen as the ones most vulnerable to suffer the consequences of loss of work such as food insecurity and the ones that are most in need of support.”

Fialk’s statement is based on a USA Today report from April about 91 different professional sports teams in the NHL, MLB and NBA, not specifically about Brooklyn Nets or the other events organized by BSE Global. It was also a summary written by the report’s authors, not an official statement from a team owner or their representatives.

Other groups associated with Barclays have been paid. ESPN, citing a union spokesperson, confirmed Levy Restaurant Group will pay the 625 concession workers at Barclays Arena. Observer reached out to Levy Restaurant Group for comment, but it did not return our request for comment. Tsai, through his charitable foundation, has donated millions of masks and other medical supplies to hospitals in New York hard-hit by the coronavirus pandemic.

Fialk says he applied for a PPP loan from the federal government on April 22nd, more than a month after BSE made its announcement. Fialk alerted Observer after defending his move not to pay workers. 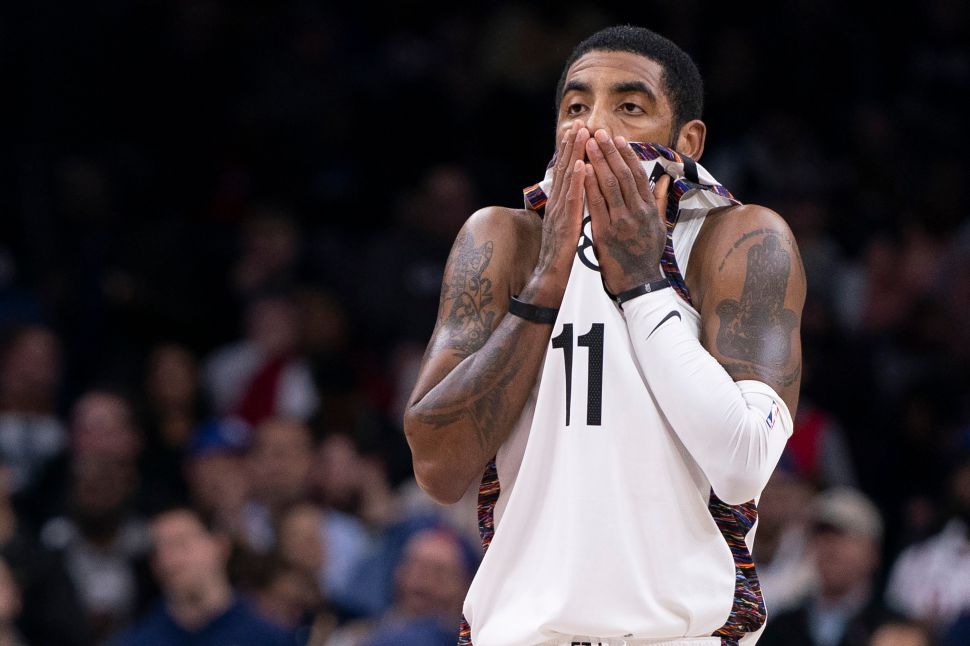