On Thursday, the distribution company 1091 announced that it will release the anticipated documentary Chasing the Present, tracing one man’s journey to decode his inexplicable anxiety, in September of 2020. The film is broken up by a multitude of celebrity talking head interviews, among them polarizing comedian and actor Russell Brand, and Marina Abramović, the Serbian performance artist famous for her bodily and psychic explorations of the dark edge of human consciousness. Abramović’s interview wasn’t made available in the documentary’s trailer, which was also released today, but even a cursory survey of the artist’s output reveals how deeply she’s thought about problems of mental health and anxiety over the years.

As recently as early April, Abramović told the New York Times that her lifelong experience with heartbreak and resilience had made her essentially impervious to any new sources of danger. She’s spent years pushing the limits of what her art can accomplish by doing everything from ingesting pills for nervous disorders that she doesn’t actually have, to encouraging audiences to disengage from the stimuli that usually orients them by having them don blindfolds and submit to “nothingness.”

SEE ALSO: Marina Abramović Breaks Her Silence on Being Labeled a Satanist

Specifically, Chasing the Present will explore the problems with anxiety being experienced by one, materially successful young man in New York City who’s unsure about where his mental distress is coming from. But the movie is also going to investigate the ambient feelings of dread and panic that are so prevalent in society overall: if anxiety is an individual’s problem, why does everyone seem to be feeling so bad?

One answer could certainly have to do with the speed with which everyone is expected to work and adapt under capitalism, which leaves even the most successful people feeling trapped and purposeless. Abramović has released multiple pearls of wisdom on the subject in the past. “When I started doing long durational works, everything changed,” she told the Times in 2016. “It was like the key to another universe. If you do absolutely nothing, just see what the incredible energy inside you will do. You’ll finally be with yourself, which we constantly avoid, because we’re afraid to face ourselves. I give the audience tools to look into themselves. I am the mirror. And that’s it.” 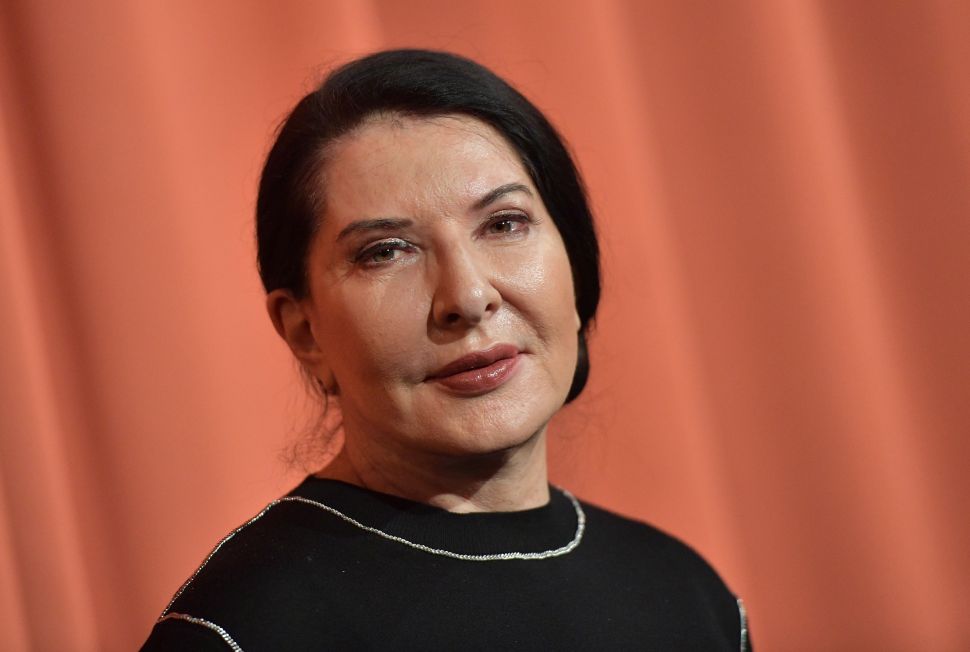