Last week, in the eighth week of an almost nationwide coronavirus shutdown, three million more Americans filed for unemployment benefits, the Labor Department said in the latest weekly jobs report on Thursday. Counting record-high jobless claims in previous weeks, the pandemic has forced more than 36 million people out of work in the past two months.

In a new report on Thursday, Goldman Sachs predicted that the unemployment rate in the U.S. could reach 25 percent this year, the peak rate during the Great Depression, and remain at above 10 percent by the end of 2020 even if economic activities rebound in the second half of the year.

“Prolonged weakness could cause severe scarring effects such as permanent layoffs and business closures that delay the recovery,” Goldman Sachs economists said in the report, per CBS News. “A return to the pre-virus rate is likely years away.”

The unemployment wave has hit low-income Americans particularly hard. Nearly 40 percent of households earning less than $40,000 a year who were working in February had lost a job in March, Federal Reserve Chairman Jerome Powell said on Wednesday in a presentation about the coronavirus’ long-term economic impact.

Most of those lost jobs were in the service sector, particularly restaurants, hotels and retailers. Small businesses lacking the financial buffer to withstand a systematic shock were the most severely damaged. According to a recent study published by the National Bureau of Economic Research, up to 100,000 small businesses may have closed permanently in April, and the majority of the remaining businesses were “financially fragile.”

Meanwhile, the country’s largest businesses and their ultra-rich owners are doing better than ever. On Wednesday, Amazon CEO Jeff Bezos became trending on Twitter after a study by Comparisun, a small business advice platform, predicted that Bezos’ net worth could reach $1 trillion by 2026, based on the speed of his wealth accumulation (mostly tied in Amazon stock) over the past five years. It’s a somewhat flawed study, with uncertain methodology, but Bezos’ has grown by about $35 billion during the pandemic, with net worth now standing at $145 billion.

Facebook CEO Mark Zuckerberg, who’s valued at $78 billion, is also a strong contender to be the world’s first trillionaire, according to Comparisun. “While he might have to wait a couple of extra years, Facebook founder Mark Zuckerberg could gain trillionaire status at a younger age than Bezos, as his current rate growth would see him worth $1 trillion aged 51,” the study said.

Since the first COVID-19 case was discovered in the U.S. in January, Amazon stock has jumped 25 percent and Facebook shares have stayed flat, both outperforming the S&P 500 index, which is down over 10 percent year to date.

The COVID-19 pandemic did put a dent on some of the world’s top 0.001 percent. According to Forbes’ latest billionaire ranking released last month, 226 people suffered the indignity of losing their billionaire status in March due to the coronavirus. But those in the top ranks, including Bezos (No. 1) and Zuckerberg (No. 3), were barely scathed. 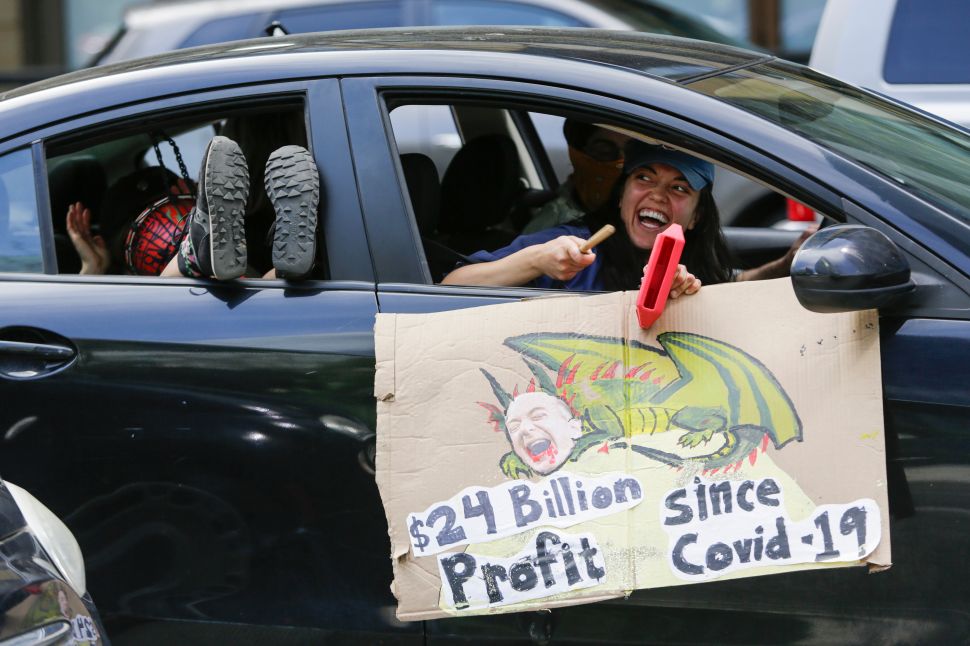