The great coronavirus shutdown was supposed to be temporary. The idea was to shelter-in-place, pause the economy, use government funding to patch financial losses, and pick right up when it was safe to go outside. But just the pandemic has exposed and exacerbated gaping inequalities in people’s personal finances, many businesses that were already struggling before the coronavirus hit American shores are now facing permanent damage — or closing altogether.

Since most states initiated shelter-in-place orders in late March, a string of iconic retailers have been forced to furlough employees, default on mortgage payments, deeply discount merchandise, all desperate measures undertaken to save money and make it through to the other side of the pandemic. Not every company will make it. Here’s a list of the most endangered retail businesses, which will be updated as we learn more.

On Monday, J. Crew Group, which operates J.Crew and Madewell brands, filed for Chapter 11 bankruptcy protection after failing to reach a deal with potential buyers. The retailer is currently seeking $400 million in financing to fund normal operation of its 322 stores during bankruptcy. The company has been burdened by $1.7 billion in debt due to a leveraged buyout by private equity firms in 2011.

The preppy apparel chain had intended to take Madewell, its more profitable brand, public and use the funds to pay down some of its $1.7 billion debt, per The Wall Street Journal. But the deal fell through in March as the financial markets took a bad hit from the coronavirus.

J.Crew’s fellow posh brand Brook Brothers is also on the brink of bankruptcy. Struggling with the $600 million debt sitting on its balance sheet, the fabled menswear retailer is desperately looking for a buyer, Bloomberg reported on Friday.

Victoria’s Secret recently found itself in an awkward position after its private equity buyer, Sycamore Partners, said it was no longer interested in the company. Sycamore claimed that it was entitled to the right to terminate the deal because Victoria’s Secret’s parent company, L Brands, had violated original transaction terms by failing to pay April rent.

Neiman Marcus has been in talks with lenders about filing Chapter 11 since late March, according to Bloomberg. The luxury department store, already struggling to stay relevant in the e-commerce era before the pandemic, is dealing with a mountainous $4.3 billion debt and missed millions of dollars in loan payments in April. Like J. Crew, the retailer also was saddled with debt due to private equity buyouts.

(Updated on July 24) Neiman Marcus filed for bankruptcy protection on May 7. On July 24, the department store said it would permanently close its glitzy new location in New York City’s Hudson Yards shopping mall as part of restructuring.

Last week, Saks Fifth Avenue’s parent company, Hudson’s Bay Company, said it will have to lay off 507 retail workers in New York City. Hudson’s Bay’s other department store, Lord & Taylor, closed its flagship store in New York last year and sold itself to a startup for a paltry $100 million. In February, Hudson Bay was taken private by its chairman Richard Baker and a team of investors.

Mid-scale department stores are only doing marginally better. Similar to Neiman Marcus, JCPenney is in talks with lenders about imminent bankruptcy protection to ease its $4.3 billion debt load. The retailer is reportedly seeking $1 billion in bankruptcy financing, per MarketWatch. The company has been in turmoil for the last decade and last summer moved to find ways to restructure as its share price dipped below $1.

Sears already filed for bankruptcy protection and closed more than 140 stores in 2018. Now, it’s on the verge of going through a second, and final, bankruptcy, according to CNN Business, as the pandemic continues to wreck its once-iconic business.

Sears has temporarily closed all its namesake stores and furloughed most of corporate employees since the coronavirus outbreak.

Macy’s, while forced into store closures and massive layoffs just like its peers, might actually be one of the few department stores that can emerge from the crisis without an embarrassing Chapter 11 or sale.

But first, it needs to raise about $5 billion in debt issuance to fund operation through the pandemic, CNBC reported last month.

On Monday, Macy’s re-opened 68 stores as several states loosened quarantine measures. Extremely bullish analysts predict that Macy’s share price, which has fallen 70 percent year to date, could jump as much as 30 percent after the pandemic, based on the company’s stock trajectory during the 2008 Financial Crisis.

Citing “deep coronavirus impact,” footwear and fashion accessories chain Aldo voluntarily entered bankruptcy protection on May 7 in both the U.S. and its home country, Canada. Its nearly 1,000 stores in North America will continue operation while the company goes under debt restructuring.

Last month, Bloomberg reported that the investment arm of the Quebec government, Investissement Quebec, had expressed an interest in acquiring some of Aldo’s remaining assets. The two parties are negotiating the deal.

Due to mounting debts and plummeting demand during the lockdown, the 102-year-old car rental giant Hertz entered Chapter 11 proceeding on May 22 and soon started liquidating its giant fleet of cars.

Strangely enough, Hertz supposedly worthless stock saw a few days of wild ups and downs following the bankruptcy announcement. At one point, the stock was traded so high that the company sought to raise up to $500 million in rescue funds by issuing new shares. The plan was eventually scrapped due to strong SEC opposition.

The vitamin chain founded in the middle of the Great Depression ended up being unable to survive the pandemic. GNC filed for Chapter 11 protection on June 23 after losing its main source of revenue for three months and furloughing 20 percent of employees.

The company plans to close up to 1,200 stores and find a new buyer of its remaining assets. It also needs to negotiate a way to reorganize its nearly $900 million debt load with lenders.

On July 23, Ascena Retail Group, the parent company of Ann Taylor, Lane Bryant and Catherines, filed for Chapter 11 bankruptcy and said it would close nearly 900 stores. 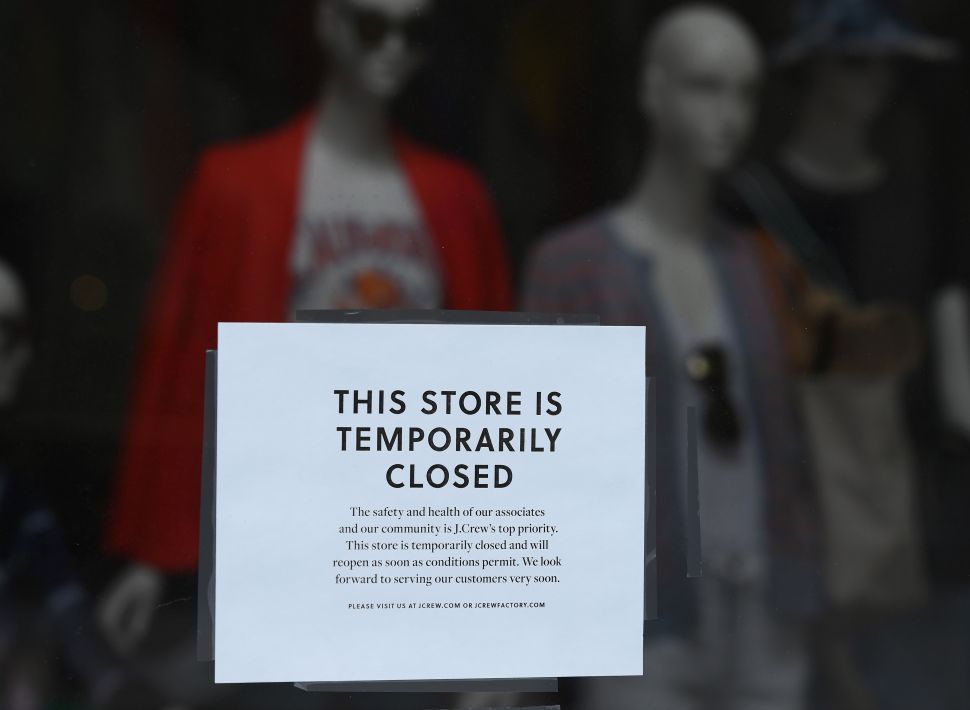