As of Friday, COVID-19 has infected over three million people and killed at least 227,000 worldwide. In the U.S., as states mull strategies to re-open schools and businesses under economic pressure while the pandemic is still raging, the need for an effective antiviral drug is more urgent than ever.

Earlier this week, Gilead Sciences, the developer of promising COVID-19 medicine, remdesivir, released encouraging trial data suggesting that the drug could dramatically improve conditions in severe patients in as little as five days.

In a call with investors on Thursday, Gilead CEO Daniel O’Day said the company expects to produce enough doses to treat one million COVID-19 patients by the end of 2020, with plans to manufacture “several million treatment courses” next year.

While the profit prospect for remdesivir is still unclear, O’Day said the company is actively seeking partners to prepare for the mass production of the drug. “We understand our responsibility both to patients and also to shareholders and we’ll be balancing that,” the CEO said on CNBC’s “Squawk Box” on Thursday.

In the first quarter, Gilead spent $50 million on the research and development of remdesivir, O’Day disclosed on Thursday, and expects to spend up to $1 billion this year. While getting the drug approved by the U.S. Food and Drug Administration takes time, an emergency use authorization by FDA could be just days away, The New York Times reported on Wednesday.

Other potential COVID-19 drugs being experimented at the moment include malaria medicine chloroquine and hydroxychloroquine, the HIV drug Kaletra, also known as Aluvia (a combination of lopinavir and ritonavir), and a similar combination plus an immune system messenger called interferon-beta. All of these have been under test in a global trial initiated by the World Health Organization since late March.

In a review published in the May issue of the Federation of American Societies for Experimental Biology Journal, Mark Poznansky, a Harvard Medical School professor specializing in vaccine and immunotherapy, cast doubts over the effectiveness of chloroquine and hydroxychloroquine despite earlier anecdotal evidence and poorly controlled clinical trials backing the drugs.

“When I went on service a few weeks ago in the ICUs of Massachusetts General Hospital as an infectious diseases attending physician, it was evident to me and my colleagues that there were both risks and benefits of the widespread initial use of hydroxychloroquine in the context of COVID-19 infection,” Poznansky wrote. “This was based on seeing patients who, for whatever reason, appeared to be doing poorly despite the use of this medication.”

Further study and trials will be needed to determine their efficacy, Poznansky noted.

Earlier this month, a hospital treating severe COVID-19 cases in Wuhan, China, the earliest epicenter of the pandemic, said Kaletra, the HIV drug, appeared promising in killing the virus after testing on patients since January. Yet, a study published in the New England Journal of Medicine in March suggested that Kaletra may not be effective as a potential COVID-19 treatment.

Doctors at the Chinese hospital also reported optimism on another experimental drug, bismuth potassium citrate, which they have prescribed since January as well. “The overall research is not over but everyone has a feeling—it is just a feeling—but it is that these drugs have some use,” Zhang Dingyu, president of the Wuhan hospital, told Reuters. 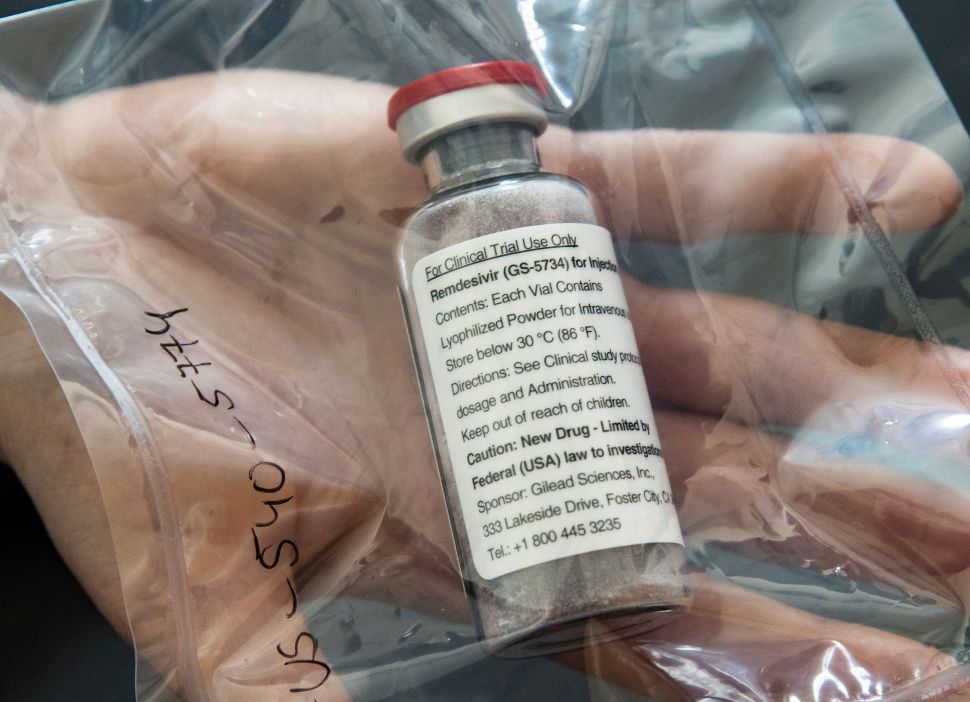