How do we find success in the streaming age? In an era where delivery methods for content are plentiful but monoculture is rare, unearthing and then cultivating a worthwhile contribution to the ever-growing small screen jungle is a herculean task. Traditional sitcoms like Brooklyn Nine-Nine and The Good Place aren’t exactly dying on the vine, but they require a strong digital presence to survive. Blockbuster series like Game of Thrones, Stranger Things and The Mandalorian are the most sought-after products in the industry, but cost prohibitive and not easily replicated. Does a viable middle lane between the two extremes even exist in today’s ecosystem? Yes, but not easily.

FXX’s Dave, based on the life of rapper and comedian Dave Burd (better known by his stage name Lil Dicky), has been renewed for a second season after becoming FX Networks’ highest-ranked comedy series ever. The alternatively hilarious and dark show averaged an episodic audience of 5.32 million total viewers to date across linear, VOD and streaming while also enjoying week-to-week viewership growths of more than 1 million multiple times. It is, in many ways, the ideal hybrid concoction of the modern era built to succeed across multiple platforms.

The series averaged just over 213,000 live linear viewers on FXX, which has a smaller reach and lower profile than sibling network FX. Yet thanks to prime position on FX on Hulu, Dave is thriving on delayed digital viewership, proving the new brand’s worth to Disney in the process. Networks used to strive for “must-see TV” meant to be consumed live. These days, it’s about finding stories that strike a chord in their own time and build audiences over weeks. That’s where FX President John Landgraf has far surpassed his competitors.

FX is affectionately known as the HBO of basic cable thanks to its carefully calculated curation of quality. Dave joins acclaimed shows like Atlanta, Better Things, What We Do in the Shadows, Fargo, Devs, The Americans, American Horror Story and a host of other valuable series that compose FX’s formidable recent roster. What’s notable about Landgraf’s selection process is how varied and eclectic it is.

Dave and Atlanta take inspiration from their creators’ real-life musical successes, turning public exploits into deeply personal tales of character growth. What We Do in the Shadows and Fargo are clever reimaginings of big screen counterparts that borrow the best elements from their big brothers while remixing others. Better Things, The Americans, American Horror Story, etc. are all original stories that vary in genre and tone, yet equally thrill and compel for different reasons. FX has the rare ability to develop new concepts, leverage loosely established brands and take calculated risks to turn ideas into hits. And, if not outright hits, valuable contributors that pull their own weight. That’s what separates FX from the basic cable competition.

Amid linear ratings declines and a growing emphasis on streaming, AMC, TNT and USA Network are scaling back on costly scripted series. Last year, scripted series accounted for 24 percent of the 25 highest-rated original series on cable. That marked a 50 percent drop from just five years ago.

At times, AMC has looked lost in its post-Mad Men and Breaking Bad reality, retreating to the relative safety and comfort of The Walking Dead universe to prop itself up. The network has a second zombie spinoff, The Walking Dead: World Beyond, in the works following Fear the Walking Dead, as well as those three Rick Grimes movies. That doesn’t preclude the network from taking chances—Jason Segel’s Dispatches From Nowhere is an admirable swing—but it does establish a new brand identity. USA Network bid adieu to Mr. Robot last year and has not yet renewed Andy Greenwald’s expensive Briarpatch for a second season. TNT, A&E and other basic cable operations are turning toward less expensive and less volatile unscripted fare as a safe haven in the new reality of television.

FX hasn’t been immune to the evolution of viewing with ratings plunging by double digits in 2019, but it has continued to deliver scripted series that justify the costs. With a stringent development process meant to weed out any idea that doesn’t meet FX’s lofty quality standards, the brand has maintained its reputation for excellence. Under Disney, FX is adapting its approach to fit with the increasingly digital preferences of viewers. Dave‘s resonance is a microcosm of its network’s operation and the widening gap between FX and the competition. 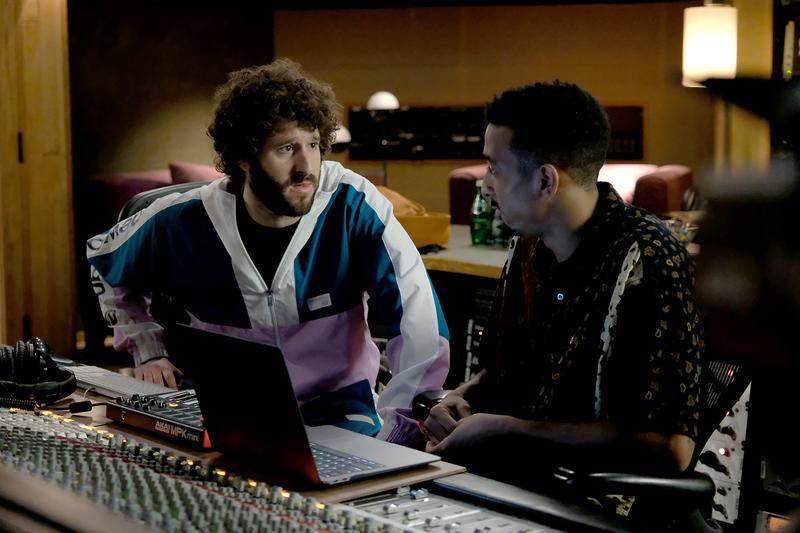