Disney Theatrical Productions announced on Thursday that the stage musical adaptation of the smash-hit animated movie Frozen would not be reopening, even after the conditions of the coronavirus die down. This cancellation of a relatively popular, if not necessarily critically-beloved, production serves as a reminder that the pandemic hasn’t just resulted in the pressing of a pause button on all normal activities related to theater and performance: the texture of Broadway is likely to change permanently.

But Frozen isn’t the only Broadway production that’s been sacrificed to the maw of the pandemic: planned runs of a revival of the magnificent Edward Albee play Who’s Afraid of Virginia Woolf, which trains its eye on a fighting couple throughout a long, booze-soaked evening, and Hangmen, a new play about capital punishment from the screenwriter of Three Billboards Outside Ebbing, Missouri, have also been scrapped. Although it’s sad that these shows won’t get to flourish, it makes sense that smaller shows would be shuttered in the face of such an unprecedented global calamity. Similarly, the Times reports, planned Broadway productions such as Plaza Suite and a new (perhaps questionable) bio-musical about Michael Jackson are facing long postponements. Neither will open until spring 2021 at the earliest.

What’s perhaps less-expected is the shuttering of Frozen, which was one of three musicals Disney Theatrical Productions had running on the Great White Way before the world changed forever; the other two are The Lion King and Aladdin. However, just like almost every other big company, Disney is hemorrhaging cash right now, especially due to the fact that Disney’s now-shuttered parks businesses generated so much of their income. It’s hard to predict what the future will hold, but it’s striking that the world is now so dire, audiences can no longer be trusted to return in droves to see Frozen, one of the most popular children’s narratives to emerge in recent memory. 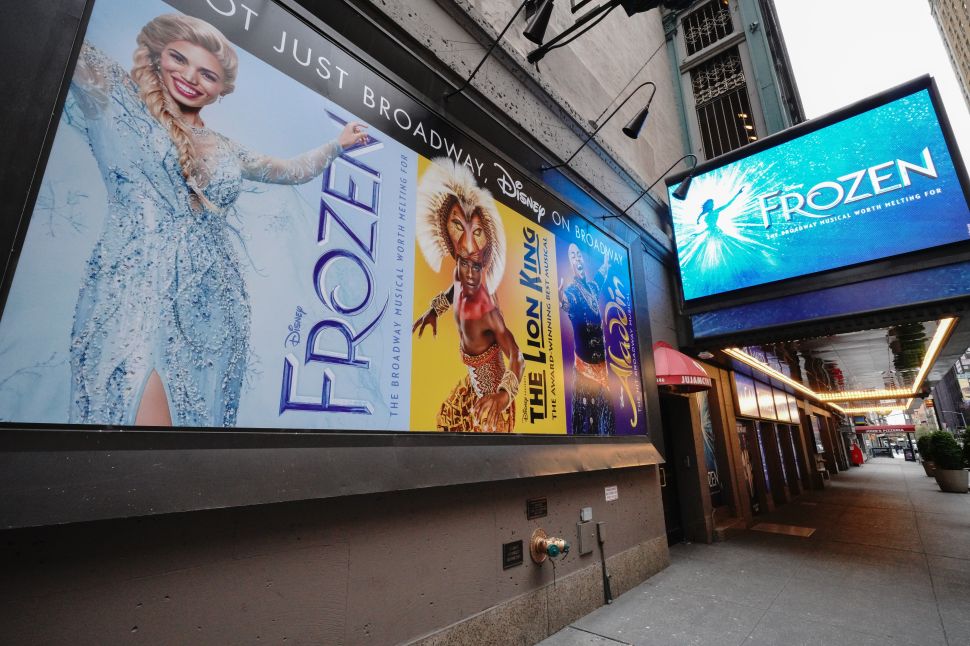