What a difference five months makes. As we noted in our forecast for Disney’s Q2 earnings yesterday and as anyone who is even remotely paying attention can attest, Disney was the most dominant entertainment media conglomerate in the world heading into the new year. It had unparalleled box office success, lucrative parks and resorts, a powerful media networks empire and rapidly growing streaming services. The Mouse House was poised to reign over the industry for years to come thanks to their blockbuster brands and stellar corporate synergy. But the coronavirus pandemic has obliterated these gains in just a few short months, leaving Disney dangerously vulnerable.

In its Q2 earnings report, Disney estimates that COVID-19’s impact on quarterly income from continuing operations before income taxes across all of its businesses was as much as $1.4 billion, with $1 billion coming from its parks division. Last quarter, nearly 60 percent of Disney’s operating income came from its parks business, yet revenue for the division in Q2 slumped from $7.4 billion in Q1 to just $5.5 billion. Total operating income fell from $4 billion in Q1 to just $2.4 billion in Q2. Disney’s earnings per share came in under what Wall Street predicted while operating income was down virtually across the board as the pandemic keeps movie theaters, parks, resorts and hotels closed and TV advertising continues to collapse.

“Disney’s bottom-line number has missed the consensus estimate by a big margin, evidence that the company’s parks and media businesses are taking a big hit from the coronavirus-triggered closures,” Haris Anwar, senior analyst at Investing.com, told Observer. “It’s very difficult to see that segment, which accounts for 70 percent of Disney’s revenues, coming back to normality any time soon. This new reality will continue to hurt Disney franchises, at least in the next 12 months, keeping its share price down.”

If there’s a silver lining amid the financial doom and gloom, its Disney’s direct-to-consumer business. In the four weeks since the company announced that Disney+ had surpassed 50 million subscribers, Disney CEO Bob Chapek revealed that the service has added an additional 4.5 million customers. Thanks to its early international rollout and the coronavirus pandemic boosting at-home entertainment, Disney+ is growing at an astronomical rate (executives were initially hoping for between 60 million and 90 million subscribers by 2024).

The platform is quickly challenging Amazon Prime Video for the second spot in Western streaming markets behind Netflix. Combined, Disney’s three streaming services—Disney+, ESPN+, Hulu—now boast more than 90 million subscribers, up from 63.5 million at the end of Q1. On the earnings call, Chapek reiterated what former CEO Bob Iger has been saying since early last year: direct-to-consumer business is the company’s top priority. However, streaming is not an immediately profitable business and Chapek declined to estimate when Disney+ might eventually operate in the black.

“Disney’s streaming business is performing at an all-time high but the company is being held back by its physical assets as a consequence of COVID-19,” Danyaal Rashid, thematic analyst at GlobalData, a leading data and analytics company, said in a statement.

He added: “There is not a lot that Disney can do at the moment but keep up its strong presence in the streaming market and wait for the effects of COVID-19 to lessen so that it can re-open its parks. The company needs to weather the storm as best it can until a time when it gan re-gain its physical assets—only this time with a boosted streaming empire.”

To that end, Disney announced that it would re-open its Shanghai Disneyland park on May 11, but with significant restrictions including mandatory masks for guests and employees, temperature screenings and reduced capacity. Sounds like fun for the whole family.

What this quarter and this pandemic have revealed is that Disney is more beholden to its brick-and-mortar businesses than anyone realized. Given the compromising position, it will be a long and challenging road to recovery for the conglomerate. But if there’s a positive takeaway to be had, it’s that Disney now knows how to ameliorate its greatest weakness and can adapt its business accordingly moving forward. That’s a scary proposition for the rest of the industry should the Mouse House regain its former footing in the near future. 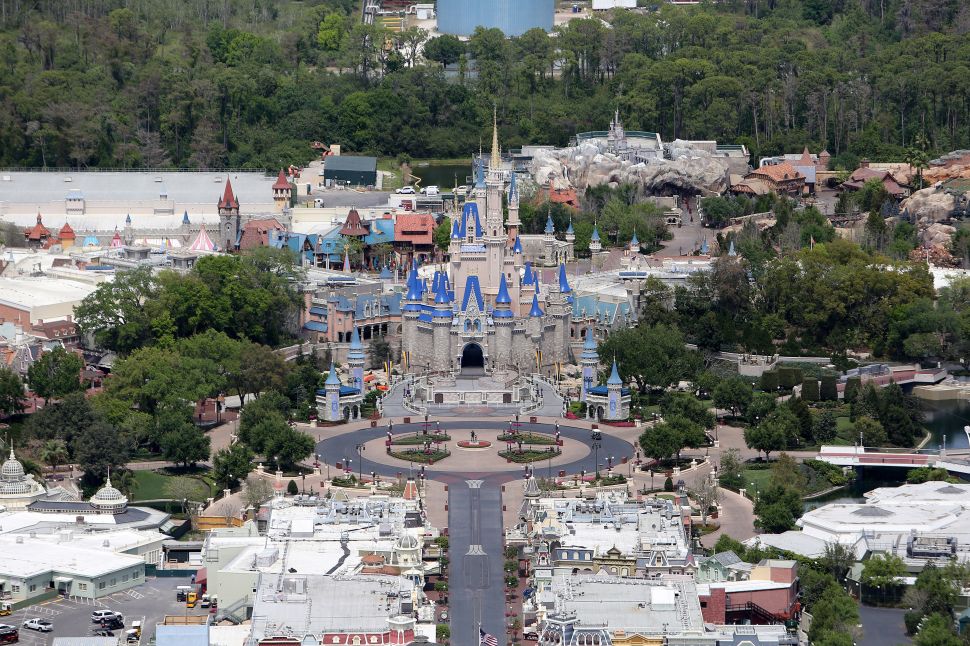