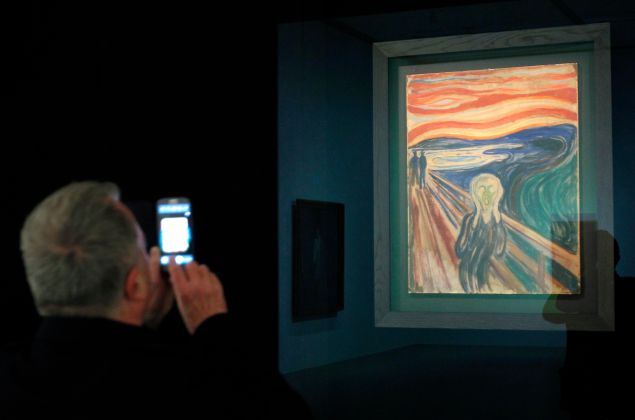 The Scream by Edvard Munch on display in Paris in 2015. chesnot/Corbis via Getty Images

While stuck at home quarantining and social distancing, frequent museum-goers have been eagerly awaiting the day when they can safely return to the institutions they love the most. However, one of the most famous paintings in the Munch Museum in Oslo is going to need additional protection in the future, due to the fact that it’s almost as vulnerable as human immune systems currently are. According to The Guardian, a recent investigation into the quality of Edvard Munch’s iconic painting The Scream found that the artwork has experienced partial deterioration due to a certain type of paint used by the artist. Because of this deterioration, when visitors can once again see The Scream in person, it’ll have to be from a distance.

Essentially, it turns out that a particular kind of paint used by Munch when he was working on this painting in 1910 (which is one of four versions of The Scream the artist painted) was not of the highest quality. The tube of cadmium yellow pigment the artist selected was found to be impure; this means that the painting in the present day is particularly vulnerable to flaking due to humidity. Because of The Scream‘s delicacy, when the Munch Museum moves to its new location, it will have to very carefully calibrate the environment the masterpiece will reside in in order to prevent further degradation.

“You have to start working with the relative humidity in the museum, or isolate the public from the painting, or painting from the public, let’s say, in a way that the public can appreciate it but they are not breathing on the surface of the painting,” Professor Koen Janssens of the University of Antwerp, who headed the investigation, told The Guardian. “When people breathe they produce moisture and they exude chlorides so in general with paintings it is not too good to be close too much to the breath of all the passersby.” You heard the man: no breathing on The Scream! 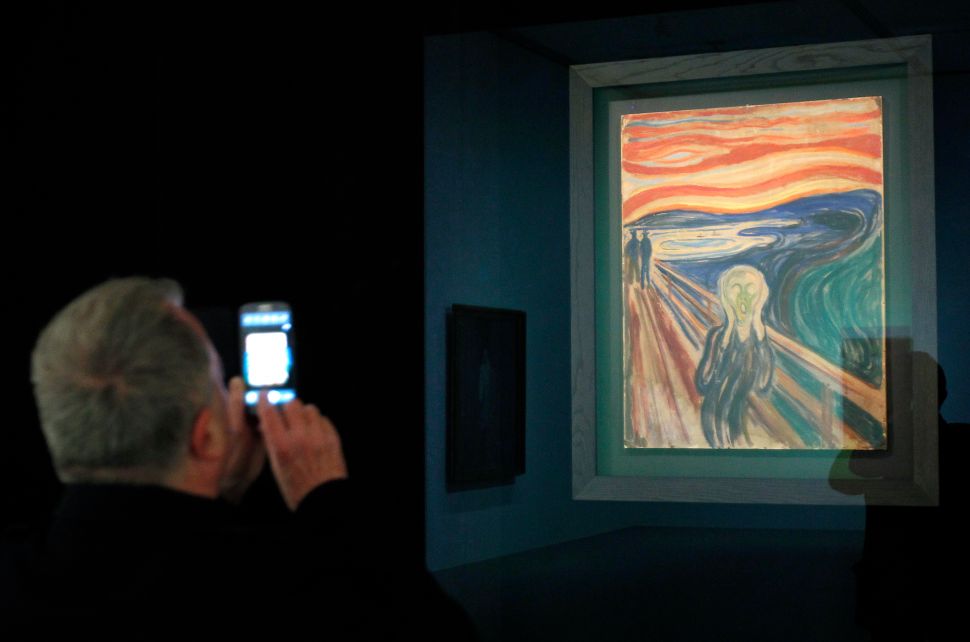