Ignore the tweets and public skepticism: Elon Musk is living his best life at the moment. On Saturday, his rocket company SpaceX will launch two NASA astronauts to the International Space Station (ISS) in its first ever crewed mission. And on Thursday, the entrepreneur received a gigantic paycheck from his other company, Tesla—an equity package worth $750 million—to reward him for boosting Tesla’s market value past the $100 billion mark.

The huge bonus is just one of 12 such payments Tesla’s board approved for Musk in March 2018. Under the controversial compensation plan, Musk is eligible to receive a total of $56 billion worth of stock options over a period of ten years, provided that he meets a set of performance and operational goals, including growing Tesla’s market cap by at least $50 billion every 10 months to eventually reach $650 billion by 2028.

Musk achieved the first milestone laid out in the plan at the end of Tesla’s first fiscal quarter, by sustaining the company’s market value at above $100 billion on both a 30-day and six-month trailing average.

The electric carmaker disclosed the payment in an SEC filing on Thursday. The options agreement allows Musk to purchase Tesla shares for $350.02 apiece, a deep discount from its current market price ($824 as of Friday close). However, if he chooses to exercise those options, Musk is required to hold the shares for at least five years before he can cash out.

It’s unclear whether Musk has exercised any of the options. He currently owns 38.7 million Tesla shares, or 20.8 percent of the company, the latest regulatory filing revealed.

To put the numbers in perspective, Musk’s first tranche of Tesla bonus is equivalent to almost a third of what NASA paid SpaceX to build the Crew Dragon spaceship, the vessel used to transport astronauts in the upcoming space mission. In 2014, NASA awarded SpaceX a $2.5 billion contract under the agency’s Commercial Crew Program to build a spaceship system for regular ISS launches. If successful, SpaceX’s Crew Dragon will replace the Russian Soyuz spaceship as the sole vehicle flying U.S. astronauts to the ISS.

All will depend on Saturday’s launch. The mission, officially called Demo-2, was originally scheduled for Wednesday but was aborted at the last minute due to unfavorable weather conditions. NASA and SpaceX’s second attempt is scheduled at 3:22 p.m. EDT. Viewers can tune in at NASA’s online TV  or SpaceX website on Saturday morning to watch the full event. 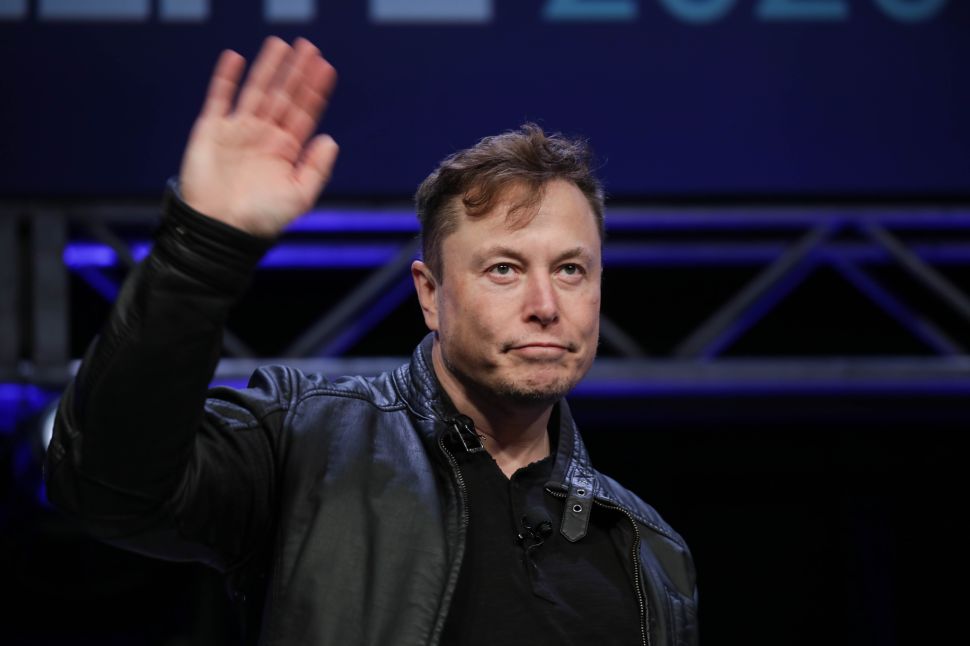