Conventionally, art thefts tend to be spread out and petty—a stolen painting here; a smashed gallery window there. That’s not the case with the conclusion of a recently-executed anti-trafficking operation conducted by Interpol, Europol and the World Customs Organization: according to various reports, the law enforcement operations recently recovered 19,000 artifacts from all over the world that had been looted or stolen from museums, archeological sites and various other institutions. The coordinated thefts were reportedly made by an international art trafficking ring, and the conclusion of the investigation resulted in 101 total arrests. The artifacts that were stolen vary widely in terms of form: the traffickers collected thousands of ancient coins, a pre-Colombian Tumaco gold mask, fossils, ceramics and historical weapons, among many other things.

We’ve just announced the results of a huge crackdown on international art trafficking. 101 arrests across 103 countries has led to the recovery of some 19,000 cultural objects. Coins, books, sculptures, masks, ceramics, paintings and fossils are just some of what authorities seized. Details in our Highlights.

Much of the stolen artwork in question had been looted from Colombia, but thousands of other relevant objects were seized by Argentinian, Latvian and Afghan officials, illustrating just how global this operation truly was. “Organized crime has many faces,” Catherine de Bolle, the executive director of Europol, said in an eloquent press statement. “The trafficking of cultural goods is one of them: it is not a glamorous business run by flamboyant gentlemen forgers, but by international criminal networks. You cannot look at it separately from combating trafficking in drugs and weapons: we know that the same groups are engaged, because it generates big money.”

Indeed, it’s often the case that stolen art can change hands many times and generate a great deal of profit for its illegitimate owners before being recovered by law enforcement. For example, at the height of their power, the Nazis notoriously stole countless art objects from victims of their persecution and auctioned them off afterwards; it’s taken decades for these artworks to be returned to the descendants of their rightful owners.

Similarly, the Ghent Altarpiece, perhaps the most frequently stolen and coveted artwork in world history, has been the target of no less than 13 crimes over the course of its 600-year history: when artwork is coveted, there’s sometimes little that can be done to prevent theft from occurring. However, as evidenced by the success of the recent joint operation between Interpol, Europol and the WCO, sometimes all that’s necessary to achieve justice is a coordinated effort. 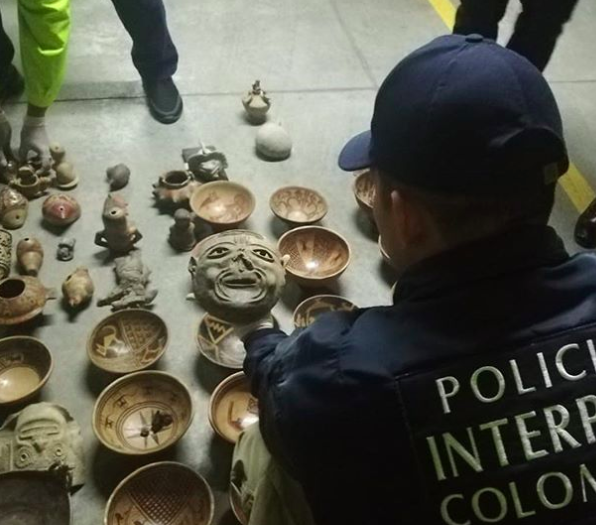