It took more than two years and a major price cut, but Eva Longoria has finally found a buyer for her celeb-pedigreed Hollywood Hills compound. The actress has been attempting to sell the Los Angeles estate since November 2017, when she listed the home for a hefty $14 million.

That would have given her a nice profit from the $11.4 million she paid none other than Tom Cruise for the estate back in 2015.

Alas, Longoria wasn’t able to find a buyer, and by June 2018, discounted the price to $11 million, which already meant she would be accepting a loss. Unfortunately for Longoria, she had to lower her expectations even more, as the final sales price comes to just $8.25 million.

That’s a serious loss from what Longoria paid for the home, without even factoring in the amount spent on transaction and brokerage fees. It’s also even less than the most recent $9.5 million asking price.

The 2.75-acre estate is composed of multiple structures. Longoria and her husband, Jose Bastón, began a remodel shortly after purchasing the home, but they never ended up finishing the project. Instead, they offered the home for sale with approved renovation plans.

The main house is a three-bedroom, three-bathroom French villa, with oak floors, Venetian plaster moldings and pitched ceilings. The farmhouse-style kitchen is equipped with stainless steel appliances, white countertops and wooden cabinetry. There’s also a dining room and a living room with a large fireplace.

Elsewhere on the property, there’s a four-bedroom, four-bathroom “country house,” as well as a footbridge and a pool.

Longoria and Bastón are already settled into another home on the West Coast, as they purchased a sprawling 11,018-square-foot mansion in Beverly Hills in late 2017. They doled out $13.5 million for the eight-bedroom estate, right around the time they first listed the Hollywood Hills compound for sale. 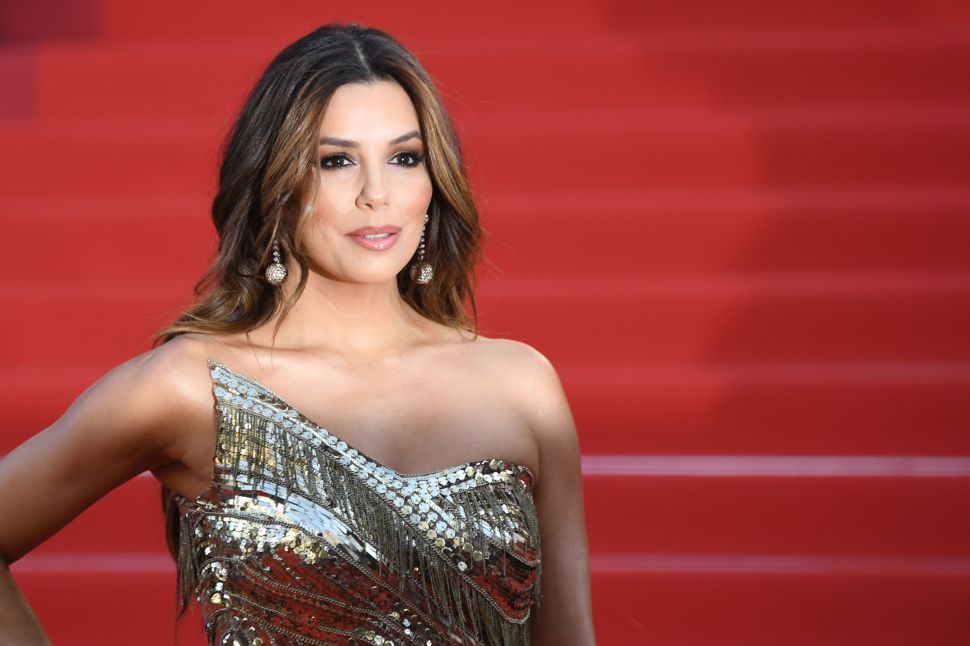