The contemporary Italian artist Francesco Vezzoli, who lives and works in Milan, has spent his entire career fascinated by the veneer of celebrity, and by the fluctuations of the self that occur when human beings perform for a camera or for an audience. To keep himself occupied while self-isolating in his home during the coronavirus pandemic, Vezzoli recently told the Guardian that he’s begun a new project called Love Stories: A Sentimental Survey by Francesco Vezzoli that will involve the artist’s use of Instagram stories in order to investigate “the emotional, psychological and sentimental status of a wide online community through social media language.”

Every weekday starting from May 11, Vezzoli will use the Instagram account belonging to Fondazione Prada to launch surveys playfully designed to gage the emotional state of the participating audience. For example, an image of James Dean and Marlon Brando will be accompanied by a poll that asks that the viewer select either “Slave & Master” or “Hair & Make Up.” These abstracted labels are not necessarily meant to be interpreted in a straightforward way, but rather used as sign posts to indicate to the reader where they might be at in their own lives. “It will be interesting to measure how many people react to each image,” Vezzoli commented to the Guardian. “Have they forgotten certain icons that maybe in the art world we think are totally recognizable but are no longer relevant to a younger generation?”

Results of the surveys will be released each Saturday. On Sundays, prominent cultural figures like Klaus Biesenbach and art historian Salvatore Settis will weigh in on the results generated by the Instagram survey.

Furthermore, Vezzoli remarked upon the recent flood of galleries moving their offerings online that’s been unfolding in recent months due to the ongoing pandemic. “You’re seeing galleries trying to digitize themselves in this moment…but being digital doesn’t mean a drone with a camera flying around your institution,” Vezzoli said. “Online viewing rooms are just analogue ways of thinking put online. With Love Stories, I don’t say if it’s a good exhibition or a bad one, but it’s a real digital exhibition.” 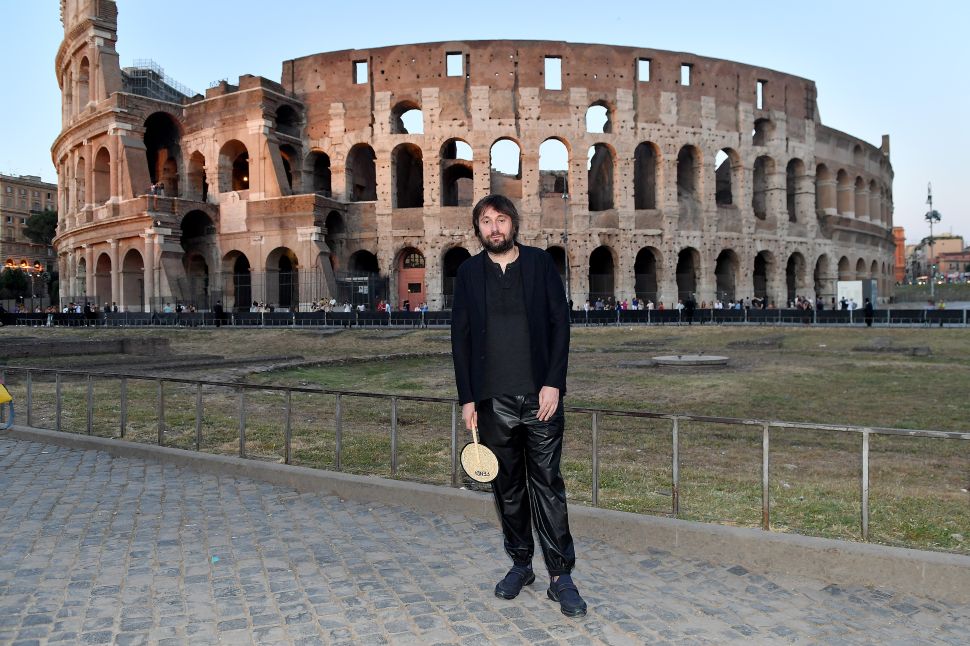