In response to COVID-19, Gagosian Gallery has created the Artist Spotlight series, which selects one artist per week and features a single artwork by them that’s put up for sale on the gallery’s website for a period of 48 hours. Currently, Gagosian is offering a famous picture taken by Roe Ethridge, a successful commercial photographer and artist whose work has been exhibited in many prominent museums. The photograph, Andrew WK, 2000, is instantly recognizable because it was also used as the cover for the subject’s album I Get Wet: it features W.K. sodden and staring directly into the camera, with blood pouring from his nose.

During the pandemic, galleries, museums and auction houses have all been experimenting with new ways of showcasing their art to digital audiences looking for an hourlong diversion, an educational experience or for something to buy. Gagosian’s choice of the provocative W.K. portrait certainly seems like an effective way to capture the attention of an audience, it’s an image that’s hard to simply scroll past.

If you’re interested in purchasing this provocative, beautiful and slightly disgusting photograph for your home, the current asking price from Gagosian is $20,000. However, if you don’t have that kind of money, you’ll likely still be interested in the story behind how the image was captured.

When Ethridge and W.K. came together to shoot the cover photo for the latter’s debut album in 1999, W.K. had a clear vision. “I said I wanted a black background, and I wanted the lighting like a movie,” W.K. told Vice. “It was very refined and cinematic. It was clear and dramatic, not natural lighting, but very commercial and artificial. There’s an intention in this photo.” W.K started out by making a few dramatic faces, but the resulting photographs weren’t quite having the necessary impact.

“Andrew went into the bathroom, he did…what he did, and he came out with blood coming out of his nose,” Ethridge explained, deliberately avoiding mentioning which tool (if any) W.K. used to produce the carnage fountain. They snapped a simple photo and the rest, as they say, is history. 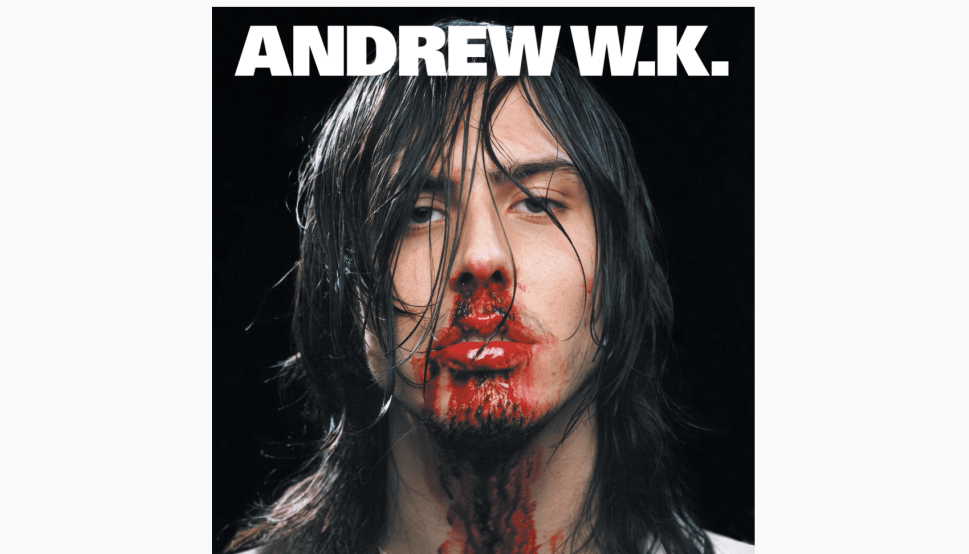