It’s never unusual for successful celebrities in one field to try to apply their talents to a different exercise; in other words, the fact that musician and new mother Grimes is launching an online exhibition at an art galley makes total sense. However, in typically unusual Grimes fashion (she named her first child with Elon Musk X Æ A-Xii), reports are emerging that the show, which is entitled “Selling Out” and which will run simultaneously with Gallery Platform Los Angeles (May 28 through June 3) and Maccarone Los Angeles (May 28 through Aug. 31), will include an unusual item: a piece of her soul priced at $10 million or “best offer.”

Grimes already has significant credentials as a visual artist; she’s created the compelling cover art for all of her albums so far, and “Selling Out” will also include drawings, conceptual pieces, prints and photographs created by the musician (given name Claire Boucher) over the years. However, there’s no denying that selling a chunk of one’s soul at an exhibition comes off as a bit obvious and sensational for sensationalism’s sake, artistically.

“I see myself as a visual artist first and foremost, and I’ve always felt strange that people know me for music,” Grimes told Bloomberg regarding her show. The artwork, she said, was “a continuation of, rather than a departure from, [her] music…The deeper we got with it, the more philosophically interesting it became.” Additionally, Grimes offered to Bloomberg that her new offerings had a litigious aspect to them: “I really wanted to collaborate with my lawyer on art. The idea of fantastical art in the form of legal documents just seems very intriguing to me.”

Of course, Grimes isn’t the first artist to play with the idea of literally giving away or selling a part of herself in order to create art, at least temporarily. Andrea Fraser’s 2003 piece Untitled was conceived after the artist went to Friedrich Petzel Gallery with the idea of recording a sexual encounter between Fraser and a collector: the result is the piece itself, which consists of a silent 60-minute video of the meeting in question.

Whether a collector will be willing to fork over upwards of $10 million for a fragment of Grimes’s soul remains to be seen, but if it doesn’t sell, she could always save face by asking her billionaire partner to buy it on the sly. 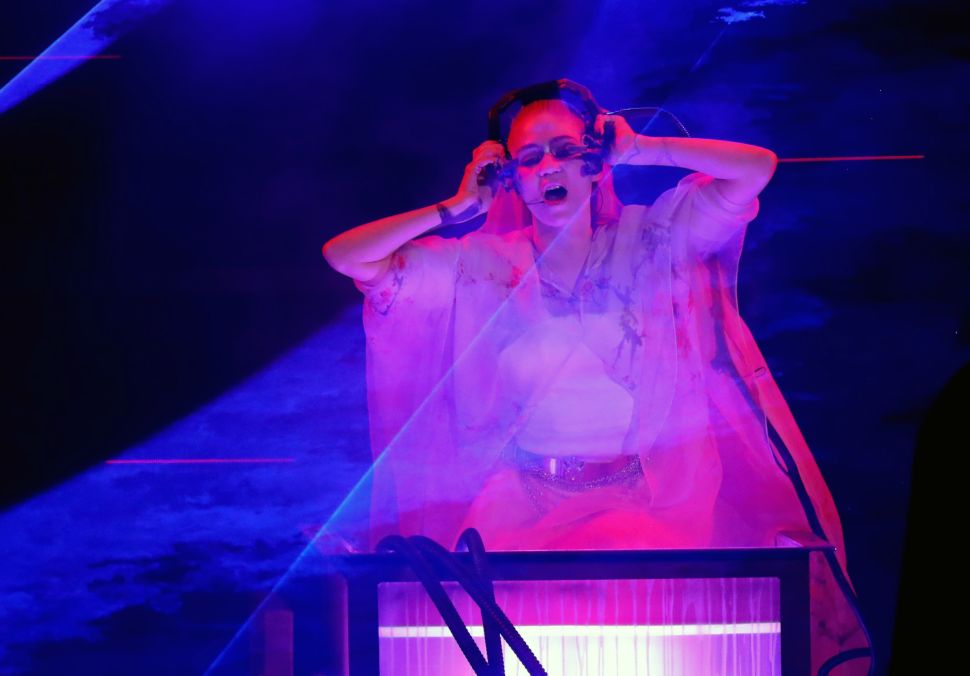