The economic depression and panic-buying caused by the coronavirus pandemic has sent millions of Americans to food banks in search of their next meals, creating an unprecedented strain on the food supply chain. And with the virus beginning to wreak havoc in the industrial centers that produce most of the food Americans eat, a potential disaster is in the offing. As a result, Americans are turning to food suppliers closer to home.

Last Friday, the CDC reported that nearly 5000 meat and poultry processing plant workers in 19 states have tested positive for COVID-19, closing major suppliers and stunting a consolidated industry. Closures have included a Smithfield Foods plant in South Dakota that processes nearly five percent of the nation’s pork products as well as a Tyson plant in Indiana that had nearly 900 workers test positive. Other plants have had employees test positive but stay open, per a decree by President Donald Trump. In late April, a worker at a facility operated by Tanimura & Antle in California, one of the nation’s largest producers of lettuce, green onions, celery and broccoli, also tested positive for the virus.

For consumers like New York City-based designer Jack Koloskus, that means now is the time to get into homesteading. “If there was ever a year it would be smart to be a little more prepared than usual, it’s this year,” Koloskus tells the Observer. In the last month, Kolokus has ramped up his at-home food production, including rigging a 50-gallon trash can to grow root vegetables like potatoes and grows other assorted vegetables in planters throughout his apartment.

“Worst case scenario I have excess vegetables that I can give to friends who might need it or donate it to people who are food insecure for whatever reason that might be,” Kolokus says.

Aquasprouts, an Austin, Texas-based startup, best known for a fish tank contraption that mimics an ecosystem and allows users to grow vegetables, can verify that Kolokus is part of a growing trend.

“We’ve seen a 65 percent to 70 percent growth rate since February and are up 45 percent since last year,” founder and CEO Jack Ikard tells the Observer. “Sales now are mirroring the kind of thing we would see on Black Friday.” The aquaponics company has also seen a surge in sales abroad with new sales to Sweden and Hong Kong.

Even before COVID-19 homesteading has been on the rise in recent years as products created by celebrities like actress Zooey Deschanel have jumped in the space. Deschanel and Jacob Pechenik founded a startup called Lettuce Grow, with a mission is to ultimately allow consumers to grow food outside the system of large scale agriculture and in turn become more in touch with their food, from seed to fork. Their “farmstand” products can grow up to 36 crops at a time.

For Sonoma County, California based freelance writer Matt Villano, it was COVID-19 that served as a catalyst for him to start utilizing a local CSA. “When the shelter in place order came in our area that’s when we decided it was time to make a move.” Villano tells the Observer adding “We signed up for a CSA called FEED Sonoma which pulls from a group of super small local farms.” Villano tells the Observer.

Villano and his family get a weekly box from FEED Sonoma every Tuesday, which gives him a collection of fruits and vegetables from local farmers. The box does have the option to include other local products beyond produce like eggs and honey for example although Villano personally has not opted for any of the additions. The FEED Sonoma Box helps support local farmers throughout Sonoma County which is especially vital in this trying time.

According to a report from the National Sustainable Agriculture Coalition from March small local and regional farms in the United States will lose roughly $1.3 billion by the end of May. Meanwhile bigger farms have been destroying food like milk and eggs because of a disruption in their typical customer base, with schools and restaurants largely remaining closed or with reduced operations. That’s not a problem for FEED Sonoma and CSAs like them around the country.

New York local CSAs like Chealsea, Inwood, Sunnyside Queens offer comparable services to their respective communities. CSAs have grown in popularity across the country with companies like Farmigo in the mix. Farmigo helps connect consumers with local farms across the country online.

Villano says that he finds that now he and his family are eating healthier and boosting their collective immune systems, which will hopefully help them throughout this pandemic and beyond. “I think we will continue to get this box even after things go back to normal,” Villano adds.

For other consumers, it’s not just the local community supporting agriculture gaining a boast but also homesteading.

Experts believe that products like Aquasprouts and Lettuce Grow alongside the surge in CSA participation is not just a temporary bump because of COVID-19 but rather an acceleration for a change that was in motion already.

“The surge in participation among consumers over the past months not only gives more markets for folks like us selling organics, but also incentivizes others to take a leap toward self-provisioning in whatever ways that creatively inspires them,” Bill Powers, Senior Fellow at The World Policy Institute tells the Observer.

As the economy continues to sputter and the weather warms, this could be the birth of a new kind of American agriculture. 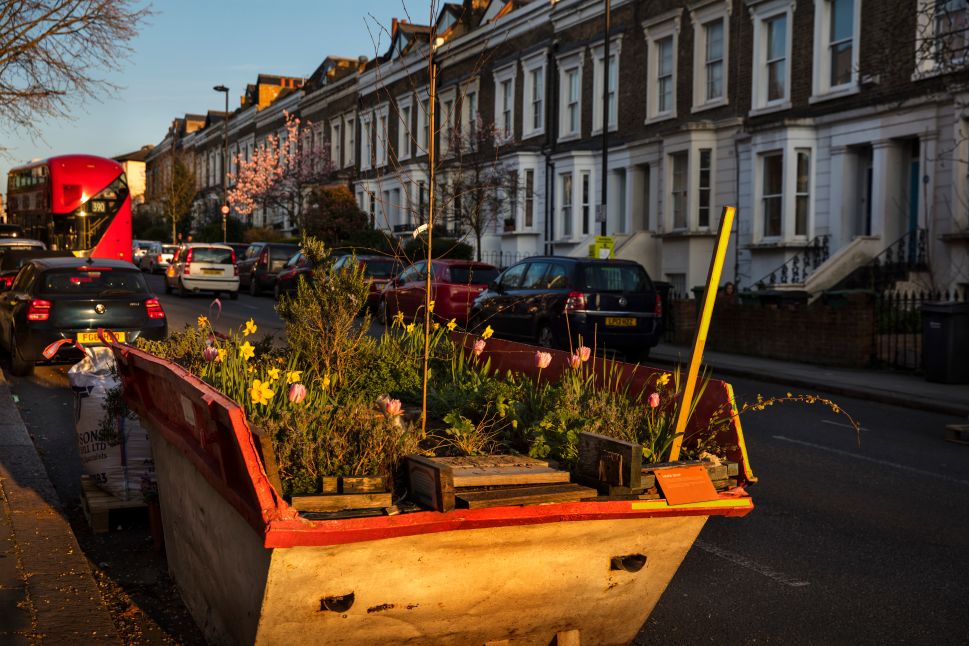