Even if I wasn’t an entertainment reporter, I’d still be a pop culture obsessive feverishly devouring new content like a Hungry Hungry Hippo. That’s especially true for the self-styled streaming wars, which I’ve gone on record as describing as the single-most important development in the entire entertainment industry. To say I’m intrigued by direct-to-consumer platforms is like saying Elmer Fudd has a passing interest in Bugs Bunny. Through one means or another, I currently have access to (deep breath): Netflix, HBO Go, Amazon Prime Video, Disney+, Hulu, Apple TV+, CBS All Access, Sling TV and ESPN+. So, you can safely assume that the long-awaited launch of HBO Max was of great interest to me.

On Wednesday morning, AT&T and WarnerMedia delivered their fledgling streaming service to the masses, announcing their presence in the streaming wars and the future priority of their media empire in the process. As someone who spends an inordinate amount of time engaging with streaming services, it’s my job (and pleasure) to review the new platform. My aim is to answer the simple question: Should you subscribe to HBO Max? Let’s look at what the service does right and wrong.

HBO Max promised upwards of 10,000 hours of content at launch, and—perusing through the library—it looks like it delivered. For comparison, Netflix houses roughly 36,000 hours of content, but there’s an argument to be made that the sheer volume has been an impediment at times. User complaints consistently suggest that Netflix’s library is overflowing with expendable titles and mediocre programming outside of their most notable roster, which leads to decision paralysis when attempting to make a selection.

HBO Max also houses about 18,000 films, including the entire Harry Potter franchise which was originally licensed to NBCUniversal through 2025, and many of Fox’s films thanks to a deal that runs through 2022. You’ve also got biggies such as The Matrix trilogy, the Lord of the Rings movies and Studio Ghibli’s library of animated flicks.

WarnerMedia has always produced an impressive depth of varied content that ran the spectrum of genre, tone, and demographic. Now, much of that is housed in HBO Max, which may not have a brand identity quite yet, but has the necessary library to compete immediately minus the must-see originals. In that sense, it’s the anti-Apple TV+, which is lacking in library content (for now) and emphasizes originals.

HBO Max’s programming we can expect in the future

Those debating whether or not to subscribe to HBO Max are understandably wondering what they have to look forward to. Well, WarnerMedia plans to release 30-plus originals within the first year of HBO Max alone. That includes the mythical Snyder Cut of Justice League at some point in 2021. While the production shutdown forced by the coronavirus put a wrench in HBO Max’s rollout plans, we can still run down the list of biggies.

The industry is justifiably awe-struck by the nine-figure sticker prices WarnerMedia is paying for certain legacy series, but don’t sleep on the upcoming originals.

Producer Patrick Somerville (The Leftovers) and director Hiro Murai (Atlanta) are cooking up a 10-episode adaptation of the post-apocalyptic novel Station Eleven, which is distinctly elevated disaster material. The Boondocks creator Aaron McGruder has been recruited to create two reimagined seasons consisting of 24 episodes and a 50-minute special have been ordered for the streamer. A female-focused spinoff of WB’s big-budget upcoming Dune adaptation has already been given the green light while Ridley Scott will make his serialized TV debut behind the camera with sci-fi drama Raised by Wolves.

Consider this: HBO produces as many commercial and critical hits as Netflix but does so with 80 percent less original programming. Imagine a splash of the quality curation ability infused into HBO Max’s DNA and you’ve got the makings of an attractive creator.

Before HBO Max launches, it's worth spending some time to understand how truly, truly great HBO is at making content.

Fellow TV junkies, there’s some intriguing stuff en route and I say that as both a proud couch potato and as an extremely pretentious Rotten Tomatoes-approved critic. 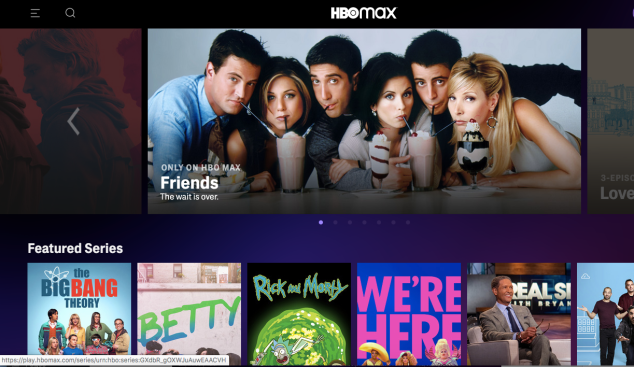 To better understand the user interface will require more time with the app. But, so far so good. HBO Max may not have a clearly defined brand identity, but it’s taking a page out of Disney+’s book by promoting its brands front and center. The platform stamps each page with distinct hubs: HBO, DC, Sesame Workshop, Turner Classic Movies, Studio Ghibli, Cartoon Network, Adult Swim, Crunchyroll, and Looney Tunes. That’s prestige, broad comedy, blockbuster entertainment, exclusive content, and niche offerings all in one easily navigate-able location.

Parents managing profiles for their kids may find the back-and-forth-toggling a bit tiresome, but not distractingly so. Functionality overall seems to be solid, though it’s still early. Importantly, however, on launch, HBO Max did not come with broad subtitle support for multiple languages, something most streaming services are struggling with.

HBO Max’s bang for your buck

But for the same price of HBO, you’re receiving a mountain of additional content. It may actually be a secretly brilliant move as it puts pressure on existing pay-TV HBO distributors to offer HBO Max, lest they lose a contingent of existing customers. To date, WarnerMedia has struck distribution creative deals with Xfinity, Altice USA, Cox Communications, Microsoft, National Cable Television Cooperative (NCTC), Samsung, Sony Interactive Entertainment, Verizon, Apple, Charter, Google, Hulu and YouTube TV. If you’re already an HBO subscriber, chances are you’re eligible to receive HBO Max at no additional cost.

As of right now, HBO Max does not boast the library of streaming-exclusive content to compete with flagship series such as Stranger Things (Netflix), The Mandalorian (Disney+), The Handmaid’s Tale (Hulu), The Marvelous Mrs. Maisel (Amazon Prime Video), The Morning Show (Apple TV+), or Star Trek: Discovery (CBS All Access). But those big budget and ambitious swings are in active development. If you want to wait 6-12 months until HBO Max’s library of originals is more established, that’s fair. $15 per month is a lot to pay for titles you may have already seen before. But on a long enough timeline, HBO Max is going to be a must-have service. Investor studies suggest that the average American consumers will pay for between three and five SVOD services. Based on the HBO library, WarnerMedia’s long standing track record of impressive content production, blockbuster brands and IP, and the platform’s known roster of creative collaborators, HBO Max is worthy of one of those slots. 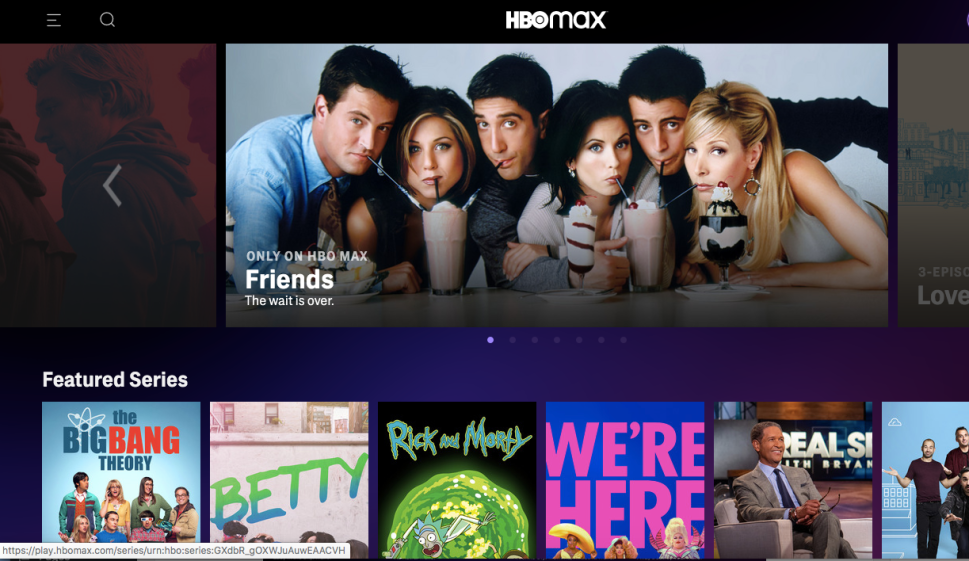