Pre-existing library content such as beloved sitcoms or a treasure trove of movies are extremely valuable to streaming services. They help to keep subscribers on the hook and avoid churn, or the rate at which customers cancel their subscriptions at a certain time. But it is exclusive original programming that drives new subscription growth; popular shows that can’t be watched anywhere else. That’s why streamers such as Netflix (Stranger Things), Hulu (The Handmaid’s Tale), Disney+ (The Mandalorian) and the rest of the bunch build themselves around buzzy flagship series that attract attention.

With AT&T and WarnerMedia’s HBO Max launching on Wednesday, prospective subscribers are left wondering what this new service’s flagship series will be. HBO Max opened with just six originals but plans to release as many as 30 within its first 12 months. In data provided to Observer by TV Time—a multi-platform, virtual TV tracking community of millions of users that use the app to track and react to the cable, broadcast, and OTT show they’re watching—pre-release show followers provide an indication of which series are most anticipated by users.

Among the upcoming originals yet to launch, we’re particularly excited for a strong handful. Raised by Wolves marks Ridley Scott’s serialized debut behind the camera and centers around two androids—Father and Mother—tasked with raising human children on a mysterious new planet. Dune: The Sisterhood is a female-focused spinoff of Denis Villeneuve’s upcoming blockbuster Dune adaptation. So right off the bat, we’ve got some elevated science-fiction to delve into.

Station Eleven, based on the novel of the same name, will be overseen by Patrick Somerville (Maniac) and directed by Hiro Murai (Atlanta, Barry), an attractive one-two punch of behind-the-scenes talent. The novel is a grounded mix between Steven Soderbergh’s Contagion and Stephen King’s The Stand, which is reason enough to tune in. Uber-producer Greg Berlanti will oversee HBO Max’s big budget Green Lantern series while J.J. Abrams’ Bad Robot Productions is producing Justice League Dark and the Stephen King-based Overlook. Ava DuVernay is directing DMZ, based on the critically acclaimed graphic novel of the same name that takes place in a futuristic America where a new Civil War erupts and forces Manhattan to become a demilitarized zone. High concept offerings across the board.

WarnerMedia has a long and storied track record of quality storytelling—there’s a reason why Warner Bros. Pictures is known as the “Dream Factory” and HBO is the crown jewel of the small screen. By recruiting top-tier content creators and aiming for both blockbuster mainstream success as well as a more carefully curated focus, HBO Max is poised to deliver a variety of compelling content. 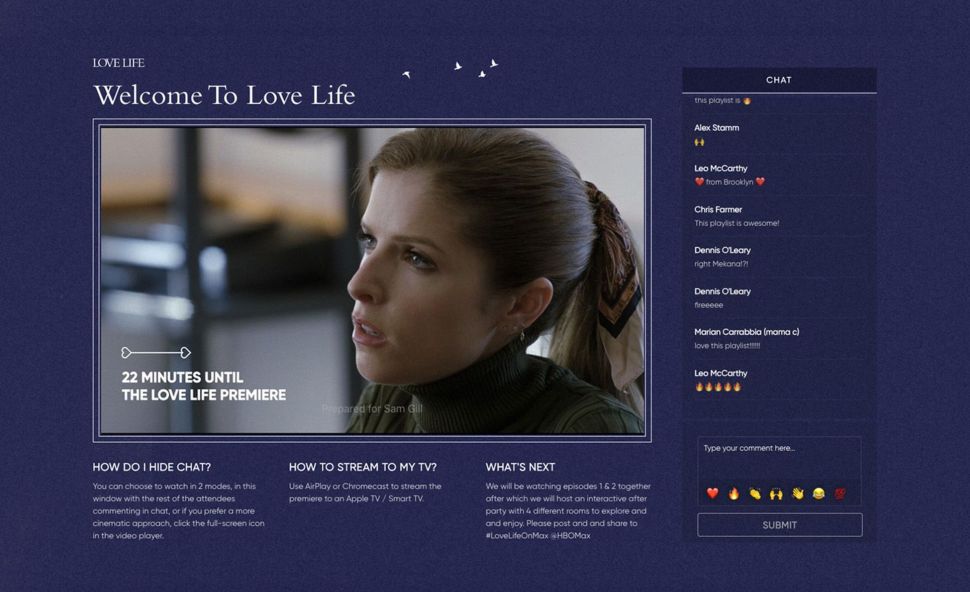