HBO Max, a $4 billion investment, is the future of WarnerMedia. As such, it’s time to learn everything you need to know about the forthcoming streaming service. Launching on May 27 with upwards of 10,000 hours of content, the new direct-to-consumer platform and rival to Netflix and Disney+ will cost $14.99 per month.

If that number sounds familiar, it’s because it is—it’s roughly the same price that current HBO and HBO Now subscribers are paying. This has led to confusion among both current customers and those interested in signing up. In an effort to help, we’re here to explain exactly what HBO Max’s launch means for you and what you’ll get out of the service.

HBO linear boasts 34 million domestic subscribers and around 140 million worldwide. For the roughly 10 million customers who subscribe to HBO via AT&T, HBO Max will be free. Congratulations.

You’ll be eligible for HBO Max at no extra charge if you are an existing HBO customer through AT&T-owned satellite broadcasters such as AT&T TV, live TV streaming service AT&T TV Now, DirecTV, IPTV, and U-verse. AT&T wireless users can also subscribe to HBO via specific unlimited plans and score HBO Max at no extra charge. AT&T also worked out a deal with YouTube in February to ensure that HBO Max will be offered via YouTube TV. You’ve got options.

At this point, it remains unclear how HBO and HBO Go subscribers that do not access the network through AT&T will be handled. HBO Max’s $14.99 price point, while on the high end for streamers, is secretly brilliant as it puts additional pressure on pay TV providers to include the service or risk an exodus of customers. However, pay TV providers are still under no obligation to help direct customers away from linear and toward streaming, and prices from these providers range from $10 to $19.99 monthly, further complicating the potential transition.

WarnerMedia executives are currently negotiating with distributors that AT&T does not own—such as Comcast, Cox, Dish Network and Spectrum—in order to include HBO Max. This blind spot reportedly affects around 25 million HBO subscribers in the United States. Sorry, folks.

However, it was announced that customers who currently subscribe to HBO through Charter Communications, including those who pay for Charter’s Silver and Gold video packages, will receive HBO Max at no extra charge. Existing and new Charter customers that don’t subscribe to the Silver and Gold packages will need to purchase HBO Max directly from Charter should they want to join the new streamer on the block. In January, Charter reportedly housed 15.6 million total video subscribers.

HBO Now, which is a standalone streaming service, has accrued roughly 8 million subscribers since launching in 2015, most of which will be able to convert their existing subscription into HBO Max subscriptions at no extra charge. However, the upgrade is only available to direct-billed subscribers and not for those who access HBO Now via Roku, Hulu, Apple, or other non-direct avenues.

Per HBO Max’s FAQ, the free conversion offer is “not currently available to HBO subscribers that obtain their subscriptions through third-party providers that are authorized to distribute the HBO Now service.” On the bright side, HBO Max has said that future partnerships may emerge following the launch, so there’s still hope for all the add-on services.

HBO Max carries the same price as HBO Now, but a special introductory deal for a 12-month HBO Max rate at $11.99 per month for a limited time before May 27. Visit the HBO Max home page to take advantage of the offer.

HBO Go is the on-demand streaming service that HBO cable viewers already receive as part of their subscription. WarnerMedia will not immediately shutter HBO Go/Now due to existing distribution contracts. HBO Now is also currently available on 22 different platform devices and HBO Max is not expected to be fully compatible with all of them by launch. At some point in the future, however, both services are expected to be folded into HBO Max.

HBO Max will feature the entire HBO library, which is serving as the foundational building block of the new streaming service. That includes hits shows such as Game of Thrones, The Sopranos, The Wire as well as Sex and the City, Westworld and Veep. The whole HBO enchilada is at your fingertips.

The service will be composed of a significant amount of licensed TV content as well, particularly from within the WarnerMedia library. This includes CNN, TNT, TBS, truTV, Cartoon Network, Adult Swim, Looney Tunes, and Crunchy Roll. That means Rick and Morty as well as The Big Bang Theory and even South Park will be available in addition to a handful of CW series. Oh, and Friends, which WarnerMedia dropped a cool $425 million to reclaim from Netflix. Be on the lookout for that unscripted Friends reunion special.

And what would a streaming service be without movies? HBO Max is set to house about 18,000 films, which covers HBO’s existing deal with Fox that runs through 2022 as well as Warner Bros. That will make for a serious lineup that includes nearly all of the DC superhero movies, The Matrix trilogy, the Lord of the Rings films and, eventually, the Harry Potter franchise (after the existing licensing deal with NBCU expires). Plus, every Studio Ghibli anime movie will be available on HBO Max as well. That’s a killer lineup.

Then, of course, we have the HBO Max originals. Available at launch, you’ll be able to watch:

-Love Life: A romantic comedy series starring Anna Kendrick and Scoot McNairy
-Legendary: A reality competition series showcasing the underground ballroom community
-On The Record: A documentary film that explores allegations of sexual abuse and harassment made against hip hop mogul Russell Simmons
-Craftopia, a crafting competition show
-Family-friendly and youth-oriented programs including fresh New Looney Tunes offerings and The Not Too Late Show with Elmo

Overall, incoming AT&T CEO John Stankey has stated the company’s goal of attracting 75 million to 90 million global subscribers by 2025, with 50 million of those in North America. Given the depth and breadth of WarnerMedia’s content, that very well may be in the cards. 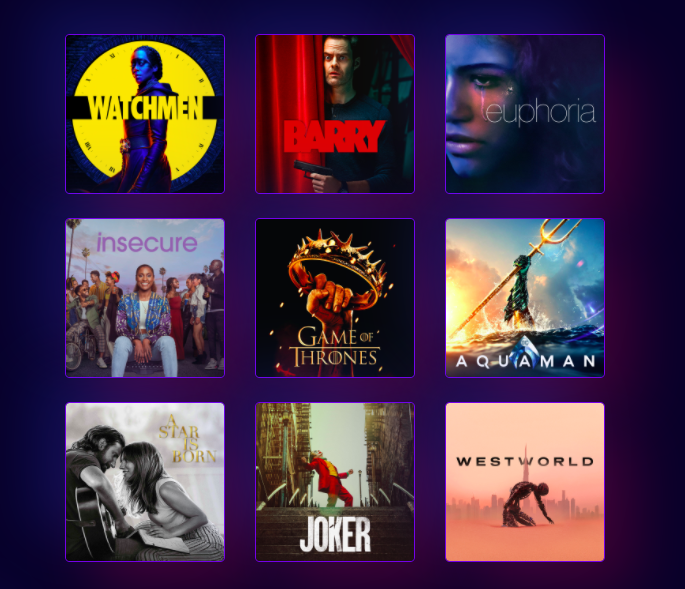