This week’s new independent film Driveways touches upon something so many of us need right now in a coronavirus quarantined world: human connection. The movie follows Kathy (Hong Chau of HBO’s “Watchmen”), a single mother, who drives to upstate New York with her eight-year-old son Cody (newcomer Lucas Jaye) to sell her deceased sister’s house. After discovering her sister was a hoarder, Kathy realizes that she didn’t know her sister at all. Meanwhile, Cody befriends Del, the Korean war veteran and widower next-door played by Tony Award-winner Brian Dennehy—who passed away last month at 81.

Driveways is an introspective, easy-going film that embodies the beautiful rapport that can build between strangers from different walks of life. It was nominated for two Independent Spirit Awards, including Best Female Lead (Chau) and Best First Screenplay (Hannah Bos and Paul Thureen).

Chau spoke to Observer from her home in Los Angeles about the appeal of the film’s script, working with Dennehy and why, for her, watching Driveways was like “biting into chocolate-covered sunshine.”

SEE ALSO: Not Even the Massive Success of Disney+ Can Save Disney Right Now

Observer: Thank you so much for talking with me about Driveways.

Hong Chau: I’m very proud of the film. When I watched it, I was by myself. Afterward, I emailed our director (Andrew Ahn), and I told him it was like biting into chocolate-covered sunshine. I don’t know how he did it. He made it look so easy because it wasn’t at all what I was expecting.

It was a really beautiful movie to watch. The film isn’t flooded with dialogue. What did you think while reading the script?

When I read the script, I knew the film would be we have a quiet, observational quality to it. One example is there was a description that said, “Cody is looking at a sticker on the counter” when we were in the hardware store. I knew that’s where the camera is going to be. The viewer’s going to see small details like that. I definitely knew that we were going to have a very gentle and observed story.

You had really great chemistry with Cody, your 8-year-old son in the movie. How much time did you spend with him before filming?

Lucas was the only child actor I read with. So that was a nice pleasant surprise because I thought I would have to meet with a small handful of kids. I was nervous about that because it’s not like you can say something like, “I hated this one.” Avy Kaufman, our casting director, did a really great job of selecting who she thought could be right for the role. Andrew Ahn told me that Lucas was the right fit and he wanted to see how we clicked.

When I first met Lucas, it was just about warming up to him physically. Would he let him touch him or hug him? Would he squirm away and feel really uncomfortable? It felt really easy and natural. I was lucky. This was my first time playing a mother and I haven’t worked with a child actor extensively before this. Lucas’ parents were great because they were there and supportive, but they also didn’t get in the way of the process of having my own relationship with Lucas. It was really important for us to have our time together and for me to have conversations with him and to be able to joke around with him without his parents being there. I think that really helped with the chemistry that you see on screen.

The other thing I appreciated is the representation of elderly people in the film. Off-camera how were the dynamics between all of the actors?

It was great. I filmed another indie movie right before Driveways. When I arrived on set, Lucas and Brian had already been filming for a few days or maybe a week before I got there so they were buddy-buddy by the time I arrived.

Brian loved to talk about his grandchildren. You could tell that he loved being around young people and he adored Lucas. Brian and I also talked about acting. He told me about growing up in New York. I remember him saying, “Whenever I drive around New York now, the thing that just bothers me is that there are no kids outside. There used to be kids everywhere and now, I just don’t see them.”

He also seemed to have had a very youthful demeanor. When I worked with him, he was close to 80 and we shot during the summer [in 2018]. Going back to your question about why seeing older people in movies is kind of rare. I think without sugar coating it, it’s physically difficult for somebody who is 80-years-old to be on a film set. Driveways had a tiny budget, and we didn’t even have trailers. Brian would usually hang out and rest in the living room of the other house [in the film] when we weren’t using it. Mobility was an issue, but he really loved being there and he put everything he had into it. That was inspiring for me.

One of the greatest legacies about Brian Dennehy’s acting career is that everyone has a film of his that they’re nostalgic about. My movie is Tommy Boy and my partner’s is First Blood.

Andrew [Ahn] has an older brother who does not care about his career as a film career as a director at all, but he perked up when he heard that Andrew was going to be directing a movie with Brian Dennehy in it. He was like, “Oh my God, the sheriff in Rambo?”

How do you think the film’s theme of human connection applies to the current events with coronavirus and quarantining?

I think it’s more than just being about human connection. The gentleness and the warmth of the film will be the thing that people can really enjoy. It’s not a film where anything bad happens to any of the characters. You don’t have to be afraid for them, and there’s no twists or turns or anything like that. It’s just an easy film that just allows you to sit back and just be with these characters. It makes me feel like I’m sitting on my porch drinking some iced tea. I don’t know what people are watching these days, but I think Driveways is a nice thing to watch when we’re all quarantined in our homes.

This interview was edited for brevity and clarity.

Driveways will be available on May 7th to stream or download on iTunes, Amazon Prime Video, Cable On-Demand, and Google Play. 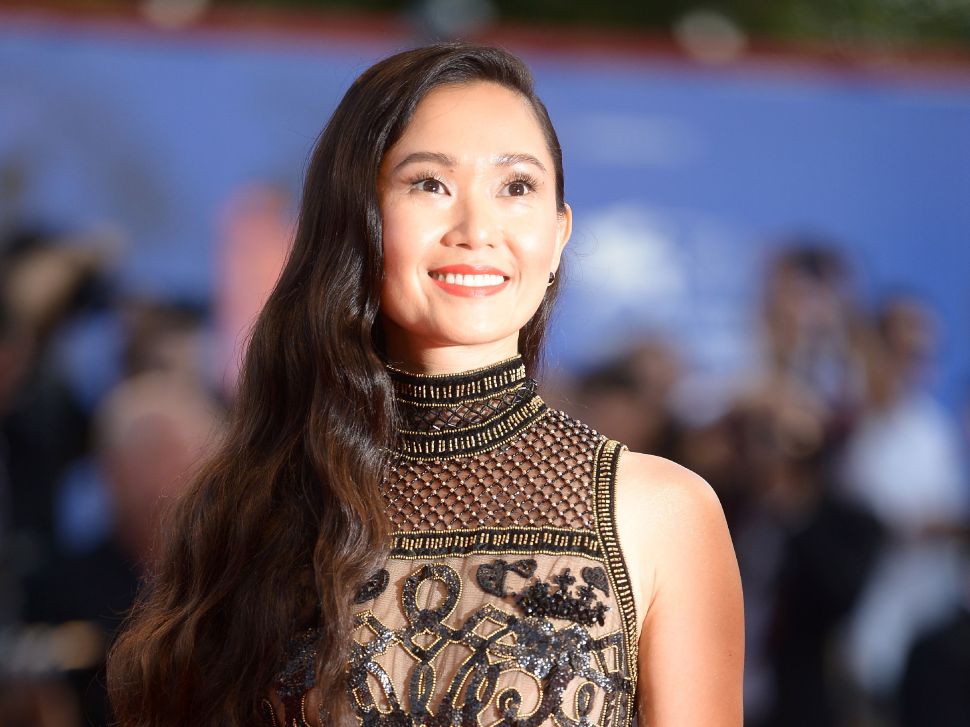