Last February, a proposed bill to allow extraditions from Hong Kong to mainland China kicked off months of continual, contentious protest in Hong Kong as citizens demonstrated for their right to autonomy from the Chinese government. Over the past year, the city has been further rocked by the coronavirus and by a continuation of the conflicts between itself and Beijing: on May 22, the National People’s Congress of China proposed an adjustment to Hong Kong law that would result in the criminalization of behaviors deemed threatening to the national security of China; on May 28, the law was passed. The definition of “behaviors” here is seen to include any speech, acts or forms of expression deemed subversive by the government. In response, over 1,500 arts and cultural workers in Hong Kong have signed a petition to convey their opposition to the proposed law.

“The Central Government is acting so heavy-handedly in its attempt to arrive at a swift, finalized solution, at a time when the Coronavirus pandemic is not yet over and the people of Hong Kong are still struggling to stay safe, resume work and reopen school,” the petition’s joint statement reads in part. If the law were to be passed, the statement continues, “we seriously question how much room would remain for free speech and artistic expression. Will participating in an international arts festival or inviting foreign artists to Hong Kong for artistic exchange be considered as inducing intervention by foreign countries or foreign forces? Will lyrics about anti-extradition protests be labelled as inciting terrorist activities?” The signatories include artists, musicians, filmmakers, educators, arts administrators and others in creative fields.

Over the years, Hong Kong has built itself into a hugely important location within the global art scene: the city supports multiple high-end galleries, art fairs, impressive museums and a community of artists eager to flourish and exhibit their work. There’s no question that the dual challenges of a global pandemic and a governmental crackdown against any behavior deemed threatening to national security could damage Hong Kong’s cultural presence beyond recognition. 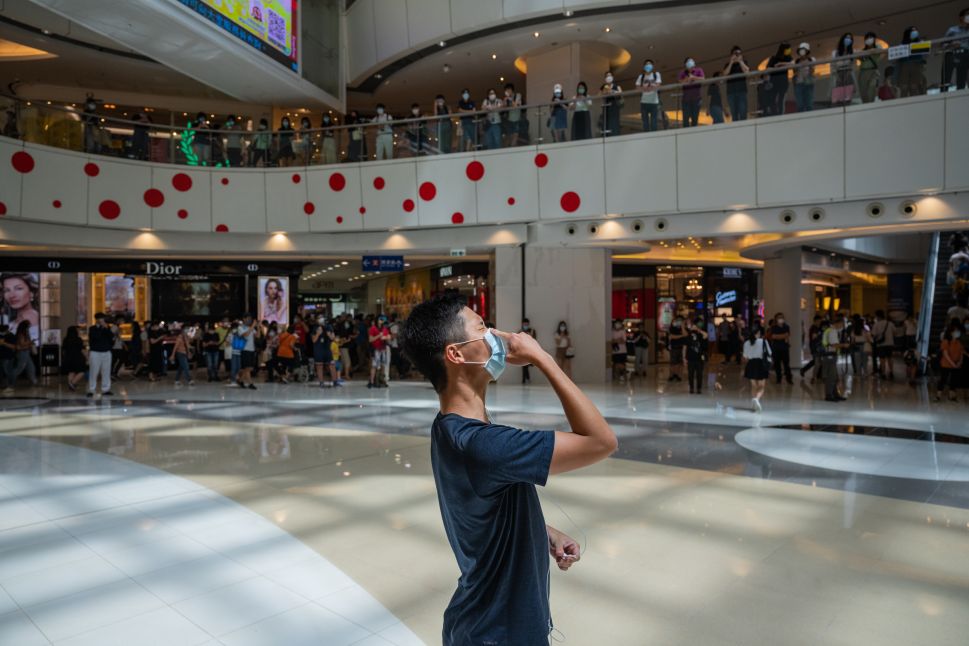