The Hunger Games by Suzanne Collins is often credited with starting Young Adult (YA) literature fever. Many like to point out that Harry Potter came before it, though technically with an 11 year old protagonist, Harry Potter might be best suited to “middle grade” readers. In between Harry Potter and The Hunger Games came Twilight. Twilight was exceptionally popular, especially with girls, but the female protagonist, Bella, was not particularly heroic.

Cue Katniss Everdeen, arguably the most admirable female YA protagonist. She’s not a brainy sidekick like Hermione, nor boy crazy like Bella. There is enough romance in The Hunger Games novels to keep teen and adult readers joining Team Peeta or Gale, but Katniss is a warrior, not a romantic heroine. She begins the first book hunting and battles her way through the trilogy, bow in hand. Countless YA novels with female protagonists followed in the wake of The Hunger Games but none were as influential or profitable.

SEE ALSO: YA Novel ‘The Art of Breaking Things’ Gives Teens the Tools They Need for the #MeToo Era

The Ballad of Songbirds and Snakes: A Hunger Games Novel by Suzanne Collins, which comes out ten years after the final Hunger Games book’s publication, has a surprising protagonist: the male villain of The Hunger Games series, Coriolanus Snow. Readers may question whether they will be able to root for a teenage version of the man they love to hate in this prequel, who psychologically and physically had Katniss Everdeen tortured to the point of mental collapse, and who oversaw the killing of countless citizens of his own country, including many children.

Collins already succeeded at giving us a flawed protagonist with Katniss, but Katniss is flawed in relatable ways. She’s unable to see love right in front of her, isn’t not great in front of cameras, and is in her own head too much. Meanwhile Snow is arrogant, classist, jealous and distrustful. While we love Katniss because of her devotion to her friends and family and her heroics to save those who are weaker than she, Snow’s good attributes, charm, studiousness and patriotism, don’t exactly meet the general criteria for a childhood hero. Katniss broke laws to save lives. Snow follows rules, except those that get in the way of his own interest. Throughout Ballad, readers are supposed to find him endearing because, as the jacket cover teases, he “feels for” a District 12 tribute. While he takes several risks for the girl, Snow spends most of the book toeing the Capitol line.

YA literature loves a sensitive male protagonist. Harry Potter. Percy Jackson. Could readers love a male protagonist in Panem? If he had Peeta’s kindness? Or Gale’s fire? Perhaps if we’d been able to follow Snow’s school friend, an expat from District 2, who does not like living in the Capitol, readers would root for a boy in a Hunger Games novel.

The real question is not whether or not we can support a boy as the lead in a YA book, but who is Collins writing for? Is she writing for a young adult audience, who may be discovering her decade-old series for the first time? Or is she writing for those who read the series a decade ago, who are now adults living in the complicated world they inherited, a world that often feels as though it’s veering into dystopia? Ballad is full of philosophy and questions about the role of government. Not that a young adult audience wouldn’t be able to grasp the modern connections, but the musings on the purpose of the Capitol’s control over the districts seem to be a nod to our current political climate. A scene in which children are kept in cages is surely not coincidental. Likely, Collins, who was inspired to write the original trilogy flipping channels between footage of the Iraq war and reality television, knows her fans are mainly voting adults now, and wrote for them.

The problem is that we know Snow becomes the epitome of evil. As fun as it is to see a bad guy come into his own, a la Maleficent and Joker, the joy of rooting for an underdog like Katniss is gone. Collins tries to sway us with the District 12 tribute, likely the songbird in her title, but readers know Snow is the snake.

We want to see the making of a monster in Snow’s backstory the way we like to investigate the worst politicians and serial killers. Ballad is peppered with Easter eggs for fans of the original series, including mockingjays. As fun as it is to get back in the games, readers of the prequel will miss their Mockingjay, Katniss, the girl on fire. Without her, the book’s fire has gone out. 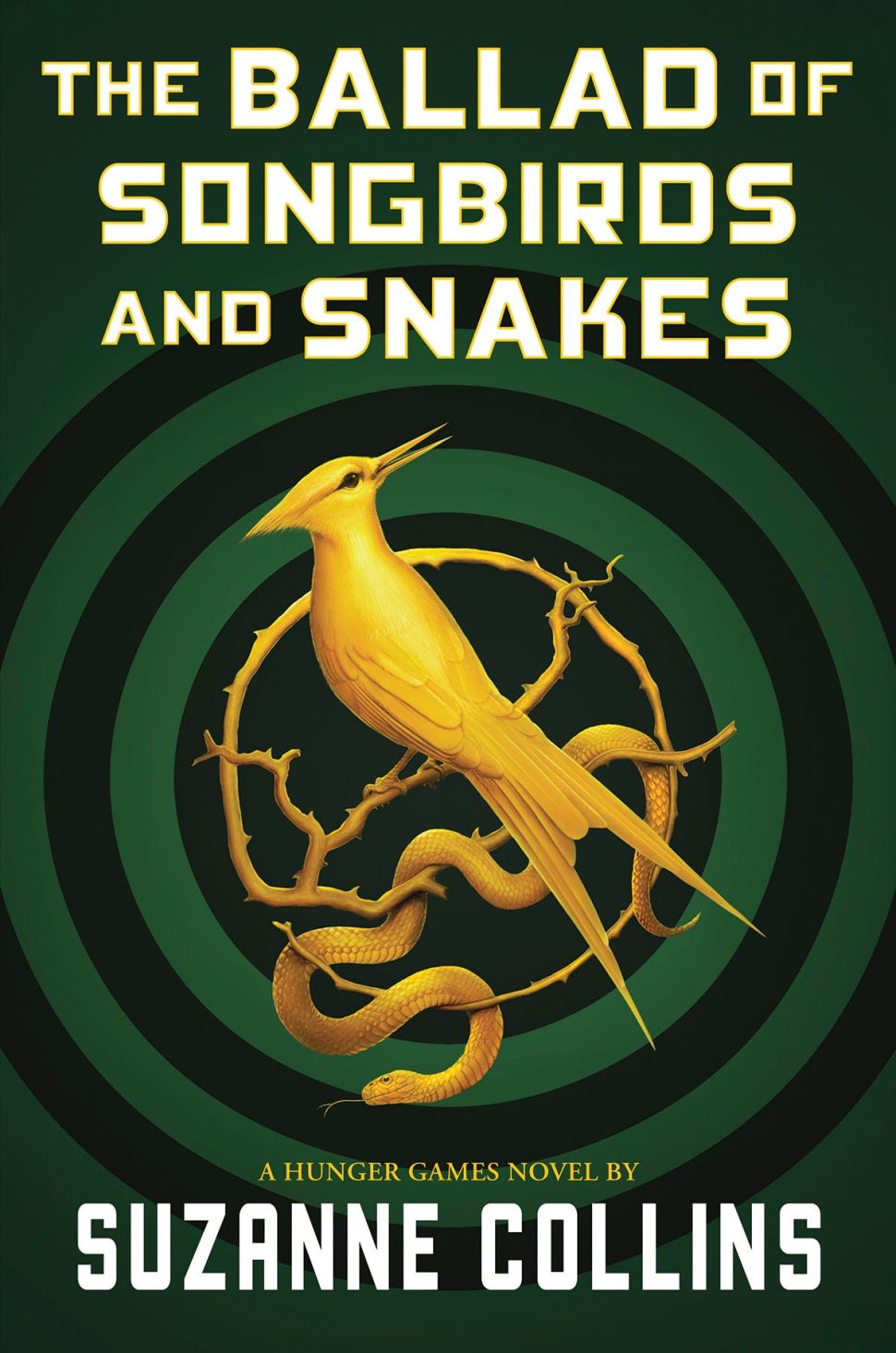