Let’s pause here for a moment.

Collins’ character holds a position that, in reality, has only been held by two people in the last 35 years. By the time they got the job, Robert Morgenthau and Cyrus Vance Jr. each had legal careers that exceeded the 31 years the Mirror, Mirror star has spent on earth.

So this Lauren Monroe must be a great legal strategist, right? As evidenced by the suspect decisions she makes as this ridiculously plotted thriller about a king-making New York family unfolds, that would be a no. She evinces a supreme dedication to her job then? No, she skips out of a court date in the one trial we see her prosecute to attend to family business.

SEE ALSO: ‘Scoob!’ Might Just Be the Feel-Good Balm You Need Right Now

The film, written by Matthew Kennedy and directed by Vaughn Stein (2018’s Terminal), doesn’t exactly give her a win-over-the-jury personality either. Based on what we are privy to here, her pulled-back hairstyle and choice of severe black trench coats serve as her primary qualifications for the job.

And yet Collins playing one of the nation’s top law enforcement officials is not the most unbelievable aspect of this several-steps-beyond-absurd dramatic thriller—not even close. Nor for that matter is bedroom-eyed Gossip Girl cutie Chace Crawford playing her little brother, a congressman running for his second term in office. Or even Patrick Warburton, Seinfeld‘s Puddy, as the ruthless financier patriarch whose first-act demise sets this risible tale in motion.

No, the story’s most preposterous part is the guy who has been living chained by his neck to a wall in a bunker on the Monroe property for the last 30-plus-years. The character, named Morgan Warner and played with an unintentionally comic brio by Simon Pegg in a Spinal Tap fright wig, knows the Monroe family secrets. Presumably, this is why the paterfamilias has given him the Rottweiler treatment for the last three decades, feeding him protein bars and peanut butter powder and a bit of chocolate every Christmas.

It is entirely possible to take an idea as laughable as this and imbue it with enough meaning and purpose to make it work. It’s not wholly unlike concepts explored in Bong Joon Ho’s Parasite, the most accomplished film of last year. And the inner workings of a messed-up New York dynasty has made for some of the most compelling television of the recent years in HBO’s Succession.

But Inheritance has not one iota of the thematic intensity of Bong’s film, nor any of the dynamic relationships that make Succession’s twists and turns impactful. Instead, there is nothing much on Inheritance’s mind, and the relationships end up as underdeveloped as the film’s cliché-ridden dialogue. Even when they are in conflict, the character interplay is flat, uncompelling and nonsensical. In flashbacks, we see Warburton’s character raging at Collins for having thrown away her promising legal career by becoming the district attorney of New York City.

Inheritance may have been more successful if it had been willing to embrace its own strangeness. Instead, despite the bizarre set-up, there is a paint-by-numbers quality to the writing and the storytelling. This is especially evident in Pegg frequently monologuing like a Bond villain preening in front of a shark tank while at other times ruminating about vengeance during lock-up workouts like Sideshow Bob planning Bart Simpson’s comeuppance.

The movie isn’t weird or the least bit surprising—it’s just the wrong kind of silly and blandly predictable. This Inheritance? Less than a handful of dust.

Inheritance is available on demand and digital on May 22. 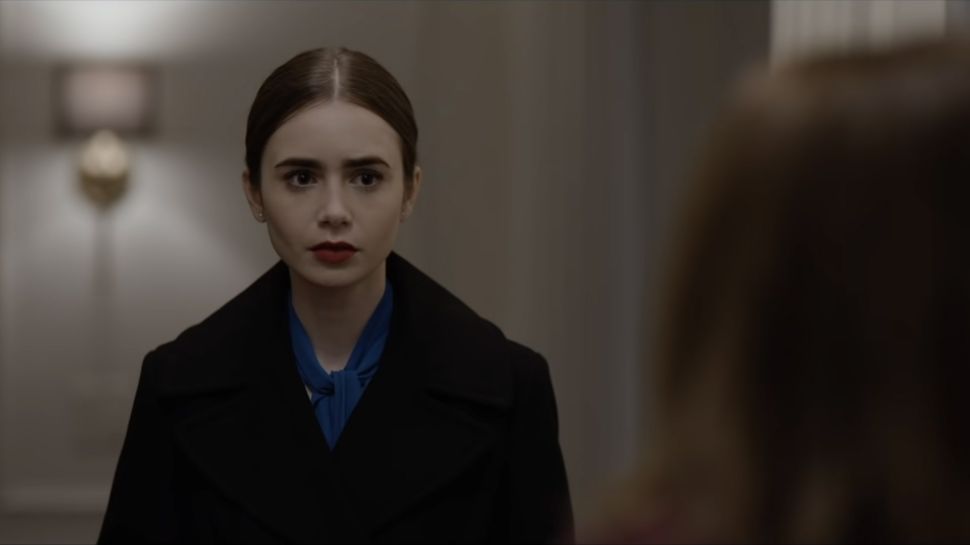